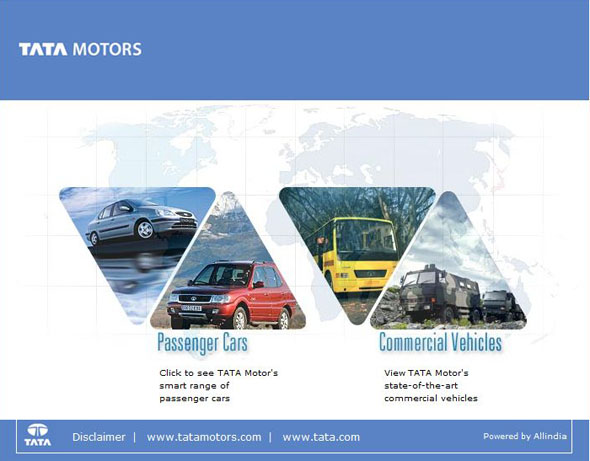 Cash inflow of approximately €300 million
Daimler Trucks and Mercedes-Benz Cars in very good positions and with increased activities in India
Excellent relations between Daimler and Tata remain unaffected
Daimler today sold all of its 5.34% of the ordinary shares of Indian automotive company Tata Motors to various groups of investors through the capital market. Tata Motors’ share price has risen significantly, especially last year, so Daimler will receive a substantial cash inflow of approximately €300 million from the sale of its shares. The transaction will have a positive effect on Daimler’s EBIT of approximately €265 million and will be accounted for in the first quarter of 2010.
Daimler is today in an excellent position to capitalize on the growth potential of the Indian passenger and commercial vehicle markets and continues to intensify its own activities there. An equity participation of Daimler in Tata is therefore no longer necessary. This has been done in full consultation with Tata. Relations between the two companies are excellent and will not be adversely affected by this sale.
Significant growth potential of Indian market
Despite the global financial crisis, the Indian economy is clearly booming, accompanied by dynamic social developments and a corresponding need to catch up for the country’s automotive industry. Daimler is participating in these growth opportunities by strengthening its own activities in both, the car and commercial vehicle sectors.
Mercedes-Benz Cars
Mercedes-Benz is firmly established in India. The wholly owned subsidiary Mercedes-Benz India has been producing Mercedes-Benz cars and commercial vehicles in Pune since 1995. In February 2009, a new plant was opened in Pune for Mercedes-Benz E-Class and S-Class models. Meanwhile, the brand is represented with showrooms and service centers in 25 cities.
The brand with the star started successfully into 2010 in India: In the first two months, Mercedes-Benz almost doubled its sales to a total of 800 vehicles. Additional positive impetus is expected this year from the launch of the new E-Class. In 2010, Mercedes-Benz intends to gain market share and to grow at a double-digit rate. A total of more than 3,200 Mercedes-Benz cars were delivered to customers in India last year.
Daimler Trucks
Daimler Trucks sees India as one of the key markets of the future, because particularly strong growth in demand for commercial vehicles is expected in the BRIC countries (Brazil, Russia, India and China). Daimler India Commercial Vehicles Ltd. (DICV) took over the marketing of Fuso branded commercial vehicles in India at the beginning of 2010. The first Fuso vehicle was sold to an Indian customer in January 2010.
For Daimler Trucks, India is not only a fast-growing market, but also the key to a completely new generation of products. In 2009, Daimler Trucks founded its own production company, Daimler India Commercial Vehicles Ltd. (DICV), which is building a new plant in Chennai in the southeast of India. Starting in 2012, the new plant will initially produce light, medium and heavy-duty commercial vehicles for the Indian volume market under a new brand name. The production of trucks for export to other emerging markets will follow at a later date.
In addition to its car and commercial vehicle activities, Daimler also established its biggest research and development center outside Germany in Bangalore in 1996.