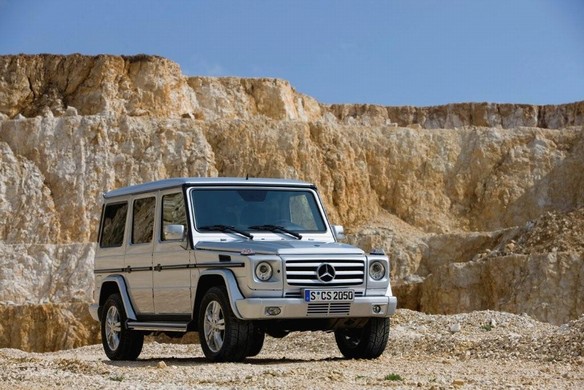 It has been the definitive cross-country vehicle since 1979. It has won the Paris-Dakar Rally, is deemed a worthy means of transport for the Pope, ranks as an automotive design icon, is a serial winner of readers’ polls and constitutes the gene pool for a Mercedes-Benz SUV family that now numbers four model series in all. It is, of course the G-Class. It has been in production for 29 years now, making the G-Class by far the longest-serving passenger car model series there has been since Mercedes-Benz came into existence in 1886. And its haul of superlatives is set to grow still further, because the G-Class is subject to continual updating that keeps it in touch with the very latest motoring technology. This time, once again, the exterior has only been modernised to a limited degree quite deliberately. The advances mainly centre on the vehicle’s telematics, along with the new
5.5-litre V8 engine that is available for the G 500. 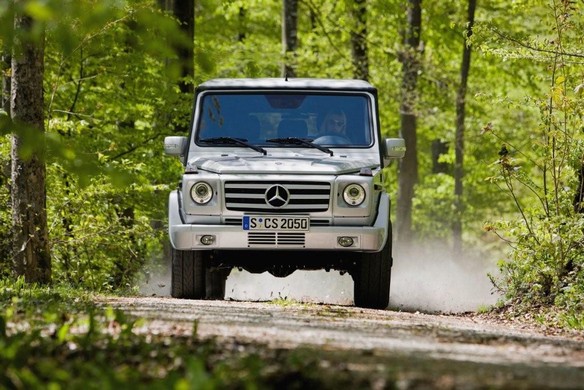 From the outside, the newest generation of the G-Class can be identified by its restyled, three-fin radiator grille, with the G 500 sporting new-look 18-inch lightalloy wheels as an additional distinguishing feature. The model range continues to comprise three different body variants (short-wheelbase Station Wagon, longwheelbase Station Wagon and Cabriolet), which are either powered by the fuelefficient V6 CDI engine generating 165 kW/224 hp and 540 newton metres or a new, mighty 5.5-litre V8 petrol unit with an output of 285 kW/388 hp and 530 newton metres of torque. This new engine propels the G-Class to sports-car-like performance*: the dash from 0 to 100 km/h is completed in just 5.9 seconds. 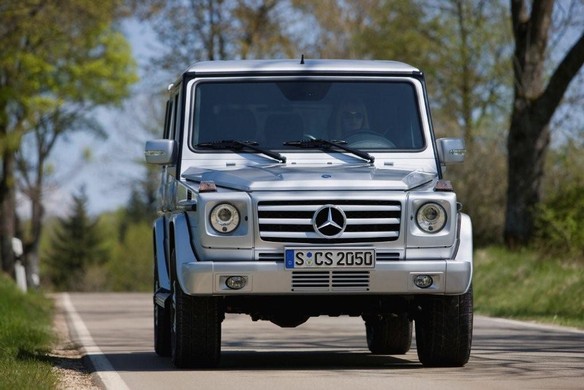 New telematics generation with useful extra functions The latest edition of the G-Class is equipped with the advanced, more userfriendly generation of telematics technology. A Bluetooth hands-free system for mobile phones is built in as standard. A new media interface can also be specified as an option that allows an external music storage device to be linked up to the  off-roader’s on-board electronics and control system. Audio tracks appear in the instrument cluster and in the centre console’s colour display, and can be simply called up by using the buttons on the multifunction steering wheel. The audio device’s battery is recharged at the same time. The Audio 20 CD including a builtin six-disc CD changer is standard for the G 320 CDI models. This unit includes a dual tuner for superior radio reception, speed-sensitive volume control, as well as a keypad for entering telephone numbers and radio frequencies. There is also a Bluetooth interface which establishes a wireless connection between a mobilephone and the vehicle’s hands-free system. 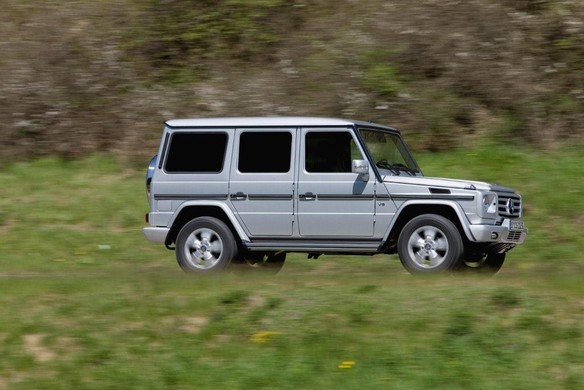 COMAND APS standard on G 500
All G 500 model versions feature the COMAND APS infotainment system with a built-in six-disc DVD changer. The system’s specification includes hard-disc navigation with a tracking function outside digitised areas, telephone operation, plus a special off-road menu. COMAND APS also incorporates the new LINGUATRONIC system with extended functionality. The voice-operated control now recognises whole-word commands, which can be spoken by anyone without the need to train the system first. The system is simply activated by means of a control on the right of the multifunction steering wheel. It can be used for making a call by saying the telephone number, controlling the audio system, calling up the global address book and operating the navigation system. COMAND APS may also be combined with the optional TV tuner and reversing camera. There are other equipment options too: for the ultimate in listening pleasure there is the Harman Kardon Logic7 surround sound system with 12 highperformance speakers and an output of 450 watts, while climatised seats offer
enhanced seating comfort for the driver and front passenger. 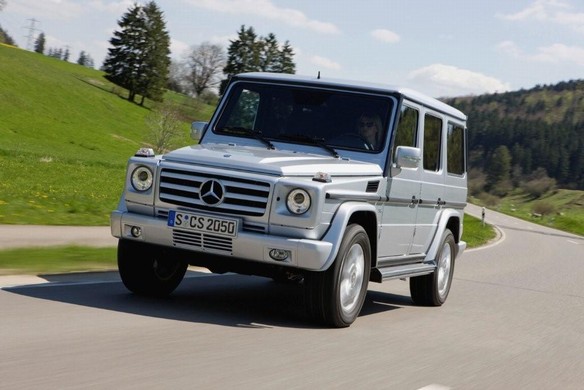 The classic Mercedes-Benz Cross-Country Vehicle serves up a majestic blend of high-performance powertrain and dynamic handling control systems. In addition to permanent all-wheel drive with a low-range ratio and the 7G-TRONIC sevenspeed automatic transmission, the standard specification includes the electronically controlled traction system 4ETS, the Electronic Stability Program ESP, as well as three differential locks which can be engaged at the push of a button. Since Mercedes-Benz first commissioned Magna Steyr in the Austrian city of Graz to produce the G-Class in 1979, close on 200,000 have been built. And this enduring success story is far from over: the “G”, as it is affectionately known, will continue to round off Mercedes-Benz’s high-calibre line-up of SUVs alongside the GL, ML and GLK-Class, and is due to celebrate its 30th anniversary in 2009. 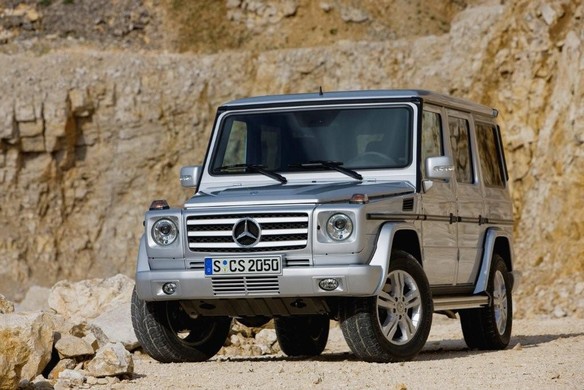