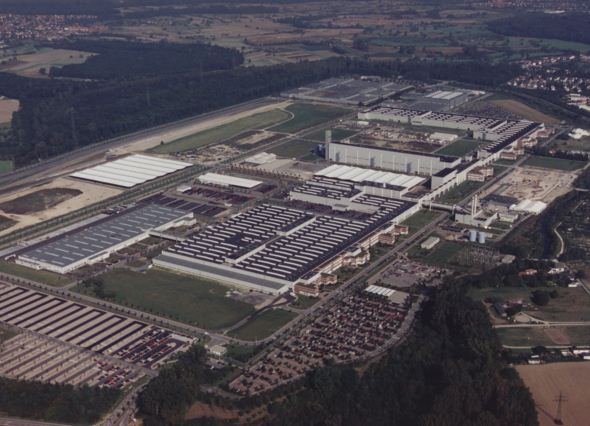 Stuttgart/Rastatt – It was an auspicious moment, when on18 July 1990 Werner Niefer, the then Chairman of the Board of Management of Mercedes-Benz AG, ceremonially broke the ground for a new assembly plant at Rastatt. This would be the company’s third passenger car production facility in Germany, after Sindelfingen and Bremen. 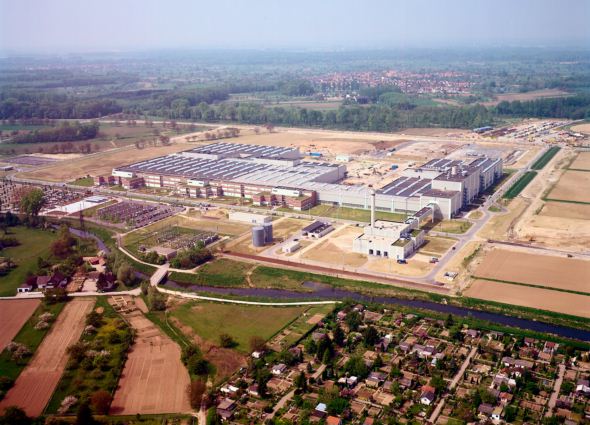 The Rastatt plant was officially opened in May 1992 by the German Chancellor Helmut Kohl. Initially E-Class vehicles were produced here by a workforce of 1700, starting with the W 124 series and then until 1996 the W 210 successor series. Series production of the A-Class (W 168) then began in summer 1997 – Rastatt became the main location for production of this new Mercedes-Benz series that rounded off the lower end of the product portfolio. 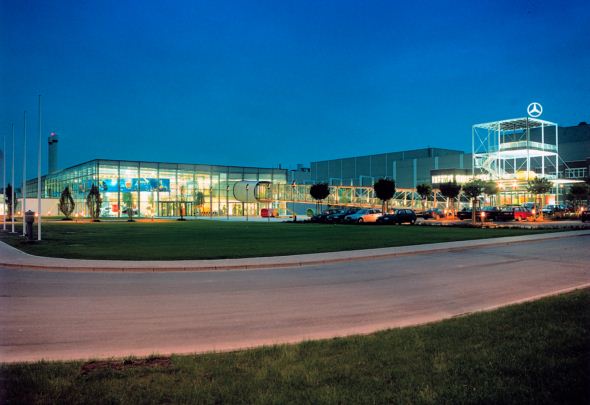 During its production period from 1997 to 2004 it achieved sales of over 1.1 million units. That same year, 1997, the company also opened the Mercedes-Benz Customer Centre in Rastatt. Here customers could collect new vehicles in person, take a guided tour of the factory and visit exhibitions covering a wide range of automotive themes. A variety of events were also staged at the Customer Centre. 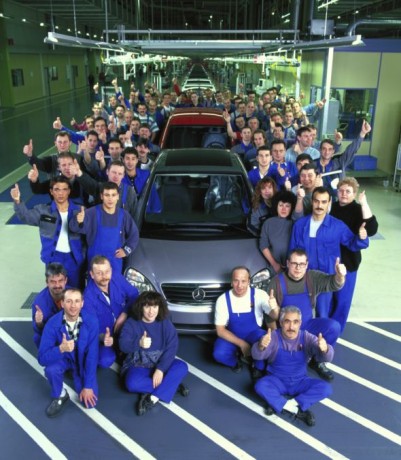 The decision to adopt Rastatt as a location was not an easy one, since several cities had shown interest in accommodating the plant, which in its first development stage promised jobs for 5,500 employees. Discussions extended to locations in France, the United Kingdom and the Czech Republic; in addition, concerns about the Rastatt site were raised by environmentalists. So not only did the decision have far-reaching economic implications, it also had a political impact at both the regional and federal levels. 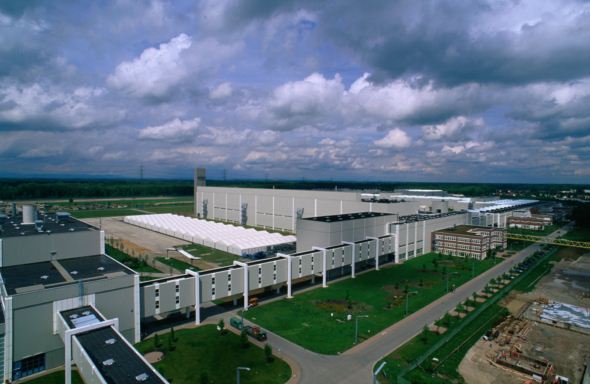 Particularly as the new plant would have significant symbolic value for Germany as a production location – at issue here was the creation of a profitable car production facility in a strong business environment. But ultimately the decision went with Rastatt and Daimler-Benz called the new passenger car assembly plant a “milestone for automotive production of the future”. In total the company invested DM 2 billion in the location at the time. 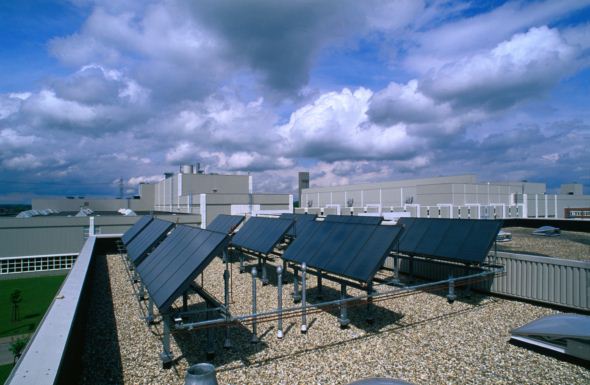 In three initial phases the company created one of the most advanced production facilities in the entire automotive industry, a complete assembly plant, including assembly lines, paint shop and body shell shop, which expanded the strategic and operational options for passenger car production for the Mercedes-Benz brand. As such, therefore, the factory was a model for all other plants and made a decisive contribution to safeguarding the company’s competitive edge over its competitors in the long term, as was stated in a brochure published to mark the plant’s official opening. New production technologies, new working time models, new forms of labour and new environmental protection concepts were implemented in order to achieve state-of-the-art automotive production. Future expansions ensured the plant was always up to date. 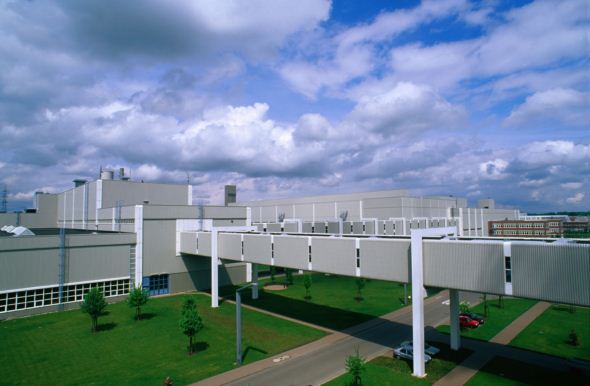 The location was chosen with great forethought. For the new plant was largely to be part of a closely integrated production network (“Südschiene”), similar to the one that has proved so effective in producing the compact class over the years between the plants at Bremen and Sindelfingen (“Nordschiene”). The aim of integrated production was to achieve optimised production workflows across respective plant boundaries by implementing commonsense approaches to labour division. This was documented by parts supplies from the five sister plants at Gaggenau, Sindelfingen, Untertürkheim, Hamburg and Bremen. 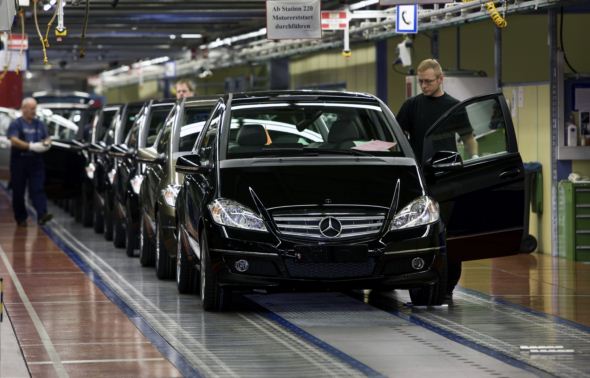 Production start-up for the A-Class (168 series) also saw the relocation of individual suppliers to the plant premises. The so-called industrial park accommodated various companies which used conveyor bridges and conveyor technology to supply components for both A and B-Class directly to the assembly lines. This “just in sequence” supply approach cut down on delivery transport and reduced warehousing times. Partners on the industrial park supplied over 50 percent of all parts for assembly. Components for vehicles produced in Rastatt came from 330 suppliers in total. Thanks to a rail line on the plant premises, 75 percent of all freight could be delivered by rail directly to the production hall. 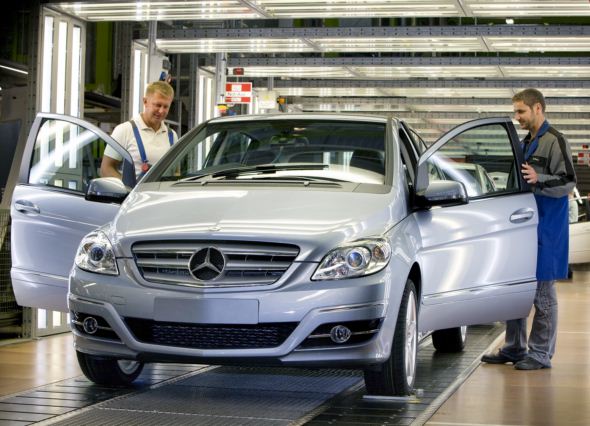 From 2000 onwards the company then invested around 900 million euros in the Rastatt site for production start-up of the second generation A-Class (169 series) and the B-Class, including measures to expand the industrial park. The main expansion phase for the plant began in 2002, its tenth anniversary year. By increasing the usable floor area by 160,000 square metres, over 60,000 square metres of which were earmarked for body-in-white production and painting, the company laid the foundations for production of a second model series, the B-Class (245 series). A new hall was constructed on the premises for final assembly of this series. 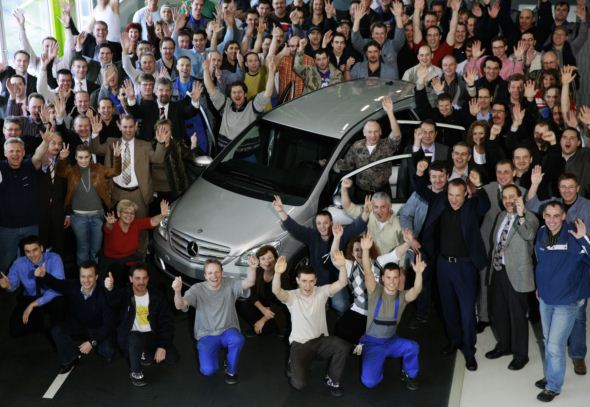 The Rastatt plant has now fully established itself. 2008 saw the two millionth vehicle from the A and B-Class come off the production line. The plant premises cover a total area of 1,473,000 square metres, 405,680 square metres of which are built on. Production capacity is around 250,000 vehicles per year. The plant employs a workforce of 5,500 employees (as of 31 December 2009). 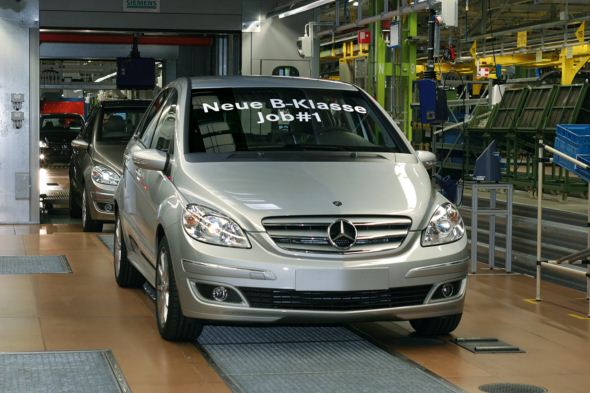 Compact vehicles are now a regular component of the Mercedes-Benz product portfolio. The brand will in future offer four rather than just two models with a view to winning new customer groups and creating growth in additional markets. Three of these models will come off the production lines in Rastatt. The plant is gearing up fort his with an investment of 600 million euros. In addition to existing buildings, preparations include construction of a further production hall for body-in-white production. The first vehicles of the successor generation of A and B-Class are scheduled to come off the production lines in Rastatt in late 2011. 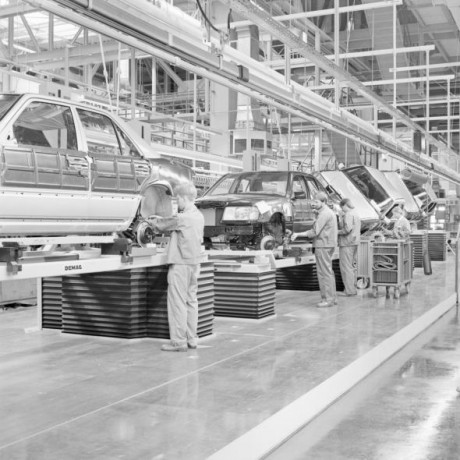 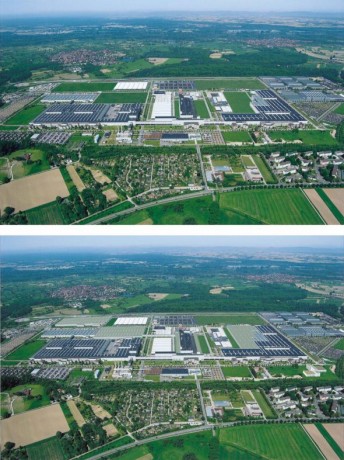 A Couple of rather nice Lorinser objects