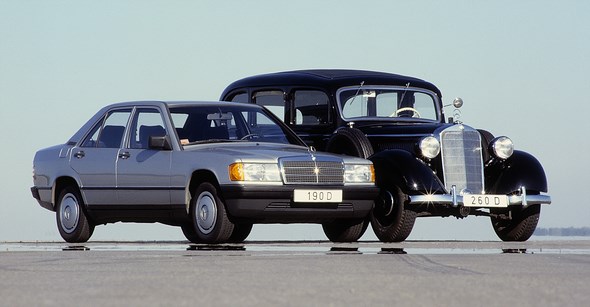 The diesel engine having already proved its worth and demonstrated its merits in commercial vehicles, it seemed an obvious step to develop a diesel-engined passenger car. 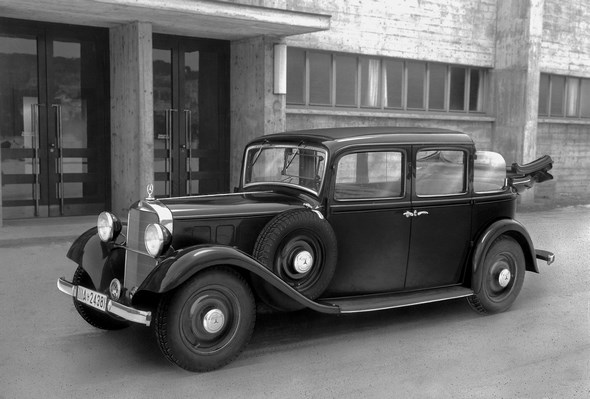 In autumn 1933, the first experimental engines, 80 hp 3.8‑litre six-cylinder units, were fitted in test vehicles of the Mannheim model. 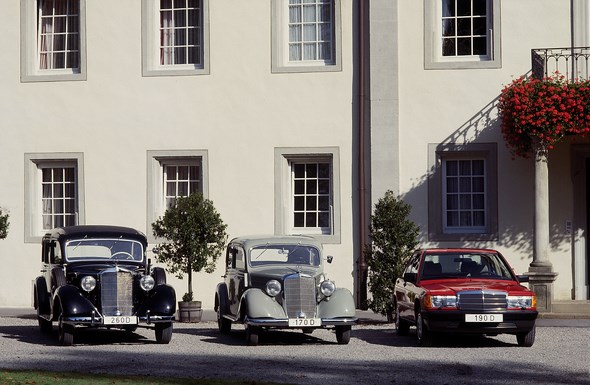 However, the vibrations from the engine were too strong for the chassis, making its use in a passenger car impossible. 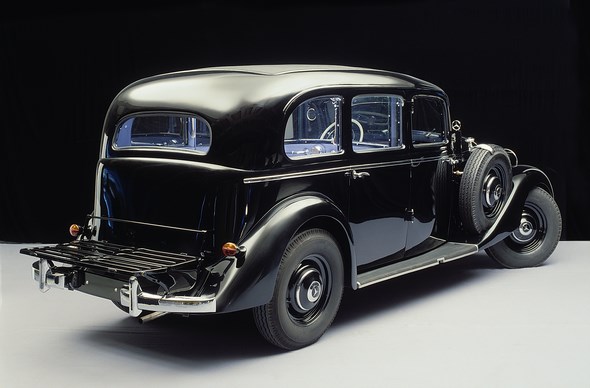 Thereupon, a four-cylinder diesel engine with identical cylinder dimensions and lower power density was developed. The 2.6‑litre engine with a power output of 45 hp was installed in the long-wheelbase version of the 200. 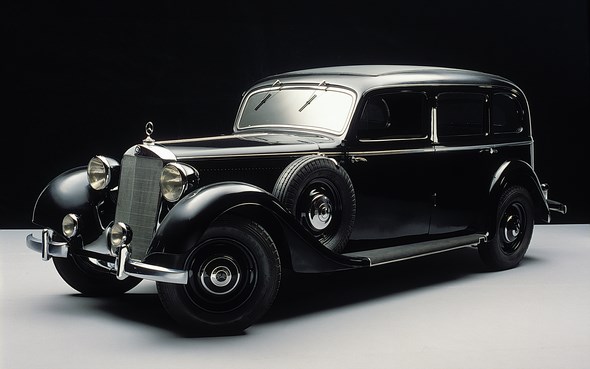 At the end of a protracted testing programme, production maturity was achieved in mid-1935. In February 1936 at the Berlin Motor Show, Daimler-Benz presented the 260 D in the form of a six-seater pullman landaulet, 13 units of which had been built since July 1935. 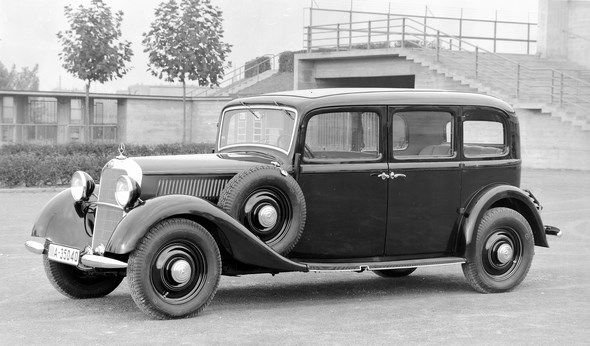 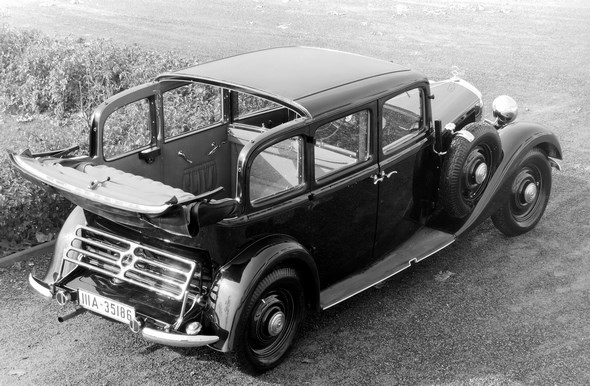 From September 1936, the 260 D was available in a range of different body variants. In addition to the pullman landaulet, there were three other versions, which were already familiar from the long-wheelbase 200: the closed pullman saloon, the four-/five‑s eater saloon and the four-/five‑s eater Convertible B.

One year after its launch in Berlin, the 260 D, like the 230, which had since superseded the long-wheelbase 200, was brought out in an improved version. 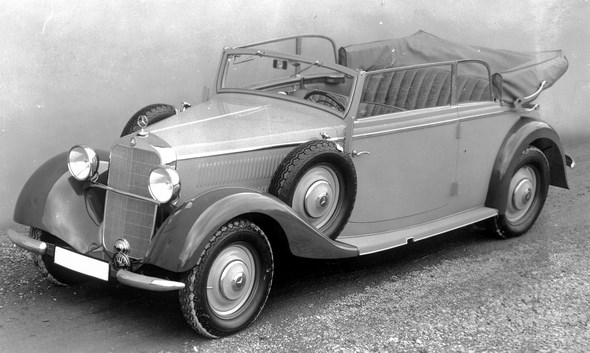 The facelifted variant was identifiable at first glance by modifications to the look of the radiator. Somewhat smaller in diameter, the headlamps were enclosed inside more spherical housings, which were attached directly to the wing on cast legs.

This dispensed with the need for the chrome-plated transverse rod in front of the radiator, which was very popular with many customers. The two six-/seven‑seater model variants additionally benefited from restyled, more spacious bodies of more prestigious appearance. 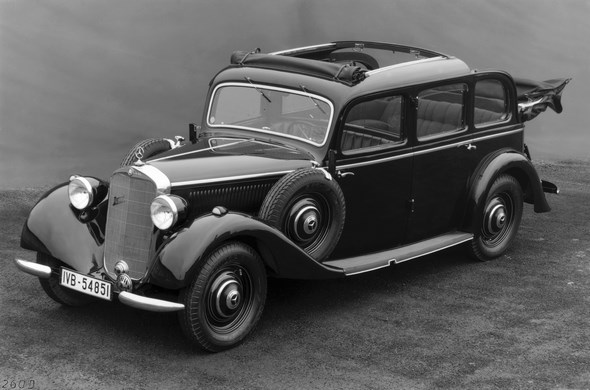 There was also a host of technical modifications. The front- and rear-axle track width on all models was increased. Now with a capacity of 50 instead of 45 litres, the fuel tank was no longer in the engine compartment, but at the rear of the vehicle.

In February 1938, the previous overdrive transmission was replaced by an all-synchromesh four-speed transmission with direct-drive fourth gear. 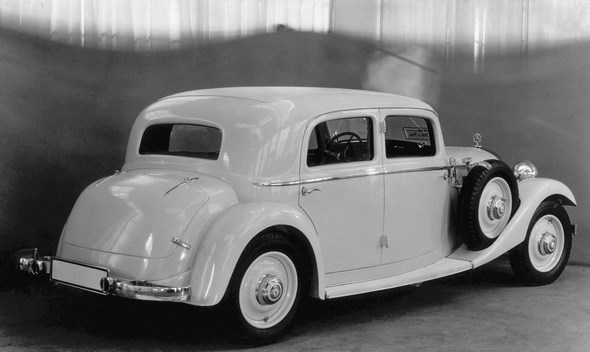 The rear axle was fitted with double-acting hydraulic shock absorbers. An important innovation, likewise introduced in early 1938, was the electrically heated glow plug, which made it easier to start the engine from cold.

Last but not least, the 1938 model year also saw the introduction of new, rugged-looking bumpers to replace the dainty design of 1936/37.

By December 1940, 1.967 units of the 260 D, known within the company as the W 138, had been built. The merits of the diesel engine – durability and economy – were now impressively demonstrated also in a passenger car. 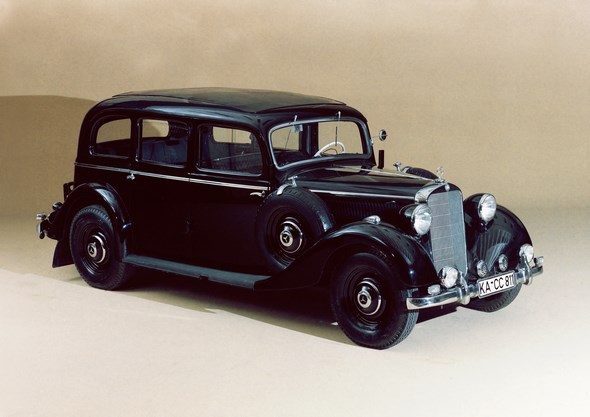 The 260 D thus laid the foundation stone for the enduring success of the diesel-engined passenger car.

The fact that the first exemplars were used almost exclusively as taxis was attributable not only to the particular economy of the engine, but also to the spacious six-seater body, which had come onto the market in early 1934 with the long-wheelbase version of the 200.

Here’s something to think about: How come you never see a headline like ‘Psychic Wins Lottery’?