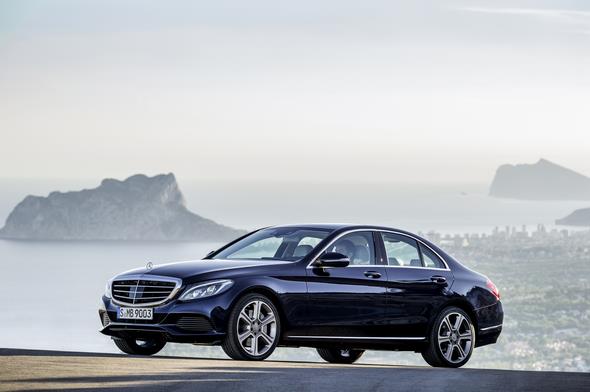 Stuttgart – In no less than five out of six categories, the readers of specialist magazine AUTO BILD have voted models from Mercedes-Benz as the most beautiful cars.

In addition, the C-Class also picked up top honours in the rankings for the AUTO BILD Design Award 2014 as the overall winner.

As part of the AUTO BILD Design Award, readers chose models from Mercedes-Benz as Germany’s most beautiful cars in their respective classes in five out of six categories.

In the mid-range and luxury class category, the C-Class won favour among readers to take first place, while second place went to the S-Class. In the Coupé and Cabriolet category it was the turn of the S-Class Coupé to be rewarded with this year’s AUTO BILD Design Award.

In the race for the most beautiful SUV, meanwhile, the GLA crossed the finish line in first place, while in the category for studies and concept cars the Mercedes-Benz AMG Vision Gran Turismo proved unbeatable.

This overwhelming result speaks volumes for the particularly high quality and attractiveness of the current design of Mercedes-Benz vehicles.

This is also underscored to impressive effect by the positions achieved in the overall rankings comprising all categories: emerging as the overall winner was the C-Class, followed by the S-Class Coupé in second place and the S-Class in third place.

As a result, in 2014 Mercedes-Benz has succeeded in securing victory in every category in which the premium brand was nominated with a vehicle, and has now also been named as overall winner of this automotive beauty contest for the sixth time in a row.

The C-Class, which not only won in its category but was also named the outright design champion, impresses with a modern aesthetic appeal characterised by sensual lines and surfaces, which immediately capture onlookers with a sense of harmony and excitement.

The Mercedes-Benz designers have also styled its interior using new, progressive ideas and on a level which is rarely encountered even in higher vehicle categories.

Taking second place in this category, the S-Class continues the tradition of representing the standard for luxury and automotive superiority of its respective era.

The S-Class Coupé picked up top honours in its category as a breathtaking, aesthetically exclusive, top-class two-door model, featuring high-quality equipment and appointments and a sense of accomplished sportiness – and is, according to many readers, perhaps the most beautiful coupé of all time.

The Mercedes-Benz GLA secured victory in the category for SUVs, vans and all-wheel drive vehicles. Progressive in its design, it offers a convincing new interpretation of the compact SUV segment.

Youthful, with flowing dynamic lines and exuding complete excitement, the newcomer’s typical Mercedes genes allow it to offer a glimpse of the future for this category of vehicle as a means of escaping the humdrum of everyday life.

Although not really designed to take to the roads, the Mercedes-Benz AMG Vision Gran Turismo was the winner in the category for studies and concept cars.

It is more a visionary concept of a super sports car, which was developed for the new PlayStation racing game Gran Turismo 6.