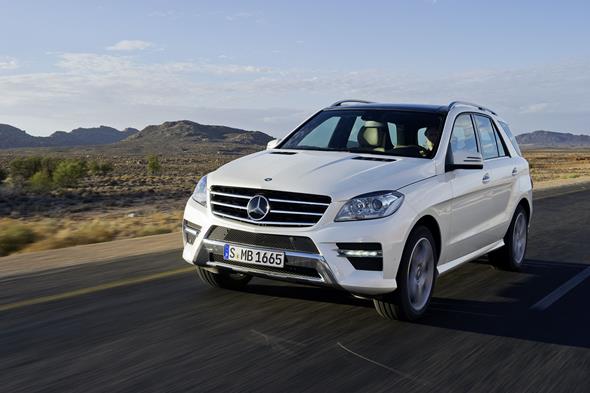 M-Class and B-Class are the most environmentally friendly

Stuttgart – The renowned German environmental research institute “ÖkoTrend” has ascertained that the Mercedes-Benz ML 250 BlueTEC 4MATIC and Mercedes-Benz B 200 Natural Gas Drive are the most eco- friendly cars in their class. Both models have thus now been honoured as “Winners in Green” by the magazine AUTO TEST

The independent research institute “ÖkoTrend” in Germany has been analysing and evaluating products according to ecological criteria and in terms of the social and environmental responsibility of their manufacturers since 1995. The environmental car ranking, published annually, is always awaited with great interest.

The environmental credentials of a broad range of cars are thoroughly assessed in twelve different categories on the basis of extensive data accumulated by the Institute. The categories include fuel consumption, pollutant emissions, manufacturing, logistics, recycling and the environmental management system operated by the manufacturer.

For the second consecutive time, the top spot among the SUVs has been taken by the Mercedes-Benz ML 250 BlueTEC 4MATIC. When it came to the compact MPVs, first place also went to a Mercedes-Benz – the B 200 Natural Gas Drive. Specialist journal AUTO TEST has therefore honoured both cars with the title of “AUTO TEST WINNER in GREEN! 2013”.

The Mercedes-Benz ML 250 BlueTEC 4MATIC owes its top ranking among the SUVs to, amongst other things, its state-of-the-art four-cylinder diesel engine, which features both direct injection and turbocharging. From a displacement of 2143 cc the car delivers an output of 150 kW (204 hp) and impressive torque of 500 Newton metres.

This allows it to accelerate from 0 to 100 km/h in 9 seconds and to use a mere 6 litres of fuel per 100 kilometres, while emitting just 158 g/km of CO2 (combined). It is therefore able to travel a distance of up to 1500 kilometres without the need for refuelling. The Mercedes-Benz B 200 Natural Gas Drive operates on the basis of Monovalent+.

This means that the engine runs as a general rule on natural gas, but that the vehicle also has a small, 12‑litre petrol tank on board to cope with any emergencies. Should the natural gas tank at any point run empty, the vehicle will switch automatically and imperceptibly to run on petrol. 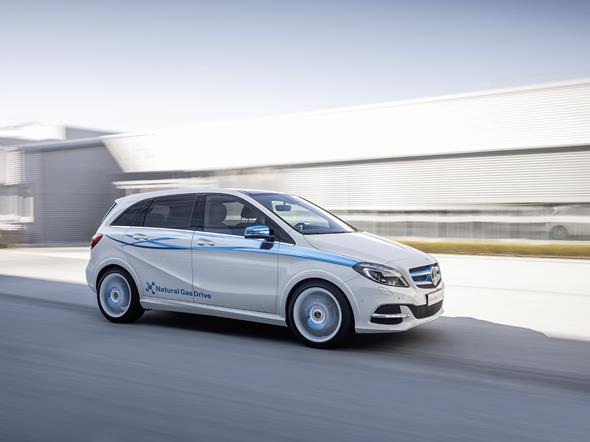 Thanks to its natural gas drive system, the CO2 emissions of the 115 kW (156 hp) engine in the B 200 Natural Gas Drive have been reduced by more than 16 percent. Furthermore its exhaust gas emissions are significantly cleaner than those of a vehicle running on petrol or diesel, while the fuel costs are around 50 percent lower than for the equivalent petrol-engine model.

Because the driver is not able to actively select the petrol operating mode, the B 200 natural Gas Drive is certified as a natural gas vehicle and thus able to benefit from tax incentives. The range of the vehicle in natural gas operating mode is around 500 kilometres.