The Cabriolet Collection from Mercedes-Benz Cars: Available in all sizes 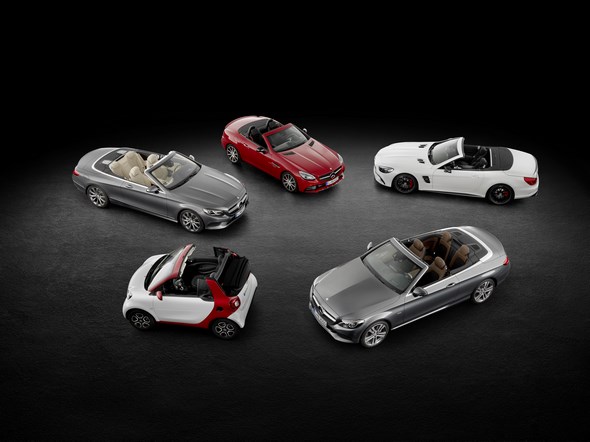 For Mercedes-Benz, 2016 is the year of the convertible and the roadster. No other manufacturer offers so many and such young convertibles and roadsters as Mercedes-Benz Cars.

The new C-Class Cabriolet – the latest in a long line of dream cars – has just had its world premiere in Geneva. Other signs of spring are the two updated SL and SLC Roadsters.

That is reason enough to compile a number of facts about the largest and smallest convertibles from Mercedes-Benz Cars that would normally not be seen in a press kit. 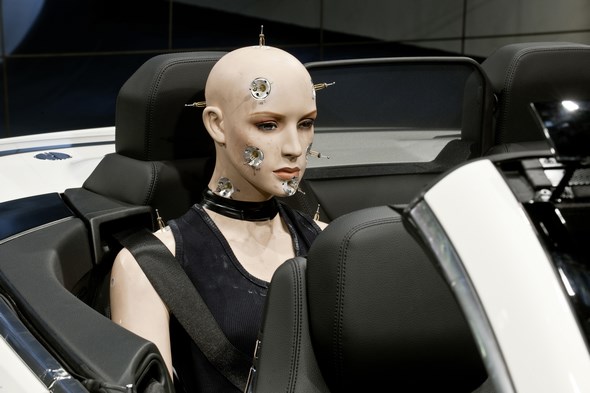 Did you know that…

… a smart fortwo can theoretically cover 116 kilometres with the fuel reserve in its tank, and the S-Class around 94 kilometres? 5 of the 28 litres in the tank of the smart fortwo 52 kW twinamic are a reserve, the combined NEDC fuel consumption is 4.3 litres/100 km. The data for the S 500: 80-litre tank, 8-litre reserve, NEDC consumption 8.5 l/100 km.

…Tanja was one of the first test drivers in both cars? Tanja is the nickname the convertible developers have given to a test dummy used to measure draughts in the wind tunnel. The young lady is fitted with a total of 16 speed sensors. These measure the flow rate of the airstream in the interior when the roof is open. The values obtained are weighted, as a draught around the neck area is much more annoying than e.g. at the crown of the head. Adding the weighted values together produces the so-called “feel-good factor”. This is a number describing how well the occupants of a convertible are protected from draughts.

…both models are the latest variants in a successful model family? The S‑Class Cabriolet is the sixth variant in the current S-Class family launched in 2013, while the smart cabrio is the third variant of the new generation launched in November 2014.

…all convertibles produced by Mercedes-Benz Cars must absolve the same stringent tests? These include e.g. endurance testing with 20,000 opening/ closing cycles and a car wash test with 500 cycles.

… convertibles are built for use in the summer, but at Mercedes-Benz Cars they still have to absolve stringent winter tests? These include dependable opening and closing of the soft top in temperatures ranging from -15° to +80°C.

… the word “Cabriolet” comes from the French verb “cabrioler”? “Cabrioler” in French means to leap or caper about. In the early years of the automobile, however, open-top motoring as a guarantee for high spirits did not yet need a special body design. Because the period between 1886 and around 1920 was dominated by the open-top automobile anyway.And the term “Cabriolet” comes from the time of the horse-drawn coach: it was the name given to a light, open coach drawn by two horses. This 2-horsepower vehicle was mainly reserved for pleasurable excursions in fine weather.

… up until the 1950s, there were six different types of convertible body produced by Mercedes-Benz — not counting roadsters? The different body types:

… S-Class enthusiasts had to wait 15 times longer for a Cabriolet than smart fans? The new S-Class Cabriolet is the first open-top luxury four-seater from Mercedes-Benz since 1971. The first smart fortwo cabrio, on the other hand, was already introduced in spring 2000, i.e. around three years after the launch of the completely new mobility concept.

… the smart fortwo cabrio has its top down faster than the Mercedes
S-Class Cabriolet? It takes around 12 seconds for the smart, the “tritop” fabric soft top of which is electrically opened and closed. The time for the (naturally larger) soft top of the S-Class Cabriolet is around 20 seconds. For full open-air enjoyment the smart driver can also remove the side roof frame struts. 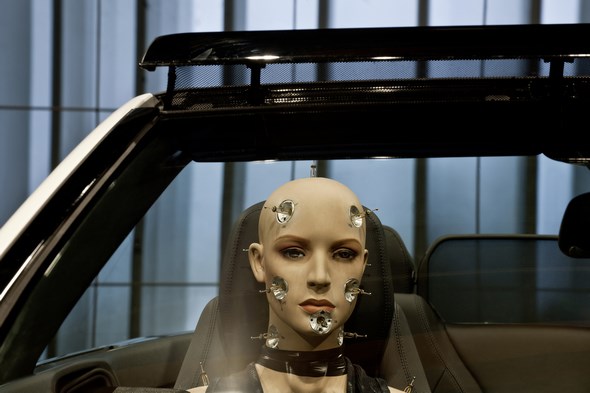 Summer in the city: The new smart fortwo cabrio

In March 2016 the new smart fortwo cabrio entered the stage as a particularly iconic variant of the new model series.

The open two-seater is three cars in one: At the touch of a button it is transformed from a closed two-seater into a car with a large sliding canvas sunroof, or a fully-fledged convertible with the soft top completely open.

This enables the fresh air driving experience to be adapted to the weather or the driver’s mood. This flexibility made possible by the “tritop” folding sunroof and removable roof struts is a special feature not only in this segment.

At the same time, the new smart fortwo cabrio is the only true convertible in its vehicle class. In its least expensive version it has the 52 kW engine and the twinamic dual clutch transmission.

In addition to the three lines passion, prime and proxy, customers can choose from a large range of safety and comfort details – including smartphone integration via MirrorLink®. 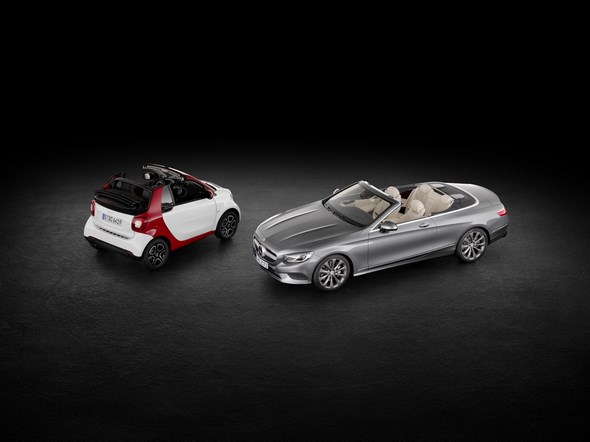 The new S-Class Cabriolet is the sixth variant of the current S-Class family, and the first open-top luxury four-seater from Mercedes-Benz since 1971.

It offers a distinctive, sensual and exclusive design, and the cutting-edge technology of the S-Class. Mercedes-Benz lays claim to building the world’s most comfortable convertible.

When it comes to climate comfort, the enhanced automatic wind protection system AIRCAP, the AIRSCARF neck-level heating system, the heated armrests, the seat heating also in the rear plus the intelligent climate control ensure that this is indeed the case. 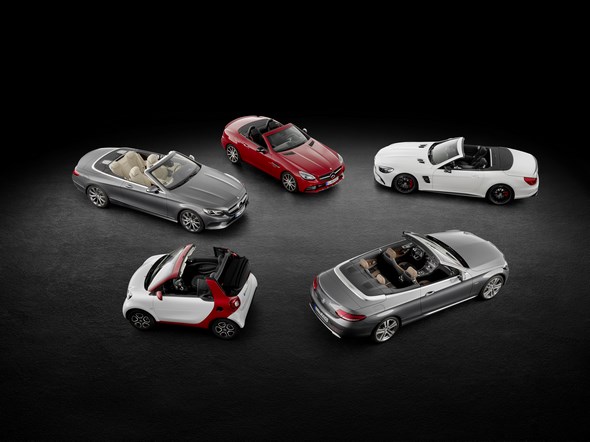 20th anniversary of the SLC's predecessor