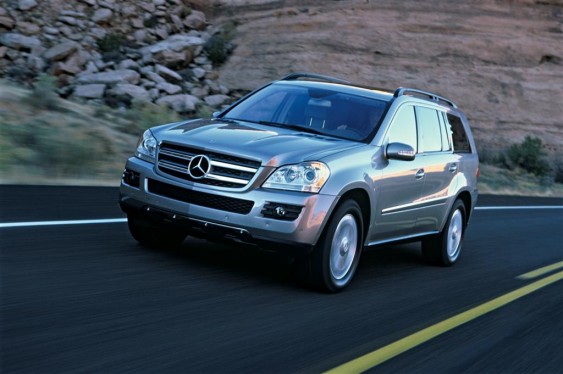 The leading U.S. motoring magazine MOTOR TREND has voted the Mercedes-Benz GL 450 the best SUV of the year 2007. The GL came out on top, beating off a field of 22 competitors. This accolade is all the more impressive as this is the first time Mercedes-Benz has been represented in this market segment, dominated largely by its American rivals. The editorial team looked at all the new models launched over the past 12 months.

This accolade is testimony to the compelling concept of the seven-seater premium off-roader, which unlike many of its U.S. rivals manages to combine solid off-road performance with superior on-road properties and outstanding ride comfort.

MOTOR TREND editor-in-chief, Angus MacKenzie, sums up the GL-Class: The first full-size sport/utility from Mercedes has astonishing technology and it will be available in a version that runs on the new low-sulphur diesel fuel for greater gas mileage. A package that should enable the GL to build on its leading position in the full-size SUV segment in future. The GL-Class not only beat off its U.S. rivals but also forced Japanese, Korean and German products down the rankings.

The MOTOR TREND editorial team had 22 contenders to judge in the SUV segment, their largest field to date. In addition to extensive on-road testing on the public highway, test sites and off road, the test criteria also included an assessment of functionality, build quality, spaciousness as well as equipment and appointments. Technical innovations were also evaluated, looking at areas such as powertrain, active and passive safety, and design. Another important test criterion was value for money, particularly important among U.S. consumers. MOTOR TREND first appeared in 1949. It is now one of the worlds largest motoring magazines with a circulation of 1.1 million copies that reach an average 7.1 million readers. By scooping the SUV of the year 2007 the GL has just notched up its second major award in the U.S. market. Earlier in mid-2006 the equally prestigious Car & Driver magazine voted the GL the winner in an extensive SUV comparative test.

The seven-seater premium off-roader GL is already a compelling global phenome-non thanks to its excellent dynamic handling and finely tuned luxury-saloon comfort both on and off-road. 4MATIC permanent all-wheel drive gives the GL-Class superior handling whatever the conditions. Together with the standard-fit AIR-MATIC air suspension, the precise speed-sensitive power steering and the Adaptive Damping System (ADS), also part of the standard specification, the imposing GL (wheelbase 3075 mm) handles superbly. The GL-Class sets another milestone in the shape of the PRE-SAFE safety system. Mercedes-Benz is the only car manufacturer to offer such technology in this market segment. 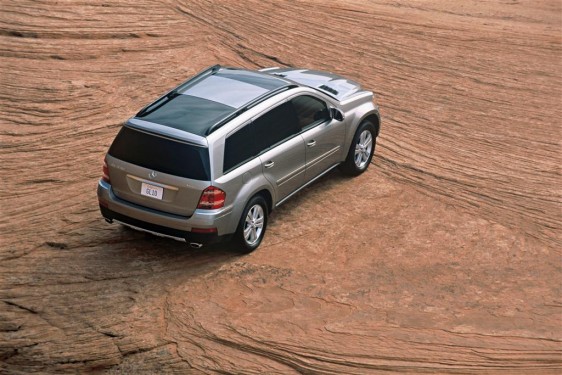 GL-Class motoring enjoyment starts with the GL 320 CDI. The tried-and-trusted V6 diesel engine developing 165 kW/224 hp consumes just 9.9 litres of diesel per 100 kilometres and comes as standard with a maintenance-free diesel particulate filter. Along with its 225 kW/306 hp counterpart, the GL 420 CDI, this model meets todays most stringent emissions standard, EU 4. The GL 500 petrol model produces a powerful 285 kW/388 hp with its 5.5-litre V8 engine. The GL 450 also comes with a V8 engine and develops 250 kW/340 hp. All GL engine variants are fitted as standard with the 7G-TRONIC seven-speed automatic transmission with DIRECT SELECT.

Special "Edition 10" model: An SLK-Class for the very discerning