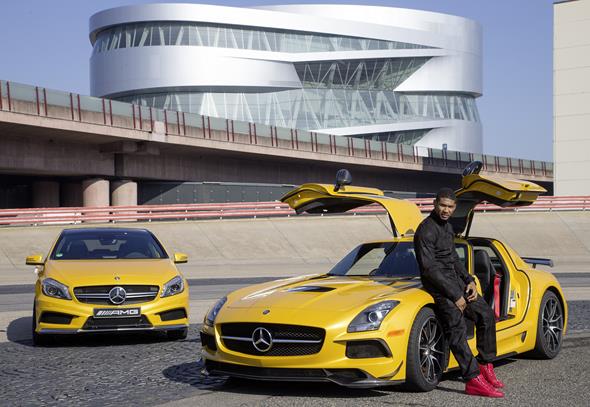 Stuttgart/Affalterbach.  It’s no secret that the international pop superstar Usher is a self-proclaimed fan of Mercedes-Benz and its high-performance brand AMG. He is excited to visit Mercedes-AMG in Affalterbach on 4 March 2013.

Once there the multiple Grammy Award winner will be assembling the final parts on the V8 AMG engine in his new SLS AMG himself, and will also enjoy the exclusive opportunity to try out the brand-new A 45 AMG on the test track. 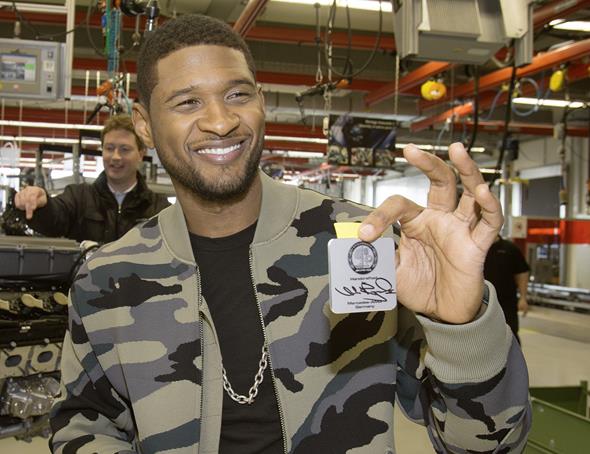 Following on from this visit he will also be attending the official world premiere of this first compact car from AMG, which is to be celebrated at the Geneva Motor Show.

For the American singer and actor, Mercedes-Benz is the luxury brand par excellence. “When I think about luxury, the first thing that comes to mind is Mercedes. So it was a very special moment for me when I was able to buy a Mercedes-Benz for my mom.

So far it was the only car I have given her as a gift”, explains Usher. The star himself is currently driving a CLS 63 AMG, until his new gullwing SLS AMG is delivered. And when it comes to family cars, the father of two children enjoys driving a Mercedes-Benz Sprinter.

Usher has been ranked by the Recording Industry Association of America (RIAA) as one of the best selling artists in American music history, having sold over 44 million albums worldwide.

As a fan and connoisseur of Mercedes-AMG, the chart-topping star is extremely excited about his test drive in the A 45 AMG. “I can hardly wait to get behind the wheel”, says Usher. “It looks so absolutely cool and sexy, and I’m really excited about experiencing the power of the first AMG four-cylinder turbo engine.” 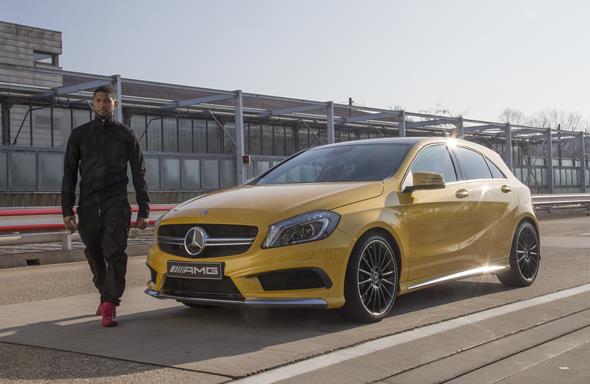 After the test drive he will be talking all about his experience on his Facebook page. Producing a peak output of 265 kW (360 hp) and maximum torque of 450 Nm, the 2.0-litre four-cylinder AMG turbocharged engine is the world’s most powerful four-cylinder engine in series production.

The new CLA 45 AMG, which will be celebrating its world premiere in New York at the end of March, also benefits from the same engine. Usher has already confirmed the first test drive for this innovative high-performance Coupé too – an event which he will also be sharing with his fans.