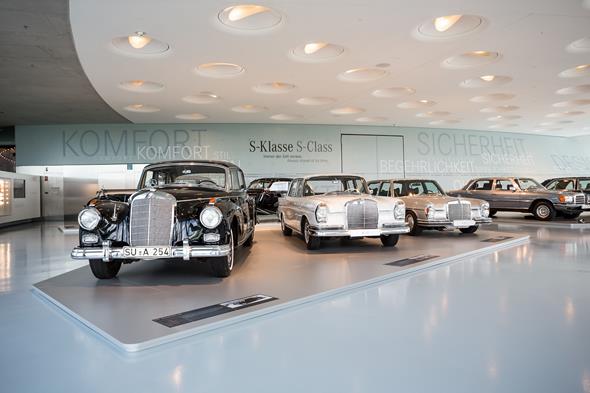 In 2013, the spotlight is on the new S-Class from Mercedes-Benz: the latest generation had its world premiere some weeks ago. The special exhibition “Mercedes-Benz S-Class – always ahead of its time” at the Mercedes-Benz Museum presents the history of this very superior model series in all its glory. The exhibition is to run from 18 June to 3 November 2013.

“Throughout the world, the S-Class from Mercedes-Benz is a byword for luxury, comfort and safety. This model series has always set standards for overall passenger car development,” says Michael Bock, Head of Mercedes-Benz Classic and Managing Director of Mercedes-Benz Museum GmbH. 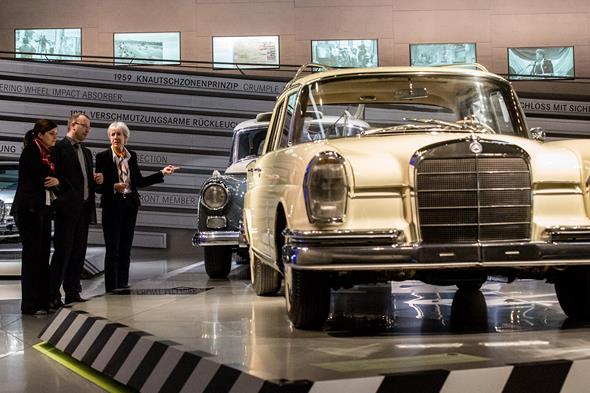 “The special exhibition presents the course of development over the past 110 years and demonstrates in impressive style why the S-Class is considered to be the quintessential automobile. Visitors to the Museum will be able to embark on a fascinating time trip extending from 1904 to the new S-Class of 2013.”

The unparalleled diversity of the luxury series from Mercedes-Benz becomes apparent in Collection room 5, where eleven impressive vehicles, a 1:1 clay model and realistic interior exhibits and wall graphics form the core of the special exhibition. 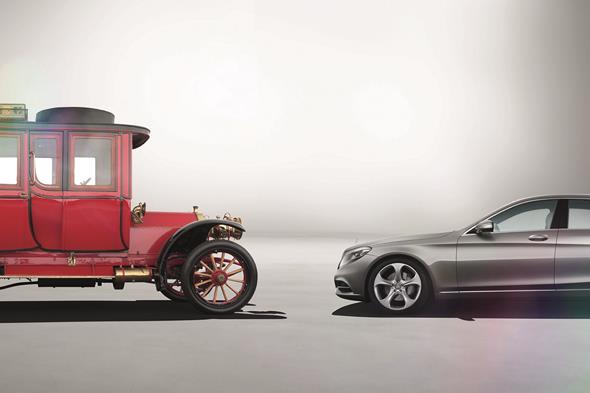 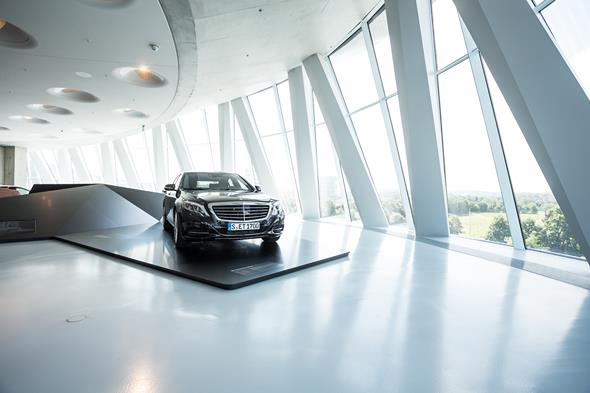 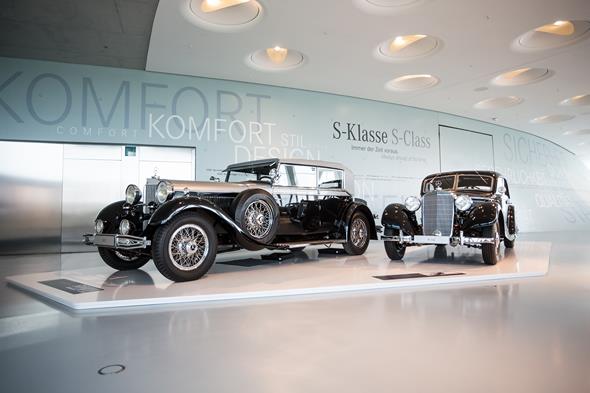 Encounters with the S-Class are not limited to Collection room 5, however. For the first time, exhibits from the permanent exhibition have been integrated into the special exhibition. Nine representatives of the “S-Class” family line the way through the Mercedes-Benz Museum. 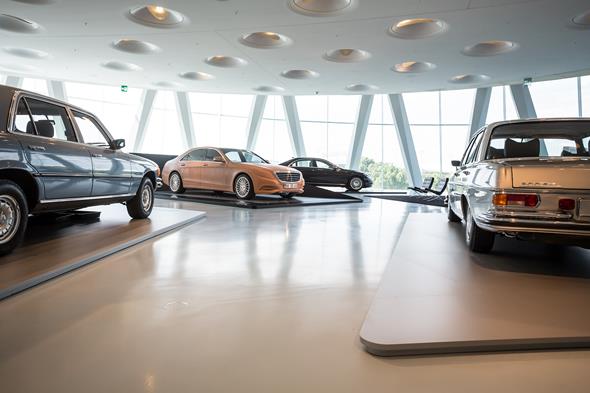 Interactive info steles in the various Legend rooms establish the respective links to the special exhibition. One such exhibit to be found en route through the Museum is the Mercedes Simplex 60 hp in Legend room 2, which goes right back to 1904. 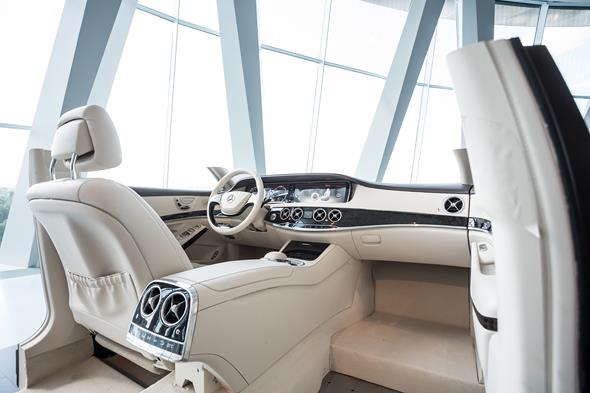 The comfortable “touring saloon” was once owned by businessman Emil Jellinek – father of Mercedes Jellinek, from whom the “Mercedes” brand took its name. The “S” was not actually incorporated into the designation for the luxury saloons from Mercedes-Benz until 1972, when model series 116, setting new standards in design, comfort and safety, was officially referred to as the “S-Class” for the first time. 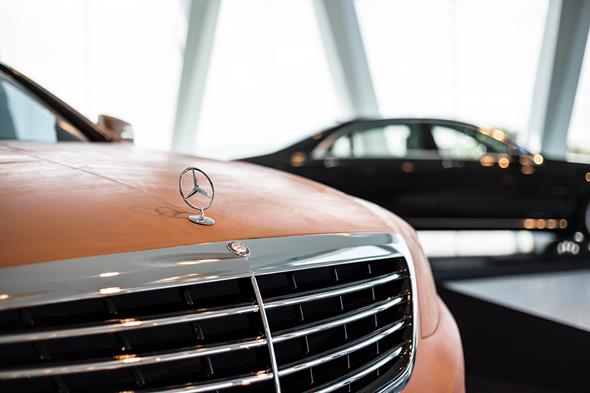 The last S-Class of the current model series rolled of the production line at the Sindelfingen plant on 3 June 2013 and proceeded directly to the Museum: the S 500 4-MATIC is on show in the entrance area. 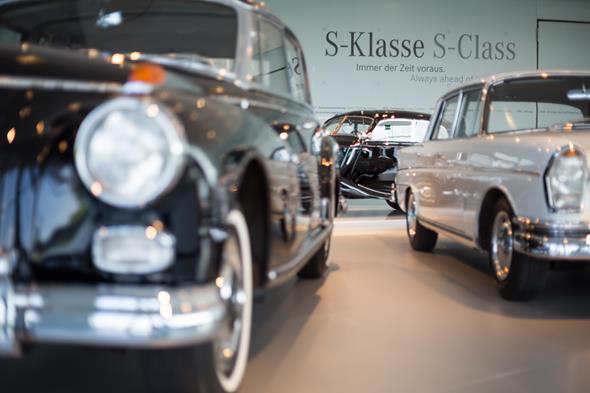 The special exhibition is accompanied by a special guided tour (at 2.30 p.m. on Wednesdays, approx. 75 minutes, 4 euros plus admission). A poster featuring a gallery depicting the history of the S-Class and a comprehensive brochure with additional video material which is available to smartphone users via an augmented reality app enable visitors to take a piece of automobile history home with them. 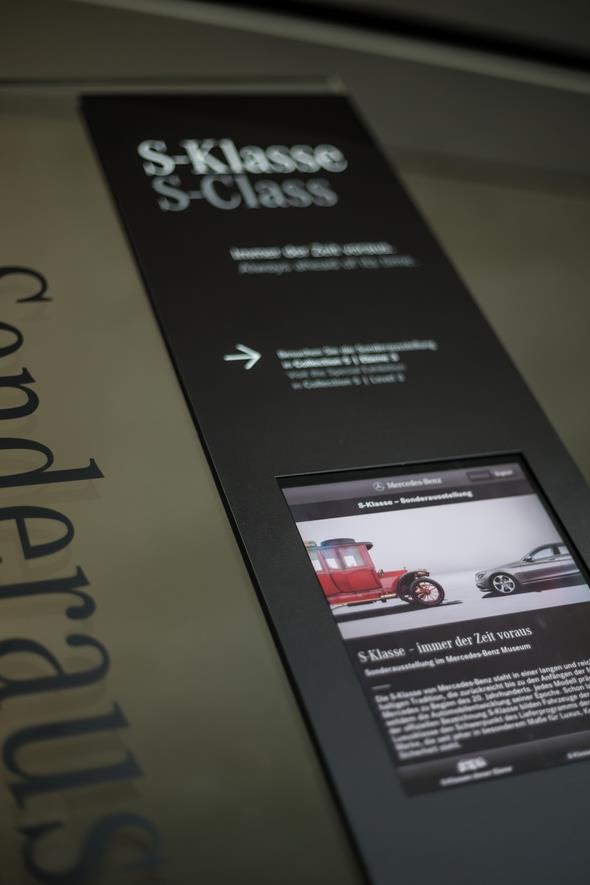 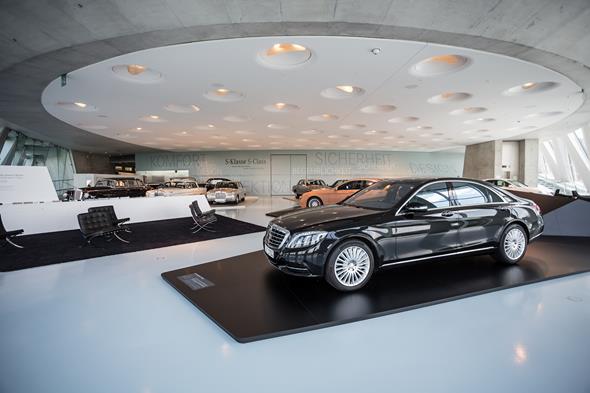 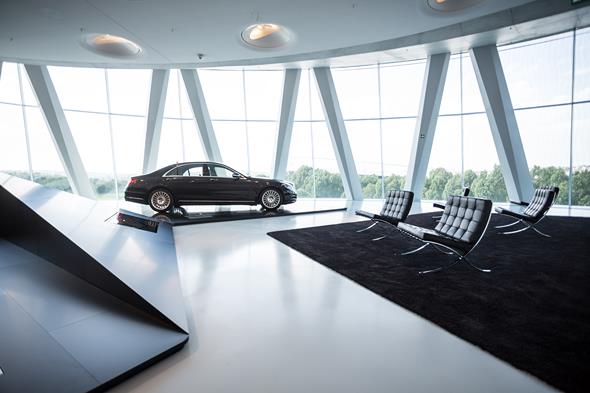 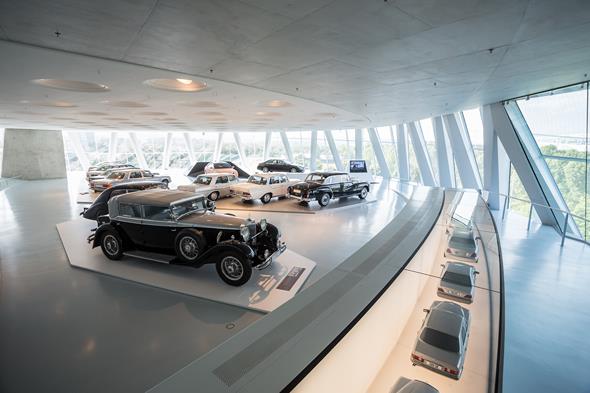 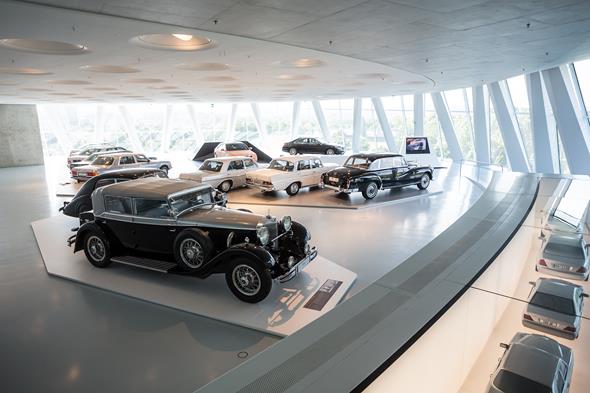 Next step on the road to accident-free driving