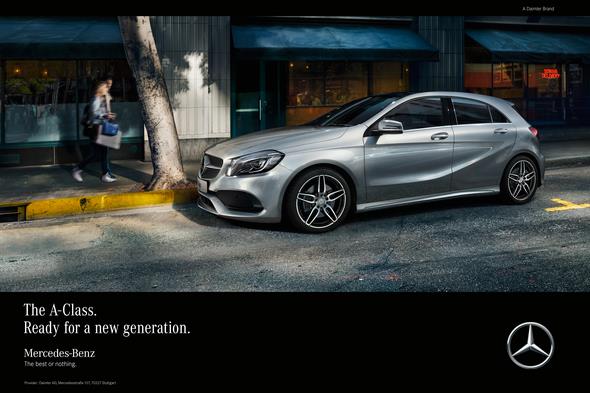 The A-Class. Ready for a new generation.

The new A-Class rolls into showrooms on 26 September 2015.  To mark the launch, Mercedes-Benz is starting an extensive marketing and advertising campaign on all communication channels under the title “The A-Class.

Ready for a new generation.” The campaign will be centred on various print advertisements and a TV spot. Aimed at a young, modern target group, they will present the vehicle as the perfect companion in everyday life.

The message is: the new A-Class offers its occupants even more comfort than before while remaining as dynamic as ever.

“The A-Class is the success story of our new generation of compacts. Since its launch it was making a key contribution to the rejuvenation of the Mercedes-Benz brand and altering its image,” says Dr Jens Thiemer, Vice President Marketing Mercedes-Benz Cars. 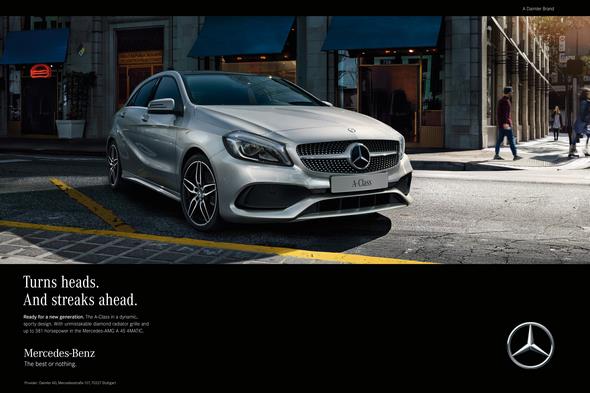 “We’re now looking to follow up this success with the facelift to the A-Class. The new generation is the ideal car for a sophisticated urban lifestyle. That’s why our new campaign will show the A-Class in a progressive and exciting setting.” 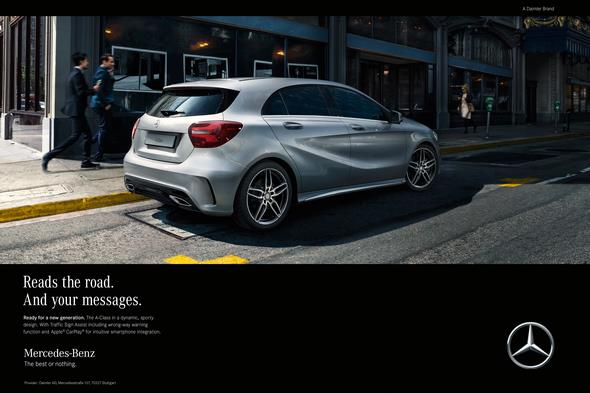 The various themes of the print advertisements present the A-Class in a richly contrasting urban setting. Natural daylight produces graphic lines and clear contours within a modern architecture.

Yellow lane markings give an air of dynamism, while out-of-focus passers-by in the background provide an added source of emotion, colour and vitality.

Shadows merge vehicle and ground into a single entity, giving the A-Class a confident, solid poise. The print campaign will run across the whole of Germany until mid-October in high-circulation news magazines, special-interest media and national daily newspapers. 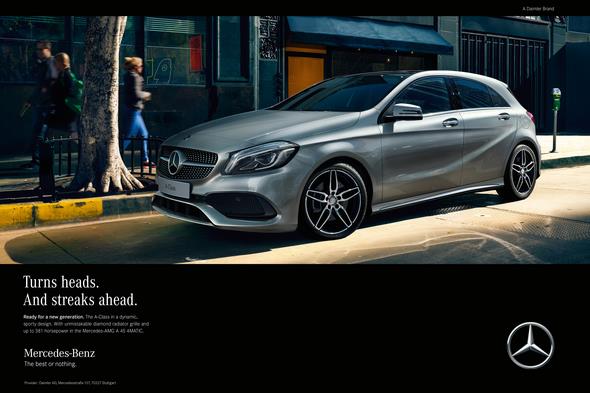 The TV spot, too, will show the dynamic temperament of the new A-Class. The protagonist in the spot experiences spectacular adventures that he triggers and influences through the configuration of his vehicle.

Each time, one adventure follows the other. The variation of the colour transitions creates a fantastical journey from one world to another.

The film is terminated by a sudden stop. The protagonist’s girlfriend takes over the configuration and is herself immersed in another world.

In lengths of 30 and 45 seconds, the TV spot will be shown across the whole of Germany starting beginning of September 2015.

News on the B-Class, CLA and GLA