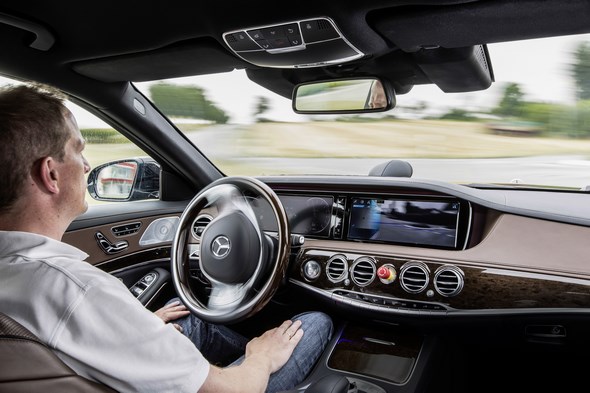 Stuttgart.  In August 2013 a Mercedes-Benz S-Class made the journey from Mannheim to Pforzheim in Germany. Other road users and passers-by took very little notice of the vehicle – understandably, as they were unable to see what made this particular car so special: it was driving autonomously.

The S-Class was a research vehicle, equipped with cameras, radar and an abundance of computer power. The journey along the historic Bertha-Benz Memorial Route demonstrated the feasibility of autonomous driving with the aid of an electronic chauffeur in both rural and urban traffic – and marked a milestone in the development of autonomous driving. 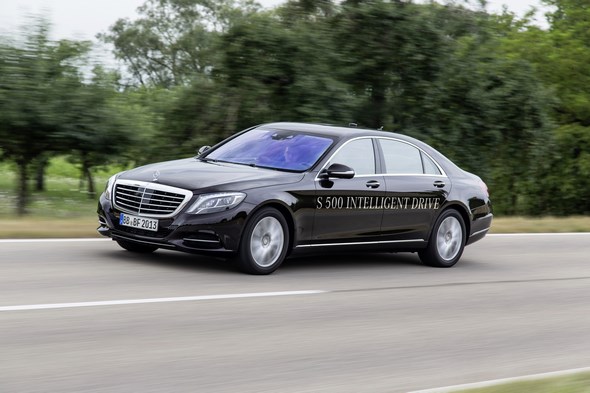 On 28 October the two pivotal figures behind the development, Daimler engineer Thao Dang and Julius Ziegler, a former project partner working for the Research Centre for Information Technology at the Karlsruhe Institute for Technology, were awarded the Reinhard von Koenig Prize for technological progress. The award is worth 20,000 euros.

The prize, which is awarded by a high-calibre jury, was created by the Schloss Fachsenfeld Foundation in Aalen in eastern Württemberg to recognise outstanding technological innovations that address relevant challenges faced by society.

The prize is named in memory of the last resident of the Schloss, Baron Reinhard von Koenig-Fachsenfeld, known, among other things, for his motor racing achievements and the development of the aerodynamically optimised Mercedes SSKL.