Christian on the E280CDI
I finally did it: drove the new facelifted W211 E-Class!

The model I tried was the new E280 CDI in Avantgarde trim level. This was going to be an interesting testdrive, because I can compare the new facelifted E-Class directly to our very own 2002 E320, one of the first delivered in all of Germany. First impressions were positive. The new E-Class feels noticeably more solid than the pre-facelift version. The doors feel heavier and close with a nice thud sound. Everything inside feels a notch or two better than before, including panel gaps. The main cockpit materials remained virtually the same, but some of the buttons appear more high quality than before. The new leather feels very nice. This E280 CDI incidentally had the 50-50 leather-cloth option for its seat: a very popular option in Europe. 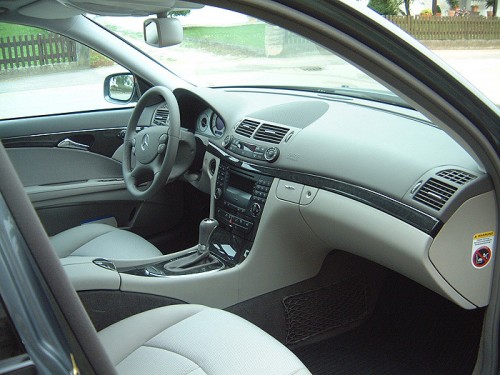 The exterior? Originally, I hated the new front of the E-Class. Now, the design seems to be growing on me. Its not that bad, but I still prefer the original W211 Avantgarde E-class look. Space-wise, nothing has changed. The E-Class is still very generous with space. I sat in a 2006 Lexus GS at a Lexus show and that car appeared cramped compared to the E-Class.

Being a diesel engine, you need to pre-heat it for it to start. The process took 2 seconds and boom, the engine came to life. The first thing you notice is an absence of vibrations and sound. Where is the diesel clatter? The interior sound isolation seemed excellent. I couldnt hear the engine and later during the drive, exterior noises were kept out: better than in our pre-facelift E320. When you opened the door, you could hear the soft clatter of the diesel engine. Looks like the future has positive things in store for the diesel engine (less noise etc.). Driving off the dealer lot, I noticed how responsive the engine was even while still cold. Initially, I was disappointed with the steering. It was so light and had absolutely no feeling to it. Later, as I was gaining speed, I noticed that the steering became more direct and the lightness was gone. Then it hit me: all new Mercedes have the Parameterlenkung. This device ensures a light steering feel at lower speeds and a more direct steering feel at higher speeds. Well, it worked. So good was the steering when I was traveling at higher speeds, I felt I could take any curve without slowing down: a maneuver that would have to be aided with a good suspension. The suspension was noticeably harder and sturdier than our E320s, but the amazing part was that this car is still more comfortable and obviously better in the handling department as well. Amazing. 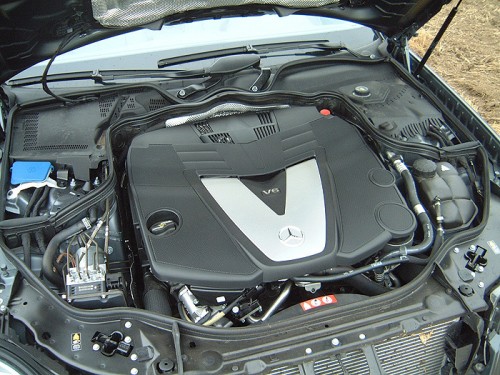 The E280 CDI utilizes the same engine as found in the European E320 CDI (the US-spec E320 CDI still uses the old 3.2-l inline-6 CDI), a 3.0 V6 CDI thats been detuned to 190-horsepower but still offers 440 Nm (324 lb/ft) at a low 1,400 RPM all the way to around 3,000 RPM. If you think this car is slow, guess again. The torque can only benefit acceleration and this car was powerful (see video). During the 45 minutes I had the car, I smashed the pedal again and again to enjoy that thrust. Boy, this car sure is quick. Its not blisteringly fast, but it sure is quick. 0-100 km/h in about 8.2 seconds I would guess. Midrange acceleration is however perfectly suited for quick overtaking on country roads and on the Autobahns. 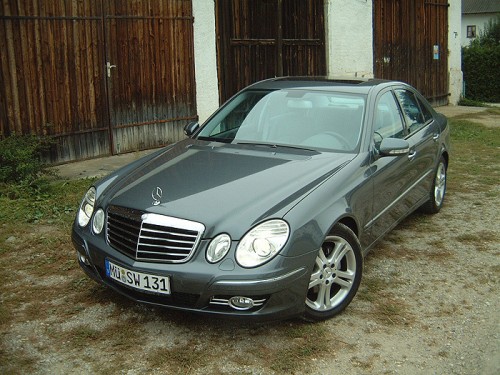 You can get a 6-speed manual with the E280 CDI, but thankfully, this one had the 7Gtronic transmission. Theres no comparison to the old 5-speed automatic in our E320. The 7Gtronic shifts faster, is smoother and is also quieter. As usual, I tried changing gears manually using the manual shift option but this is just a waste of time as the transmission was usually so good, you never had to pick a gear. However, drop it down into 2nd or 3rd and enjoy the thrust when you slam the pedal. Lovely, just lovely. 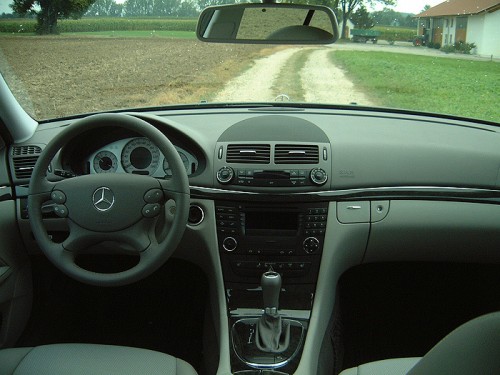 Towards the end of the testdrive, I was having cravings for this baby. I didnt want to return it. Rather, I wanted to trade in our E320 for this E280 CDI. The performance is really nice, fuel economy is obviously great and the new handling and driving dynamics are amazing. I always said that our E320 was a capable handler and could be driven sporty the new E-Class takes this to a whole new level. It feels almost like a BMW than a Mercedes. Having experienced this, I have no doubts that the E63 AMGs main improvement was not performance over the E55 AMG, but something much more important to the sporty driver: handling.

The car sounds almost perfect. However, there are obviously downside, notably the high price tag (41.238 Euros base price) and the fact that equipping this car with options will cost you. This E280 CDI was actually a stripper model. It had electric seats as opposed to the usual manual seats, but thats about it. Oh, and before I forgot, this baby comes standard with PRE-SAFE, NECK-PRO and a particulate filter for the diesel. I suppose safety features will attract a lot of buyers. There is also a 4Matic (AWD) version available. 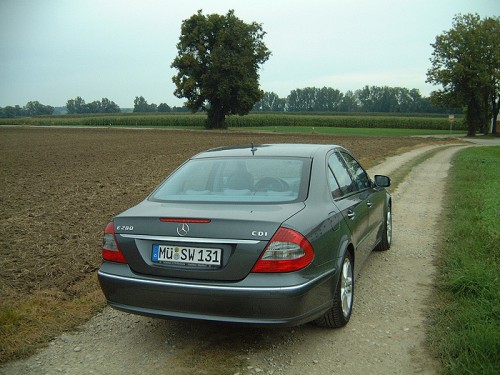 Other than that, it was an amazing experience. I loved the way it drove. The handling and steering feel gave you confidence. Best of all, while being driven in a sporty fashion, the car was still comfortable therefore giving you the best of both worlds. The difference between this E280 CDI and our E320 is like night and day. Mercedes seems to be coming back strongly. A word of warning to the competition: watch out.

The world's most powerful chauffeur-driven saloon