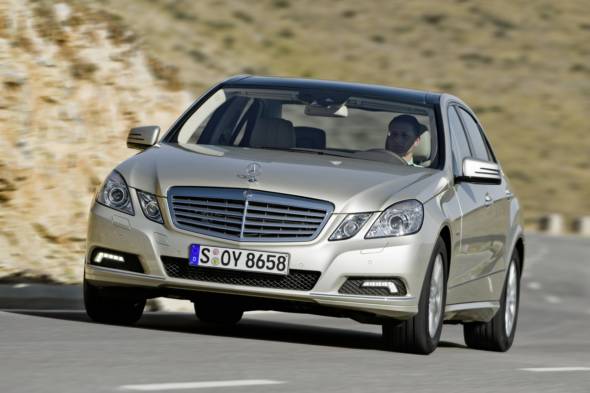 BACK in the good old days of motoring when new models were an item to be fawned over, my father used to gloss over the newcomers with a dismissive “there is nothing better out there than a good looking saloon, lad” I thought of this blast from the past during a recent road test when the car in question was one of the Mercedes stable of saloon cars, a fine example of the four-door genre which the old boy used to endorse. Saloons don’t come much better than a Mercedes-Benz E-Class, a car which bears every hallmark of a vehicle which has enjoyed much time, care and attention in its development and creation. 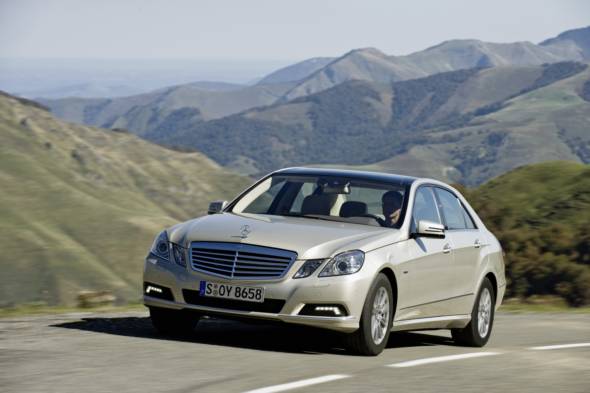 This latest effort from the German car giant boasts an eye catching, low slung appearance on the tarmac which, along with a more upright grille than the previous model and sharply tailored lines.
There is a much more businesslike look to this four-door saloon.
Specifically designed to reduce executive stress it boasts a thoughtful and well laid out interior and is an amazingly refined place to be. This cabin is most definitely a superbly serene and comforting haven within which there are very few noises to intrude on otherwise peaceful progress over the short or long haul.

The well appointed cabin is roomy although the transmission tunnel may prove a limiting factor to the available legroom for the centre occupant in the rear seats.
Much thought has also gone into the creation of a practical load area, the boot being sensibly shaped with a family sized 540 litres of luggage space.
A generous level of kit is provided as standard with the likes of  dual zone climate control, Audio 20 eight speaker sound system with MP3 compatibility and single CD, intelligent lighting system, heated front seats, multi function steering wheel, Parktronic with Advanced Parking Guidance, rain sensing wipers, remote central locking, rear of cabin reading lights and the rest included at entry level. 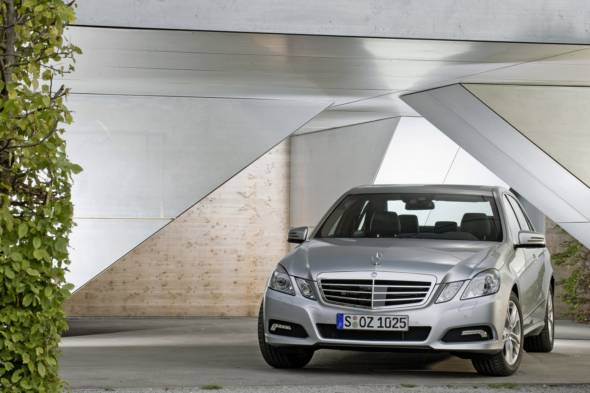 There are a number of places in which to hide your bits and bobs on the journey while a good cupholder quota is also to be found on board. A fine driving position facing a neatly laid out dashboard is easily arrived at, courtesy of electric driver’s seat and two way steering wheel adjustment, while overall vision is pretty good.

Driven here is the E350 CDI and, as it is one of a quartet of diesel engines on offer it carries the Mercedes Benz fancy title of Blue Efficiency. Paired with the smooth slotting seven-speed 7G-Tronic autobox it does full justice to the 231bhp under the bonnet proving both swift off the mark and surprisingly economical for such a big car. 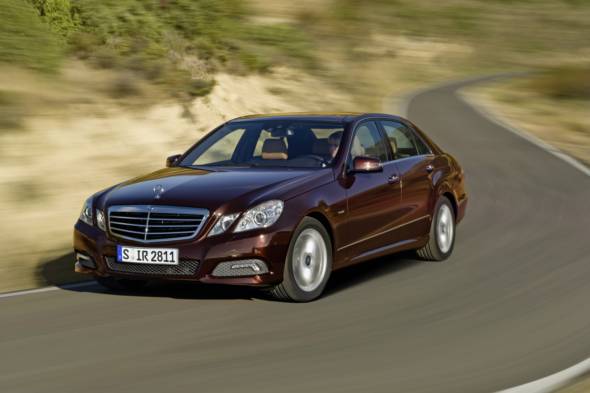 Mounted on AMG alloys with low profile tyres and lowered sport suspension plus electronic driver safety aids, the Sport spec test car handled well, smoothing out the tarmac undulations through a series of twists. Motorway progress is a veritable afternoon delight for both driver and passengers. Overall, the E-Class is really what Mercedes-Benz is all about, delivering stacks of smooth refinement over the long haul without leaving its mark on the occupants.
Source: Road Test by Malcolm Robertshaw, drivingforce.uk.net 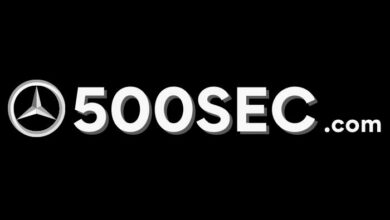