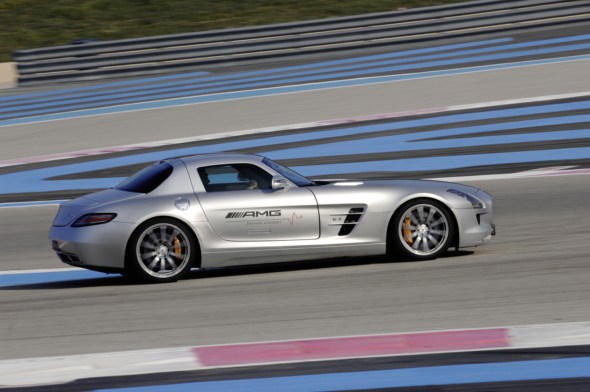 A foothold in Asia

Affalterbach – Mercedes-AMG is extending its portfolio: the AMG Driving Academy will now also offer tailor-made racetrack training for its Chinese sports car fans. The kick-off event will be held from 19 to 24 November 2010 on the Shanghai International Circuit. Around 150 AMG customers and enthusiasts have already signed up for the Asia premiere.

One-and-a-half-day BASIC training courses will be held from 19 to 22 November 2010. Participants will assimilate in professional surroundings the know-how required for their first laps at the limit. The two-and-a-half-day ADVANCED training course will start straight afterwards from 22 to 24 November 2010; this course focuses on honing driving skills and promoting a sporty driving style – key areas covered include cornering, the ideal line as well as the braking point.

An SLS AMG, SL 63 AMG, a C 63 AMG with Performance Package Plus and an SLK 55 AMG will be on the starting line as training vehicles. Three racetrack training courses are initially planned in China for 2011, with participants given the opportunity to take an SLS AMG or C 63 AMG for a spin.

“China is also a fast-growing market for AMG. And not only are our AMG high-performance vehicles in ever greater demand, but our Chinese customers are also increasingly asking for racetrack training courses. I am proud that we can now also offer Chinese AMG fans a unique product and brand experience with the AMG Driving Academy”, says Ola Källenius, CEO of Mercedes-AMG GmbH.

The AMG Driving Academy is a success story. Since it was set up at the start of 2007, over 12,000 customers have taken part in the different events – with numbers growing all the time. In addition to the varied programmes on European racetracks, US customers have also been able to take part in exhilarating racetrack training courses since the end of 2009, for example on the Laguna Seca Raceway in California and in Road Atlanta in Georgia. Winter Sporting in Lapland, Sweden, with participants able to put the AMG high-performance vehicles with spiked tyres through their paces on a cordoned-off frozen ice lake, is a particular highlight.

The varied line-up of the AMG Driving Academy consists of five levels:

EMOTION, BASIC, ADVANCED, PRO and MASTERS. These offer everything from lifestyle-oriented events and courses which take the participants through their first experience of driving at the limit, all the way to intensive racetrack training with a competitive edge. The level of difficulty is tailored to the participants’ individual requirements. In the AMG MASTERS Sports Trophy, participants who are resident in Germany have the opportunity to acquire a national Level A DMSB (German Motor Sport Federation) driver’s licence. Prices for the AMG Driving Academy programmes start from as little as 290 euros. 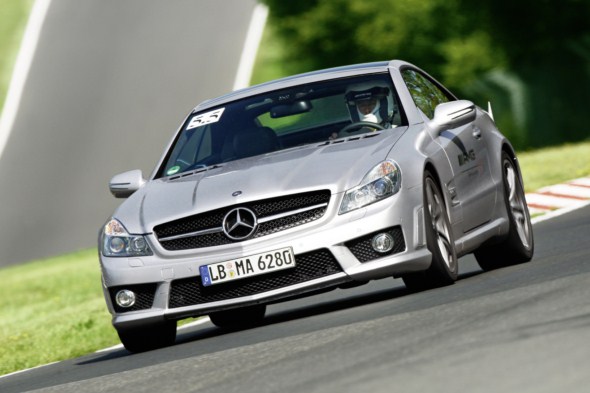 The AMG Driving Academy employs a total of 21 instructors. The permanent team around chief instructor Reinhold Renger (42) includes high-profile racing drivers: Bernd Schneider (46) with five DTM Championships under his belt, plus an ITC and FIA GT Championship title for good measure, ranks as one of Germany’s most successful racing drivers. At present, Schneider is heavily involved in the development and testing programmes for the new SLS AMG GT3 – partnered by his instructor colleague Thomas Jäger (33), 2009 Champion of the Porsche Carrera Cup Deutschland and long-time DTM driver for Mercedes-Benz.

Bernd Mayländer (39) drove for Mercedes-Benz for eight years in the DTM and FIA GT Championships, and has been the permanent driver in the Official F1™ Safety Car since 2000 – in his SLS AMG he is helping to ensure
the best possible driver safety throughout this year’s Formula 1 season. Susie Stoddart (27, GB) joined the team of experienced instructors in 2009. The Scottish DTM driver is the first woman to score points in the “new” DTM.