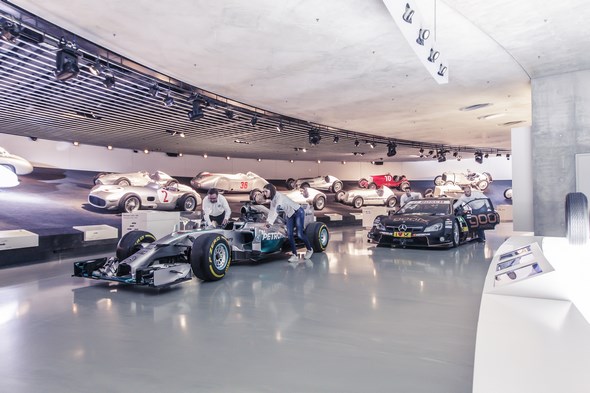 During Stars & Cars: free admission to the Mercedes-Benz Museum 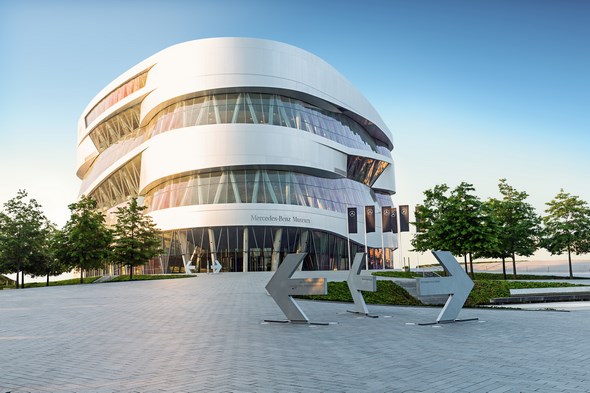 What a year for motorsport it has been: on 12 December, the Mercedes-Benz Museum together with fans of the brand celebrates the brilliant 2015 motorsport season.

The museum will host successful past and present drivers such as Lewis Hamilton, Pascal Wehrlein, Sir Stirling Moss, David Coulthard and Mika Häkkinen.

A highlight will be the unveiling of two victorious vehicles from the Formula 1 and DTM racing series on the banked racetrack display of the museum. Admission on 12 December is free. 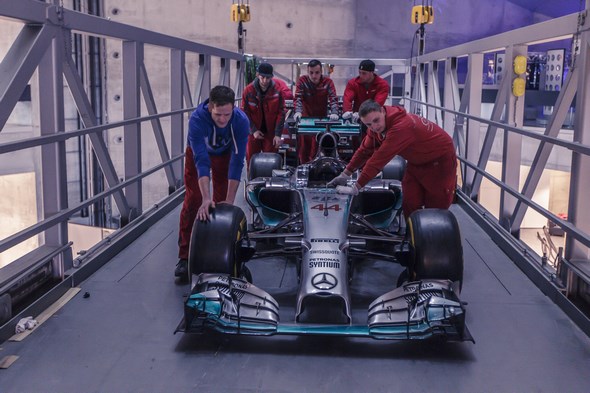 One of the highlights at the Mercedes-Benz Museum is the “Stars & Cars” press conference from 12 noon to 12.30 p.m., which is broadcast live in the Atrium and includes the unveiling of the 2014 Mercedes F1 W05 Hybrid Formula 1 racing car of World Champion Lewis Hamilton and Pascal Wehrlein’s Championship-winning 2015 DTM racing car, the Mercedes-AMG C 63 DTM.

Both racing cars have recently been added to the museum’s banked racetrack display but have remained veiled until now.

The list of racing drivers coming to the Mercedes-Benz Museum is long and star-studded: Lewis Hamilton, Pascal Wehrlein, Luca Ludwig, Sebastian Asch and Felix Rosenqvist together with other top drivers have made the 2015 season the most successful season in the company’s history to date.

The autograph session with motor racing legends of the Stuttgart-based brand from 1.15 p.m. to 1.45 p.m. commemorates the broad historic dimension of the motor racing successes of Mercedes-Benz.

Apart from David Coulthard (runner-up in the Formula 1 World Championship in 2001 with McLaren-Mercedes and Mercedes-Benz DTM racing driver from 2010 to 2012), Mika Häkkinen (Formula 1 World Champion 1998 and 1999 with McLaren-Mercedes) and Bernd Mayländer (former DTM driver and today driver of the Official Formula 1 Safety Car provided by Mercedes-Benz), Sir Stirling Moss will also attend the autograph session.

The British racing driver put his mark on the 1955 Mercedes-Benz racing season. In particular his victory at the Mille Miglia driving a 300 SLR racing sports car (W 196 S) is legendary.

The popular hands-on exhibition ‘Fascination Design’ will also be open (10 a.m. to 5 p.m.). 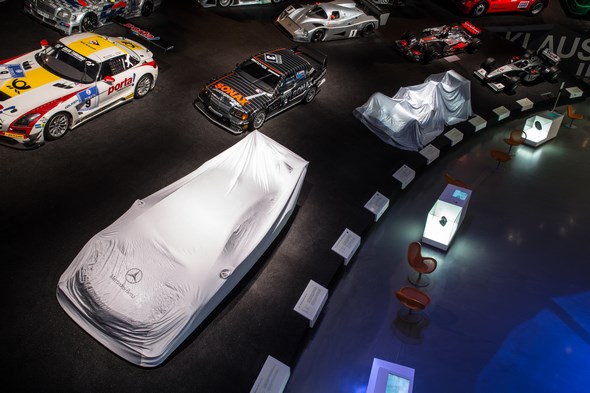 "designo manufaktur" for the G-Class