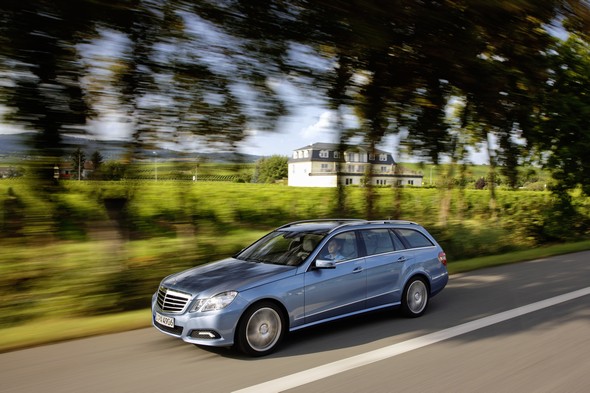 The new Mercedes-Benz E-Class Estate is the best business class car, while the Gullwing Mercedes-Benz SLS AMG is the best newcomer in the “luxury” category – this is according to a top-class panel of international motoring journalists which has voted both Mercedes-Benz models the top cars of 2010 in their respective categories.

No fewer than 150 motoring journalists from Germany, Austria and Switzerland were asked by the Motorinformationsdienst (mid) (Motor Vehicle Information Service) to cast their votes and use their expertise to decide on the top cars of 2010, choosing from among 80 passenger cars in 8 different categories.
In the “business” category, the new Mercedes-Benz E-Class Estate took top honours by quite a significant margin. The premium lifestyle estate has caused a great deal of excitement since its launch with its distinct, dynamic and at the same time elegant design, and also sets new standards in safety, comfort, quality, economy and functionality. In addition it also provides a unique combination of technical innovations in this vehicle class – from drowsiness detection to automatic emergency braking when an accident is recognised as imminent, and from Adaptive Highbeam Assist to the active bonnet. On top of all this there is also air suspension with self-levelling at the rear as standard, as well as some innovative new features in terms of the functionality of the luggage compartment. This area can also accommodate an optional third row of seats, something unique among the competition.
[adsense]
The new Gullwing Mercedes-Benz SLS AMG also moved effortlessly into first place in its “luxury” category. Its exciting design featuring the gullwing doors harks back to that sporting legend of the 1950’s – the 300 SL. The new super sports car also dazzles with its exquisite technology which includes such highlights as: aluminium spaceframe body shell, AMG 6.3-litre V8 front mid engine with dry sump lubrication as well as a maximum power of 420 kW (571 hp) and 650 Nm of torque, seven-speed double-clutch transmission in a transaxle arrangement and a sports suspension with aluminium double-wishbone axles. This high-tech combination helps to guarantee the highest level of driving dynamics. 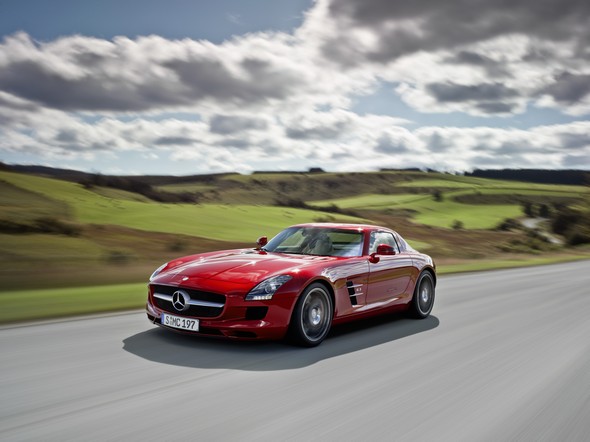