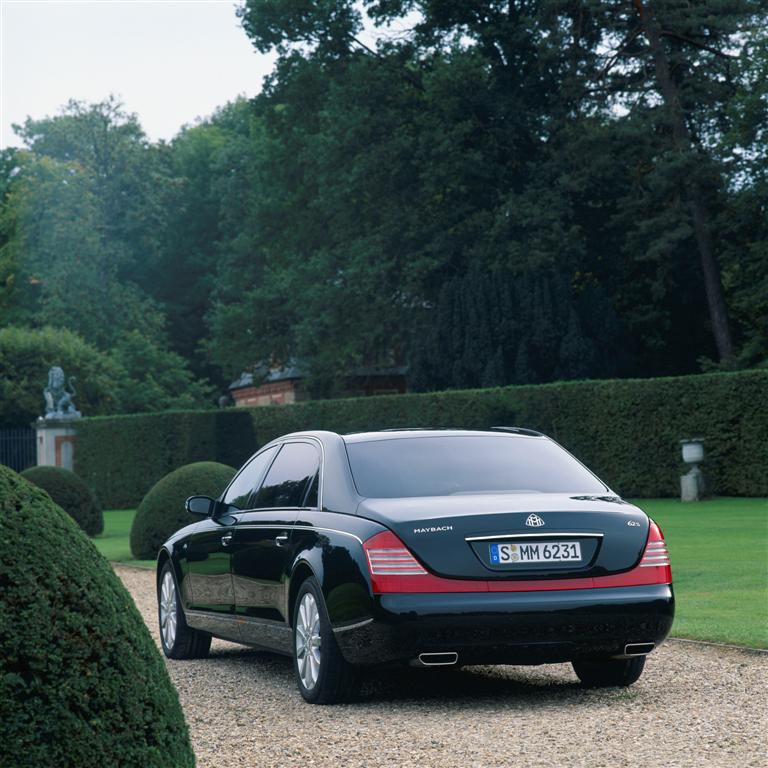 The world’s most powerful chauffeur-driven saloon in series production

Stuttgart/Beijing, Nov 18, 2006
The new flagship model in the Maybach line-up, the newly developed Maybach 62 S, is celebrating its world premiere at the Auto China 2006 international motor show in Beijing this November a move which further expands the brands range of high-end luxury saloons.

The “S” in the model designation stands for “Special” and draws attention to the fact that the Maybach engineers at the state-of-the-art Manufaktur workshops in Sindelfingen have incorporated features requested by their highly discerning customers into the 62 S model.

The result is a new dimension in travelling comfort, especially for the passengers in the generously proportioned rear compartment of the new high-end luxury saloon. Not to mention a prodigious power output thanks to the enhanced potency of the twelve-cylinder engine developing 450 kW/612 hp, making the new 62 S model the world’s most powerful chauffeur-driven saloon in series production.

Following the immense success of the Maybach 57 S which blends luxurious comfort with a sporty temperament and, on account of its dynamic sports car-like handling, is favoured by highly discerning customers who harbour a profound passion for motoring and a desire to drive the Maybach themselves the Maybach 62 S is the fourth and latest model to join the Maybach range of luxury saloons. It is primarily designed to be chauffeur-driven and meets the very highest of standards in terms of space and comfort for a truly relaxing ride and dynamism for saving that most precious of commodities: time. Precisely what is needed in these increasingly frenetic times. 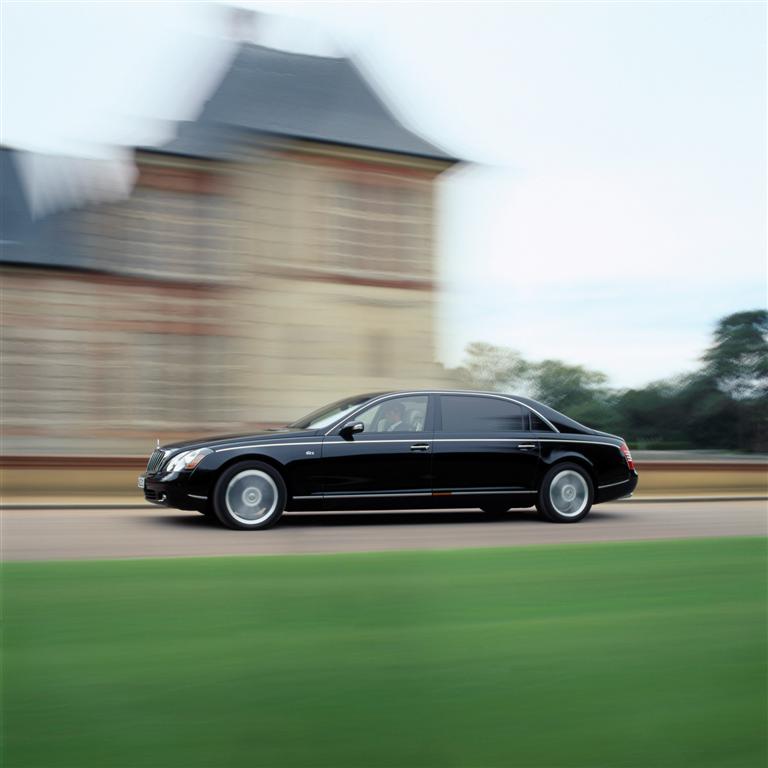 Armed with this ideal combination of attributes, the Maybach 62 S sets new standards at the high end of the passenger car industry and also continues the tradition of the legendary Maybach saloons which represented the elite in German and international carmaking circles back in the 1920s and 1930s. Even then, many Maybach cars were built and equipped to be chauffeur-driven.

Eye-catching exterior features accentuate the dynamic presence of the new Maybach 62 S and clearly distinguish it from the 62 model. These include a modified front end with a strikingly redesigned radiator grille as well as new, distinctive 20-inch spoked wheels and a modified light-cluster design. Like the 57 S model, the new Maybach 62 S boasts lavish single-tone paintwork in black or silver, both of which are available exclusively for the “S” models. Alternatively, customers can now specify a special paint finish in shimmering white.

Discreet “62 S” lettering adorns the front wings beneath the A pillars and the boot lid, while a modified rear apron with two integral, trapezoidal exhaust tailpipes hints strongly at the immense performance potential of the 62 S. Even when the car is at a standstill, the dynamic and elegant appearance puts the Maybach 62 S in a league of its own when it comes to luxurious chauffeur-driven cars. 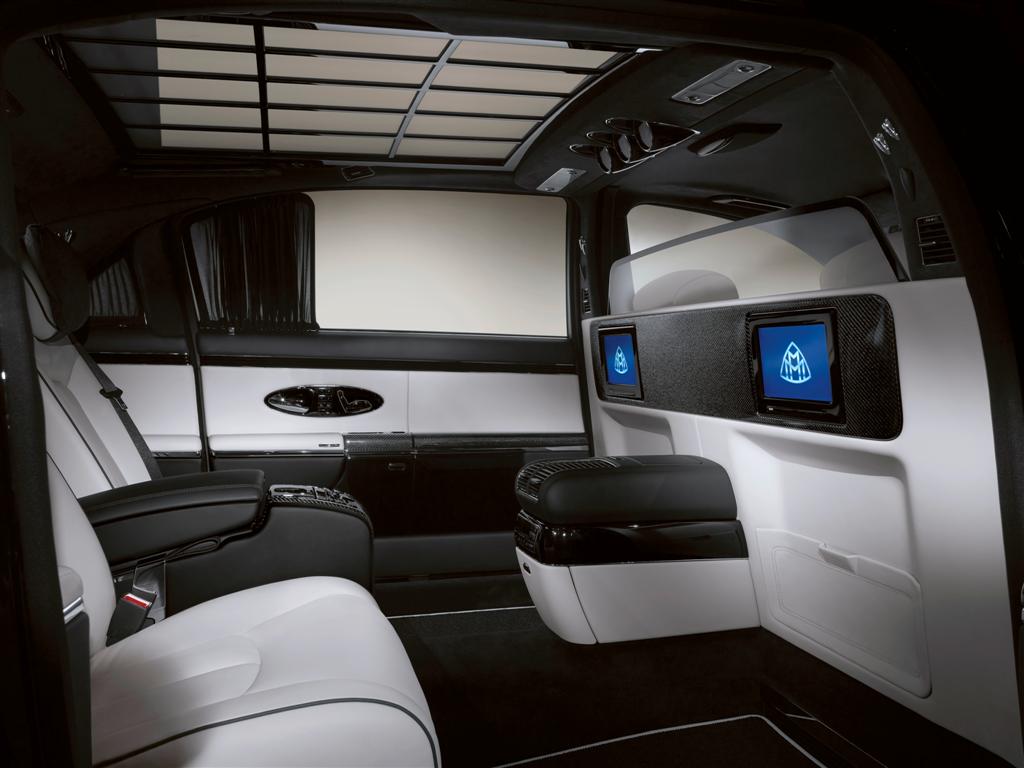 The contemporary Maybach interpretation of lavish luxury and consummate comfort and superlative dynamism is also reflected in the interior of the 62 S. Here high-grade materials are hand-finished to perfection for an intentionally distinctive and particularly exclusive look, all in inimitable Maybach style. Carefully coordinated applications of exquisite piano lacquer and sporty carbon create an atmosphere of exclusive elegance both in the rear compartment and in the driver’s direct field of vision and activity. Newly designed, high-grade leather upholstery tastefully accentuates this overall impression. 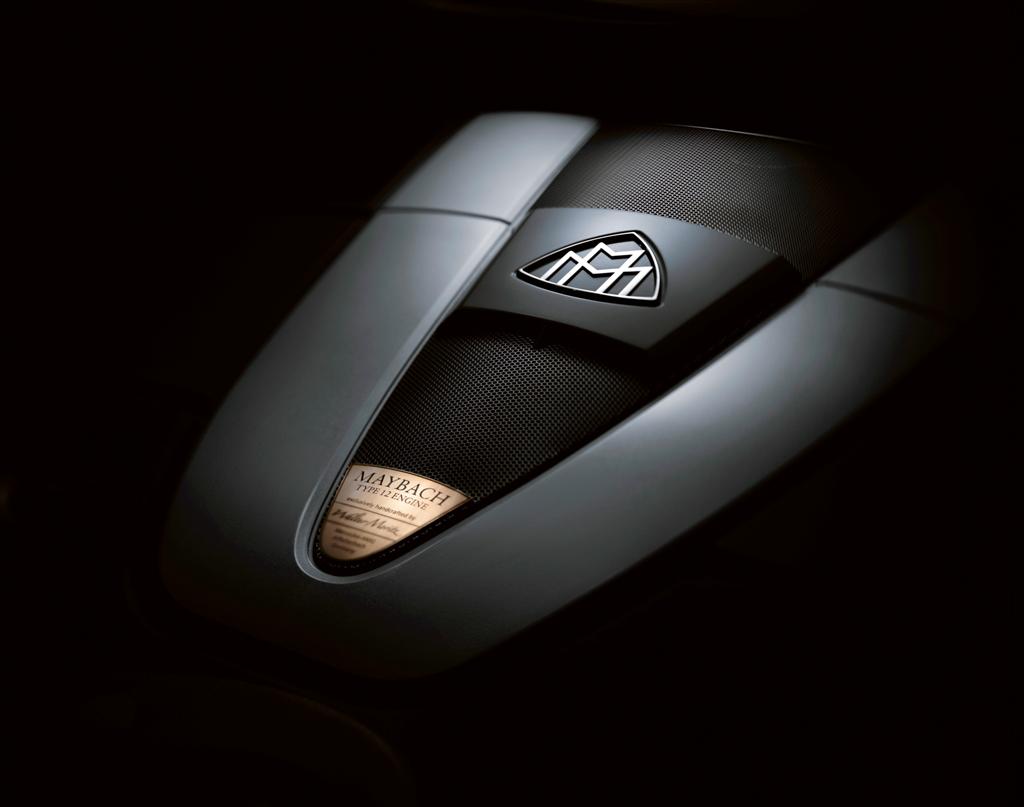 Effortlessly superior performance in any situation comes courtesy of a Mercedes-AMG-enhanced V12 powerplant developing 45 kW/62 hp more than the engine specified for the Maybach 62. The twelve-cylinder engine in the Maybach 62 S has a displacement of six litres and an output of 450 kW/612 hp by virtue of a twin turbocharger and a water-type intercooler. The impressive maximum torque of 1000 Nm (electronically limited) is available over a wide engine speed range between 2000 and 4000 rpm.

This provides even the most sportily inclined of Maybach drivers with effortless power reserves at all times. With acceleration from zero to 100 km/h in only 5.2 seconds, the new Maybach 62 S impressively demonstrates its outstanding performance potential. The top speed is electronically limited to 250 km/h in chauffeur-driven vehicles. 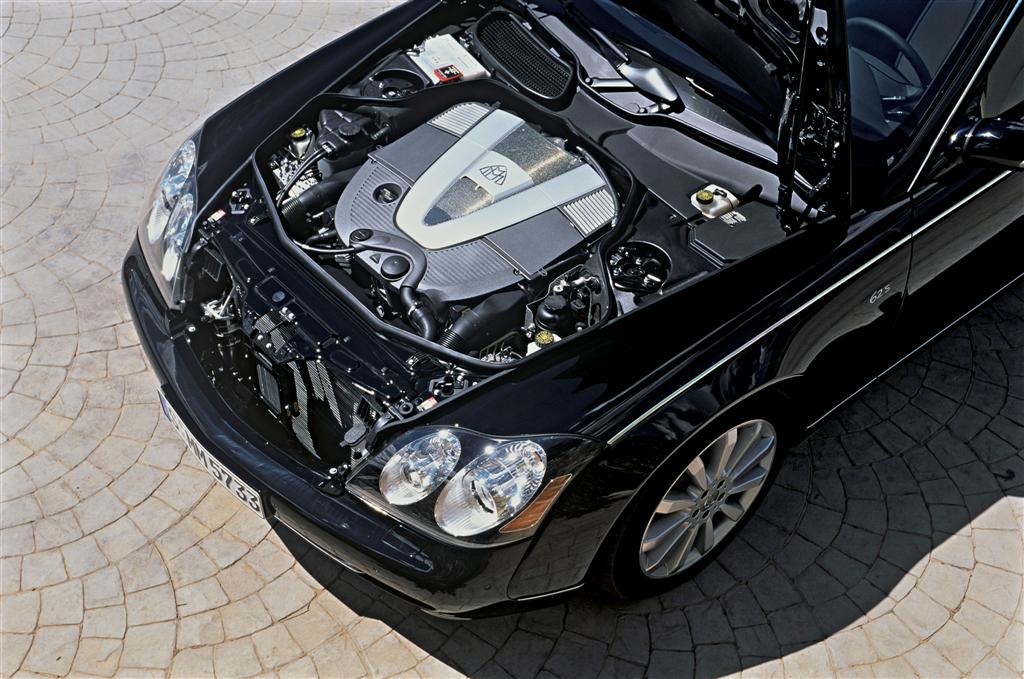 The exclusivity of the twelve-cylinder powerplant is underlined by a model plate on the cover bearing the personal signature of the Mercedes-AMG technician who assembled it by hand based on the now familiar “one man, one engine” principle. 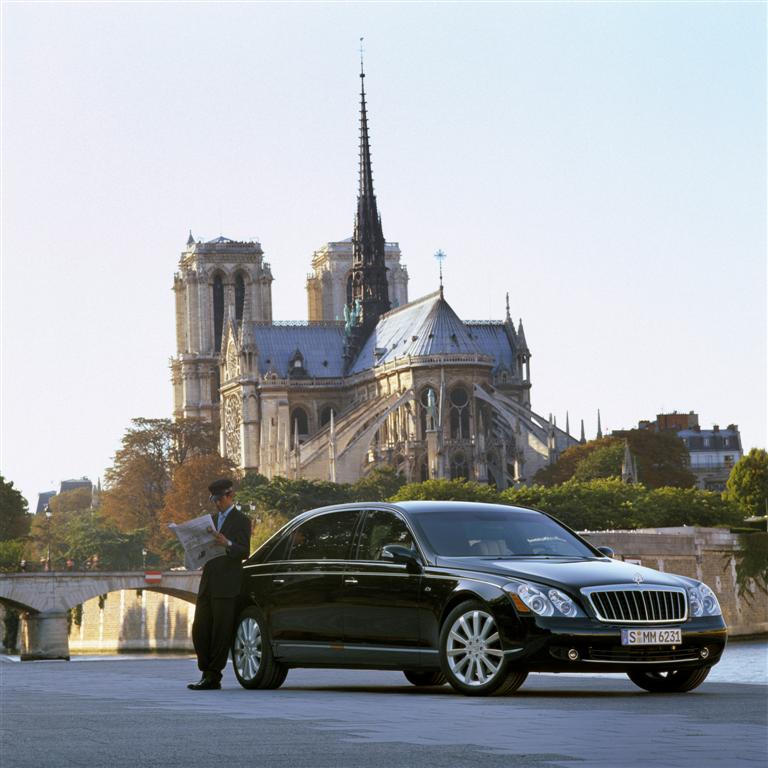 In contrast to the sportier configuration of the 57 S models for owner-drivers, which features a stiffer chassis, the Maybach engineers decided to retain the full spring travel for the 62 S in order to achieve an outstanding, practically unsurpassed level of ride comfort? In terms of comfort, the chassis marks the absolute pinnacle of automotive engineering.

Yet it also offers a high degree of dynamic potential for reliably transferring the power to the road whatever the scenario. Hence the Maybach developers have succeeded in reconciling, to a near perfect degree, two very different requirements. 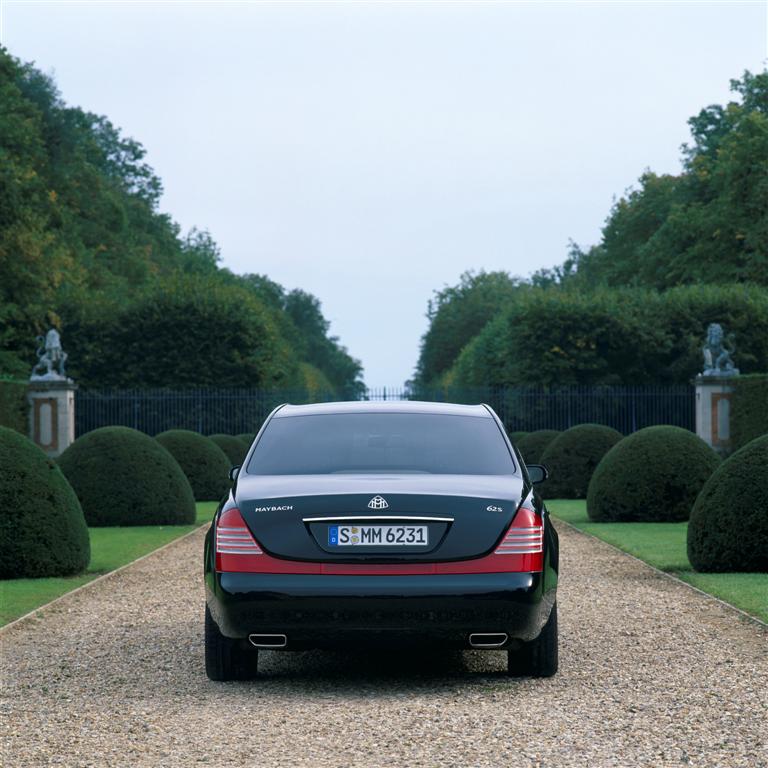 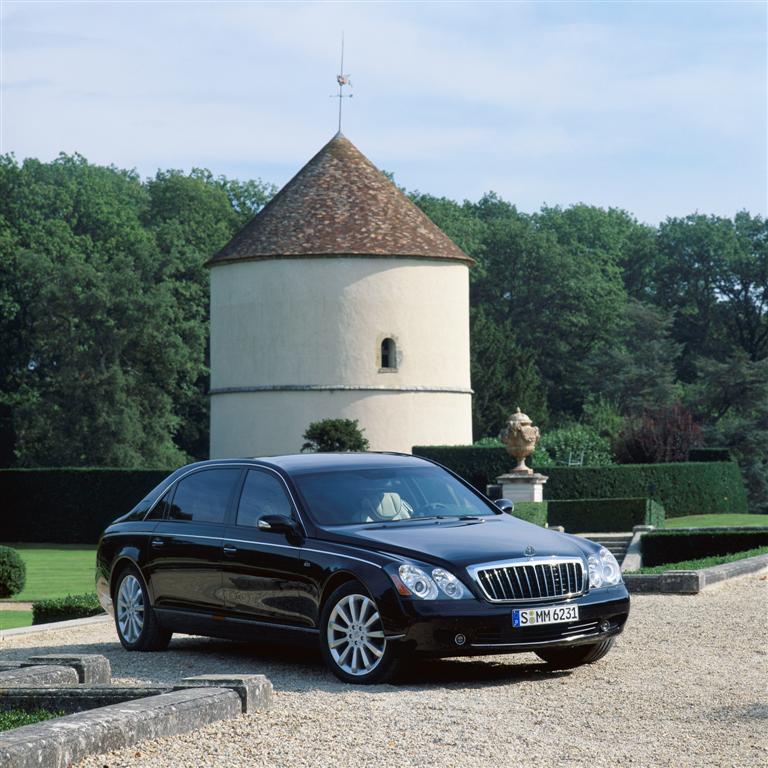