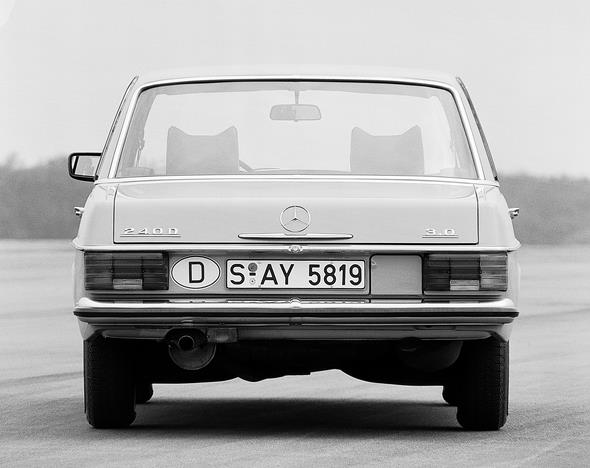 Stuttgart. –59 kW (80 hp) signified a quantum leap in 1974: The five-cylinder diesel engine on board the Mercedes-Benz 240 D 3.0 produced such an output, making the model series 115, commonly known as the “Stroke/8”, the torquiest and fastest diesel-powered passenger car in the world.

The diesel engine combined strong driving power with impressive economy. At the same time, the 240 D 3.0 was the first series-production car with a five-cylinder engine. 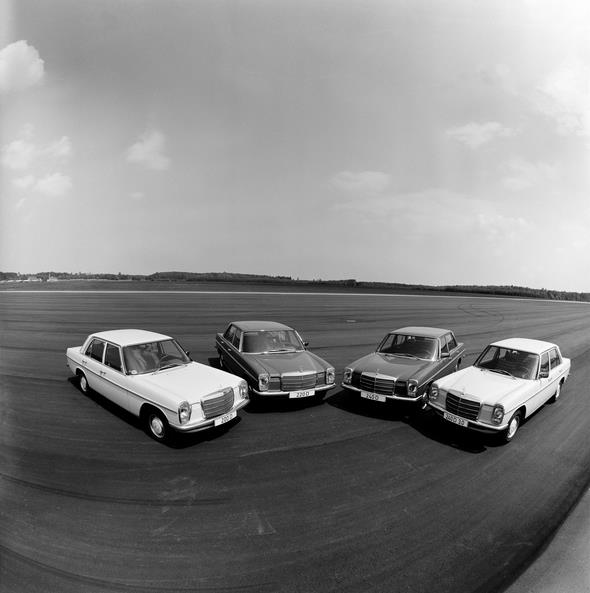 Five-cylinder diesel engines were not a totally new phenomenon 40 years ago – they had already proven successful in trucks and as stationary devices.

Their use in a passenger car placed Mercedes-Benz in the headlines and assured the company of a pioneering role in the field of engine technology, however. The new engine accelerated the 240 D 3.0 from 0 to 100 km/h in 19.9 seconds, with a top speed of 148 km/h (automatic: 20.8 seconds, 143 km/h). 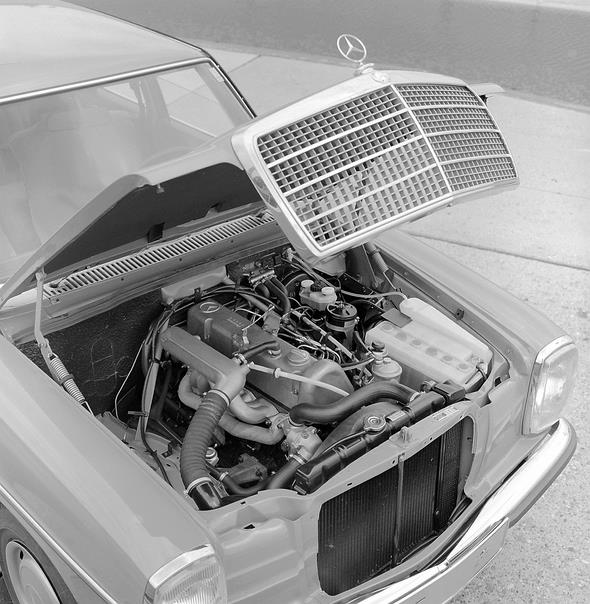 This performance made the 240 D 3.0 the undisputed leader in the field of diesel-powered cars at the time of its press launch.

“With its refined character, smooth running and economy (10.8 litres of diesel per 100 kilometres), the latest diesel-powered vehicle from Mercedes will appeal to a new and broad range of customers,” predicted the press announcement, claiming: “With the 240 D 3.0, driving a diesel has become even more attractive.” From a present-day perspective, the car undoubtedly paved the way for the continuing success of the company’s diesel cars. 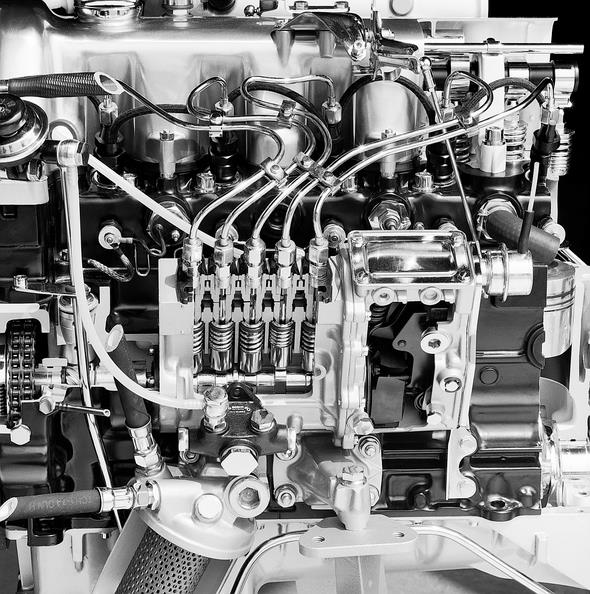 One more cylinder for added output

Mercedes-Benz developed the OM 617 engine in response to the fact that the four-cylinder diesel engines used in passenger cars to date had reached their limits in terms of output. 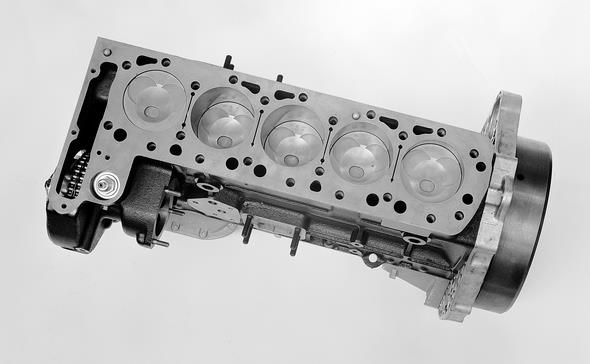 The need for more cubic capacity from which to coax more hp came up against the limited space available in the engine compartment. Tests conducted by Mercedes-Benz with a six-cylinder engine revealed it to be too long, too heavy, and too expensive. Five cylinders appeared to represent the ideal compromise. 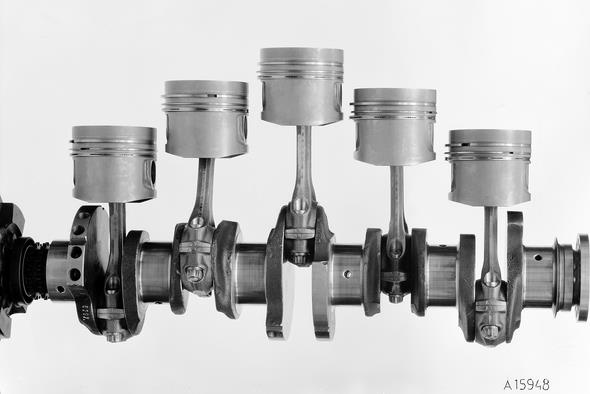 The engineers developed the five-cylinder in-line engine OM 617 for use in series-production cars on the basis of a 2.4-litre OM 616 engine. The latter’s proven characteristics were retained, but the five-cylinder engine was provided with a new Bosch injection pump which was connected via oil ducts to the engine’s oil circuit and was thus maintenance-free. 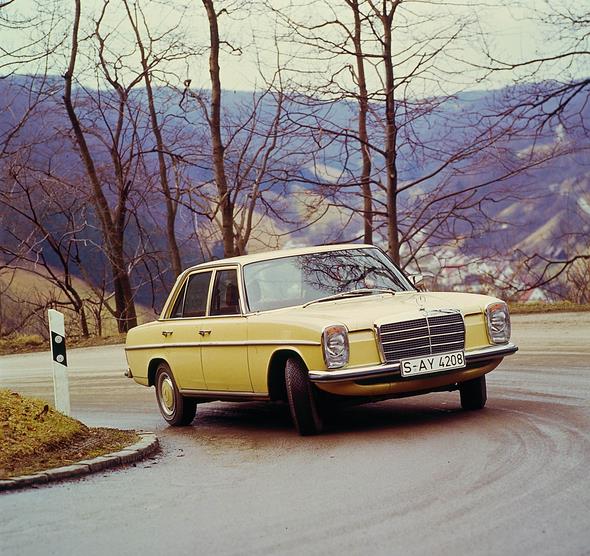 A mechanical governor replaced the pneumatic governor which was customary for the smaller diesel engines. This benefited driving comfort – the 240 D 3.0 with manual transmission revealed virtually no load alteration effects, and with automatic transmission gear-changing was substantially smoother in the partial load range. 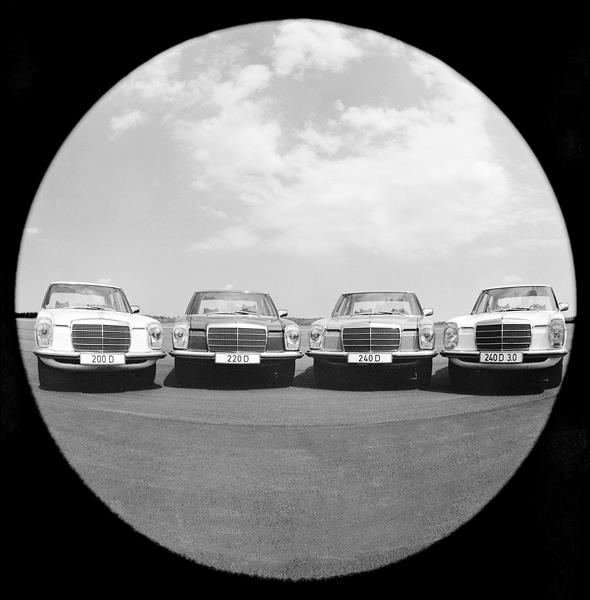 The five-cylinder in-line engine’s increased cubic capacity of 3,005 cc produced an output of  59 kW (80 hp) at 2,400 rpm. The press reporters also welcomed the additional output: “This added power provides a very pleasant boost in practice. […] To put it bluntly: The 240 D 3.0 is the first diesel car that can keep the pace in fast traffic without hindering other vehicles,” wrote “Auto Zeitung”. 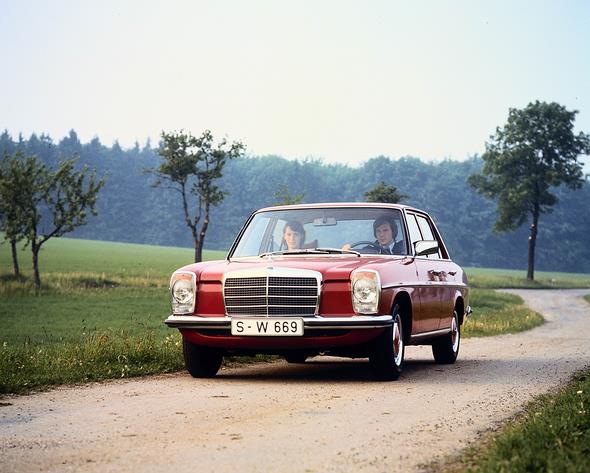 And “auto motor und sport” commented: “Despite the higher gearing, the 15 hp more in comparison to the 240 D provide the 3.0 with a pace that will also be to the liking of drivers who are not sworn diesel fans.”

Innovative starting technology: a turn of the ignition key was all it took

Operation of the car also boasted innovative features: the use of a pneumatic stopping mechanism rather than the mechanical variant of the 2.4-litre engine enabled the new engine to be switched off with the ignition key. 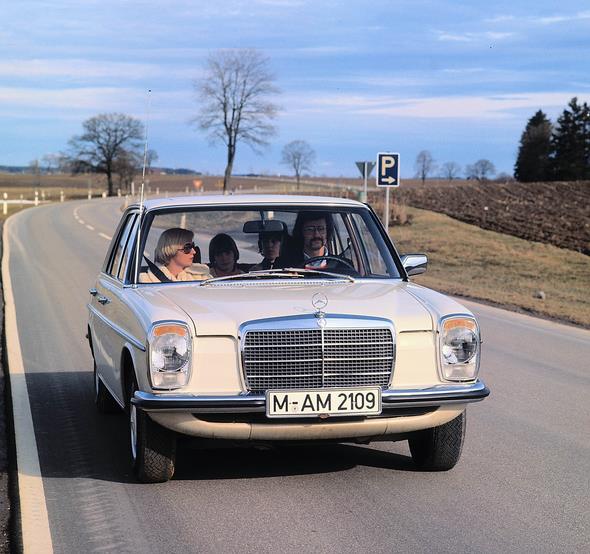 The engine of the 240 D 3.0 was also started up by turning the key, as opposed to the previous practice of pulling a lever: when the driver turned the ignition key, the pre-heating process was initiated and an indicator lamp went on.

After a short time, the indicator lamp duly went off again, and the engine could be started up in the normal manner with the key. Very much the norm today, this mode of operation was valued as a convenient innovation in 1974, after which it successively became established for all diesel cars from Mercedes-Benz and other makes.

Mercedes-Benz also used the five-cylinder diesel engine in other vehicles, such as light-duty vans, and from 1978 in the S-Class 300 SD (model series 116), which was intended for export to the USA; the turbocharged engine in the S-Class had an output of 82 kW (111 hp) at 4,200 rpm. 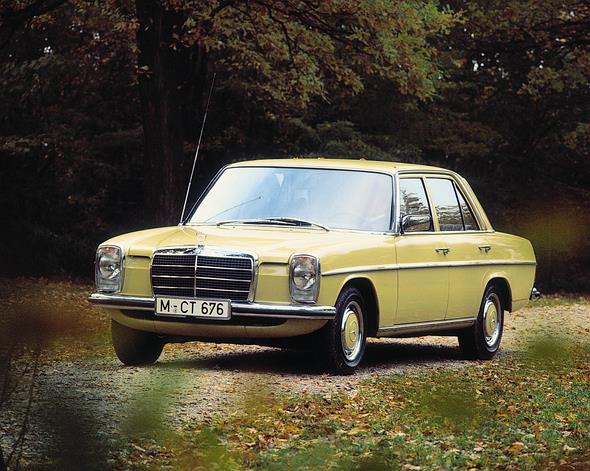 In June 1976, the C 111-II D experimental car caused a stir: for the purposes of testing the high-performance diesel engine, the unit in this sports car employed turbocharging and a charge air cooler to attain an output of 140 kW (190 hp).

On the test track in Nardò/Italy the C 111-II D clocked up spectacular speeds. Four drivers broke 16 world records in the space of 60 hours – 13 for diesel vehicles and 3 for motor cars covering all types of engine.

The average speed on the test run was in excess of 250 km/h – and Mercedes-Benz demonstrated that a diesel is also capable of sprinting. 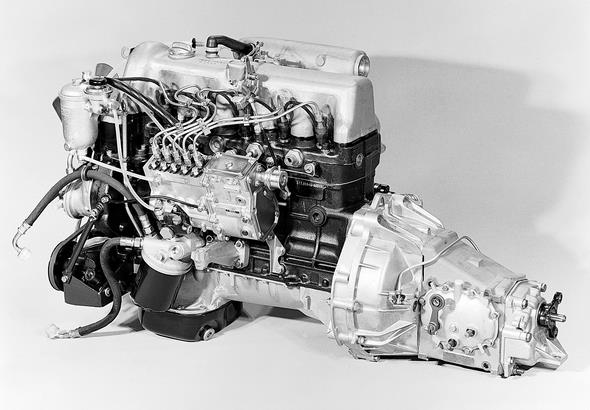 They also featured a coarser-meshed radiator grille as a distinguishing feature. The most notable engineering design feature of the new model series was to be found under the luggage compartment: the so-called “diagonal swing axle”.

This new axle offered substantially improved handling characteristics in comparison to the previous models, without compromising on ride comfort.Overall, the model series 114/115 marked a great step forward and set standards for the later generations of the premium middle-class category from Mercedes-Benz – the present-day E-Class. 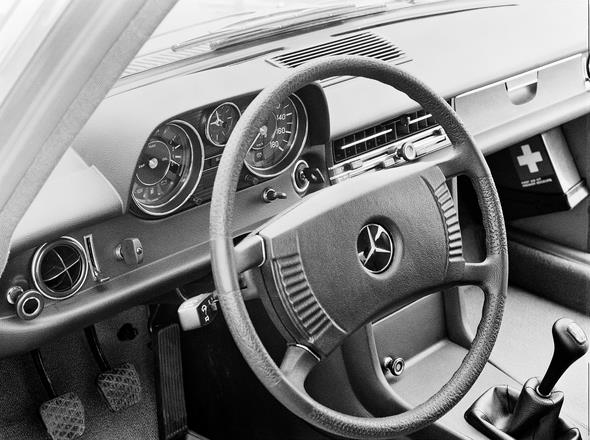 More than just a fine sight to behold: the new GLA-Class

From Africa to England on just a single tank of fuel