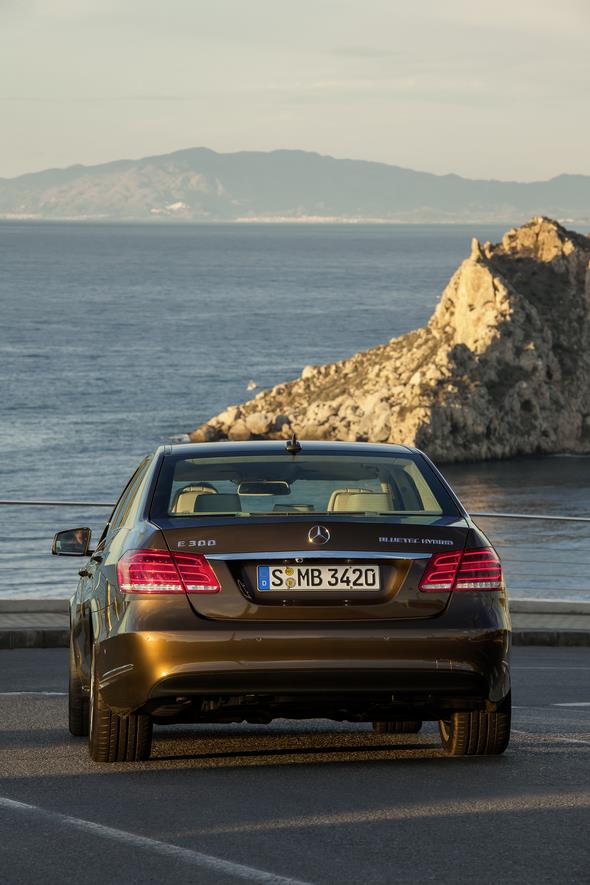 Stuttgart – A Mercedes-Benz E 300 BlueTEC HYBRID has travelled the 1968 kilometres from Tangier in North Africa to Goodwood in England without having to refuel – and on reaching its destination still had enough fuel left for a further 160 kilometres.

“Is it possible to drive a Mercedes-Benz E-Class Saloon from North Africa to the UK on just a single tank of fuel?” British journalist Andrew Frankel discovered the answer this question by conducting a very challenging experiment of his own.

He and his co-driver set off from Tangier in Morocco in a standard E 300 BlueTEC HYBRID, crossed through Spain and France and reached their destination in Goodwood in England after driving for 27 hours.

On arrival the speedometer showed that a distance of 1968 kilometres had been covered – and the fuel gauge still showed that there was enough fuel left over for around a further 160 kilometres.

The total range of the hybrid vehicle, which is available as an option with an 80-litre diesel tank, can therefore be calculated at some 2129 kilometres.

Admittedly, on their journey across two continents, four countries and through three time zones, the adventurous journalist and his companion made sure that they adopted a fuel-efficient driving style, however at times their progress was made difficult by heavy rain, high temperatures, big differences in altitude and also heavy rush-hour traffic.

Nevertheless they ultimately posted an average consumption of just 3.8 litres of diesel per 100 kilometres –combined consumption figures of 3.8 to 4.1 litres (corresponding to 99 to 109 grams of CO2 per kilometre) indicated by the manufacturer.

As a result, the 27-hour long-distance journey is not only proof of the outstanding practical qualities of the innovative hybrid technology of Mercedes-Benz, but also demonstrates that the consumption figures indicated by the Stuttgart-based premium brand are both realistic and applicable in everyday use.

Despite its frugal use of fuel, the Mercedes-Benz E 300 BlueTEC HYBRID boasts spirited driving pleasure. Its four-cylinder diesel engine (150 kW / 204 hp), which is combined with an electric motor (20 kW / 27 hp), accelerates the Saloon from a standing start to 100 km/h in 7.1 seconds and takes it to a top speed of 242 km/h.

The E 300 BlueTEC HYBRID therefore justifiably occupies a leading position among the most economical models in the upper medium-size category in every respect.

40 years ago: The 240 D 3.0 was the first series-production car with a five-cylinder engine

The next generation CLS