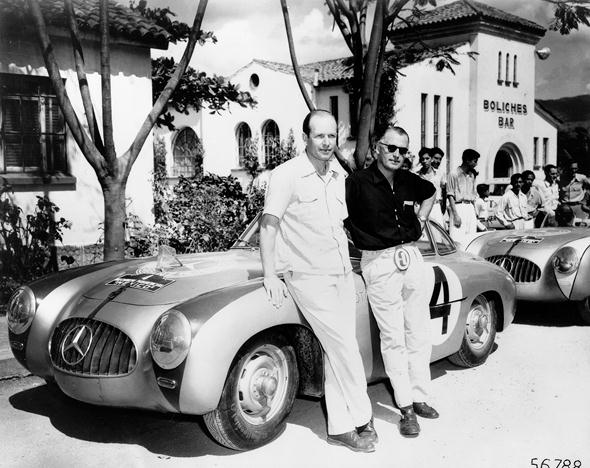 Stuttgart – The 1952 racing season was a resounding success for Mercedes-Benz: in Berne, Le Mans, and at the Nürburgring race track, the 300 SL racing sports car (W 194) left competitors in its wake. With its celebrated double, triple, and quadruple victories, the 300 SL impressively demonstrated its sporting gene, which it passed on to successive vehicles in the SL series. 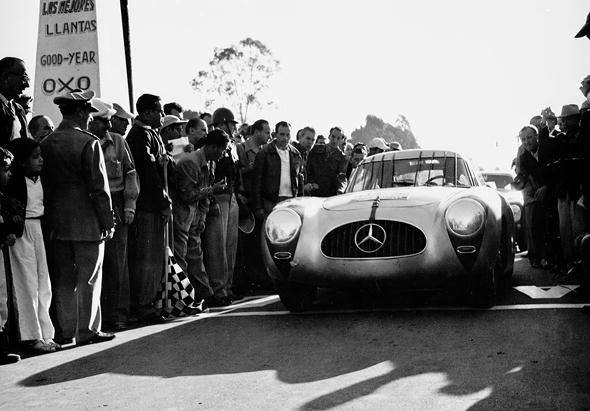 The racing calendar that year featured a further highlight rounding off the season from 19 to 23 November 1952: the 3rd Carrera Panamericana in Mexico, one of the most gruelling endurance races in the world. 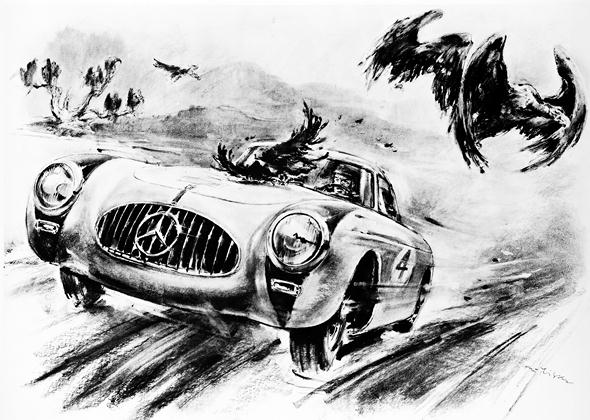 Flashback to the year 1952: the Carrera Panamericana adventure began in September 1952, with altitude tests on the Grossglockner mountain in Austria. It was here that the 300 SL was prepared for the high-altitude conditions that it would face in Mexico, where much of the route was around 2000 metres above sea level, with the highest point in the race, the Puerto Aires pass, as high as 3196 metres above sea level. 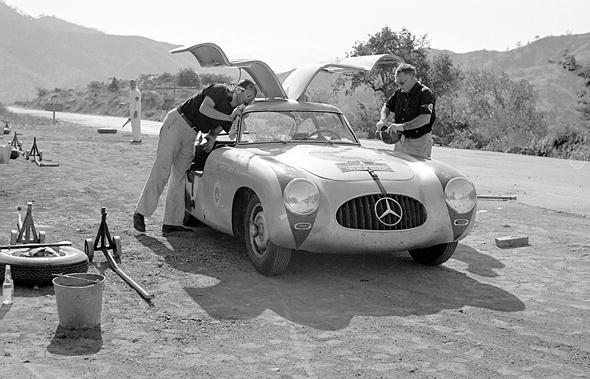 Finding the ideal carburettor setting posed a particular challenge, because the individual stages of the race also featured repeated descents to between 200 and 300 metres. At the same time, the engineers were looking for more engine power for the 3100-kilometre race in Mexico. 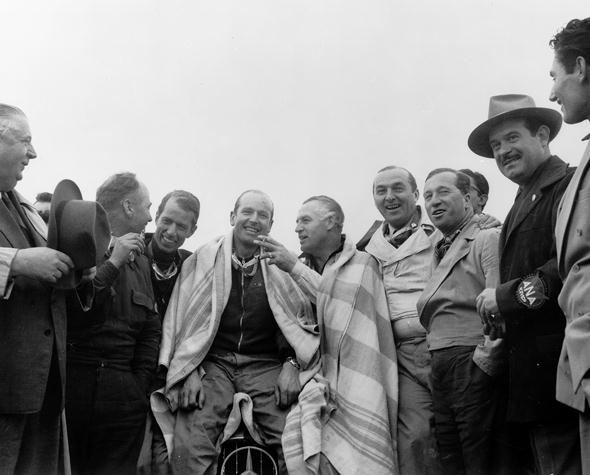 In the end, by implementing various improvements, they were able to boost output from 170 hp (125 kW) to 180 hp (132 kW). In early October, a large “expeditionary force” set off by ship for Veracruz, Mexico. As well as the three Mercedes-Benz 300 SL competition cars, the fleet included a further 300 SL model and a range of back-up vehicles. 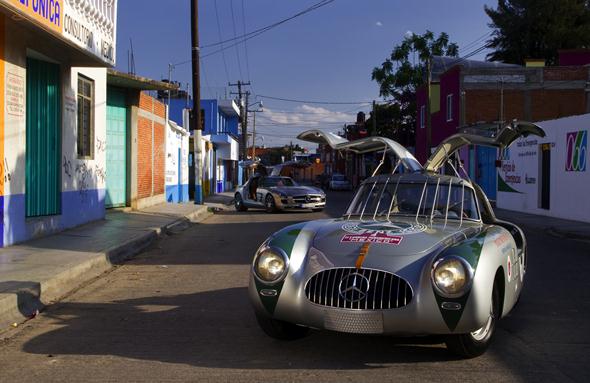 The first of the eight stages, over a distance of 530 kilometres from Tuxtla to Oaxaca, started on 19 November 1952 at 7 a.m. precisely. Hermann Lang, Karl Kling and John Fitch all drew low starting numbers, which meant they followed one another at short intervals. 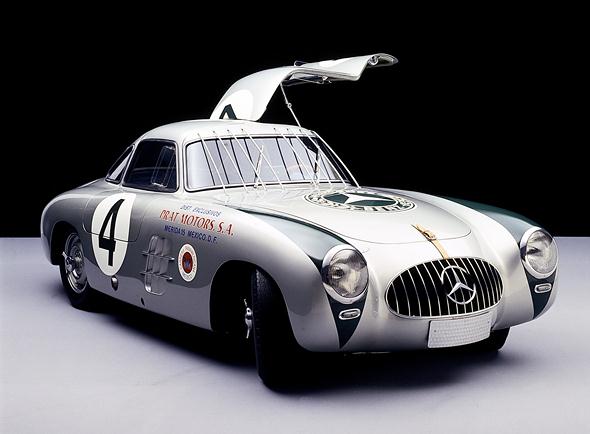 It was during this stage that the now celebrated vulture accident occurred, when the 300 SL of Kling and Klenk collided with it (which some people say was a buzzard). 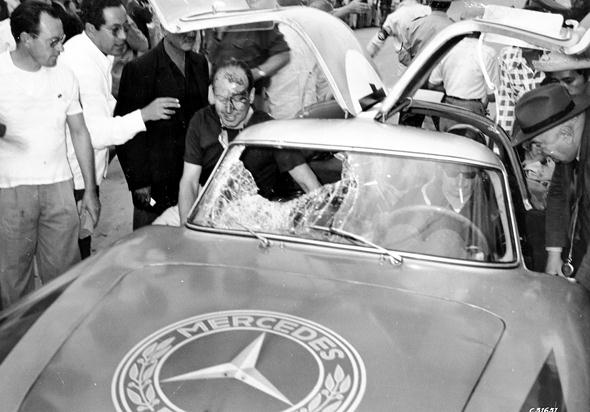 Whatever kind of bird it was, it smashed through the windscreen at over 200 km/h, hitting co-driver Hans Klenk on the head, and leaving him with a bleeding scalp wound. The co-pilot briefly lost consciousness, but Karl Kling managed to bring him round by vigorously shaking him. 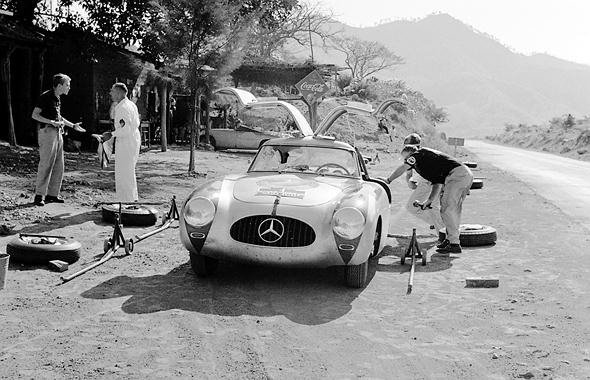 Once he had come to, Klenk asked him to carry on with the race. At the stage finish, which, despite the incident, the two reached in third place, the vehicle was fitted with a new front windscreen with four vertical metal bars on each side for additional protection. The original vehicle is today an exhibit in the Mercedes-Benz Museum. 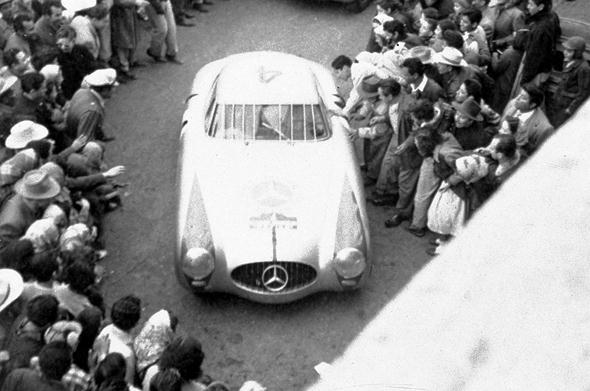 After eight breakneck and exhausting stages, Kling and Klenk finally reached the finish in Ciudad Juárez on 23 November 1952 in a time of 18 hours, 51 minutes and 19 seconds. Lang and Grupp crossed the finish line in second place, just 35 minutes behind the winners. 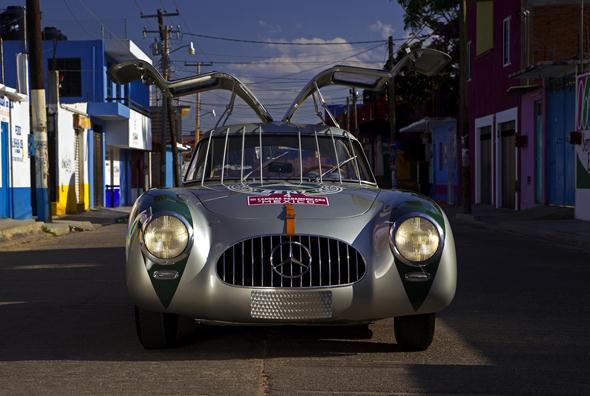 With the SL double victory at the 3rd Carrera Panamericana in Mexico, Mercedes-Benz pulled off one of the most important successes for the brand in the 1950s. 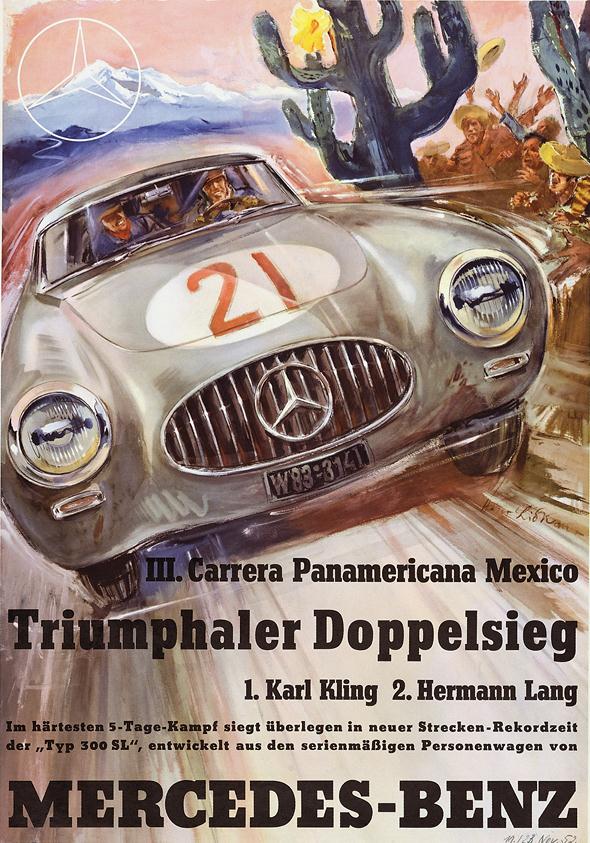 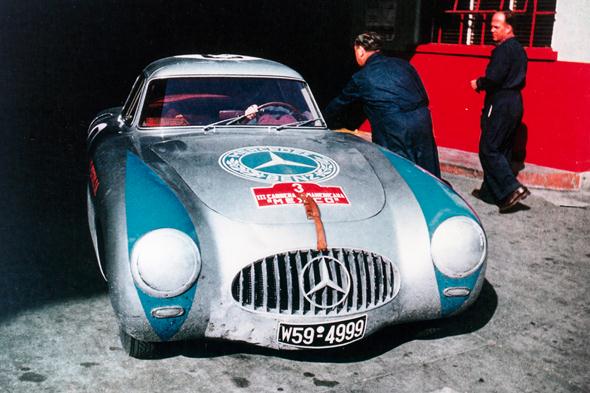 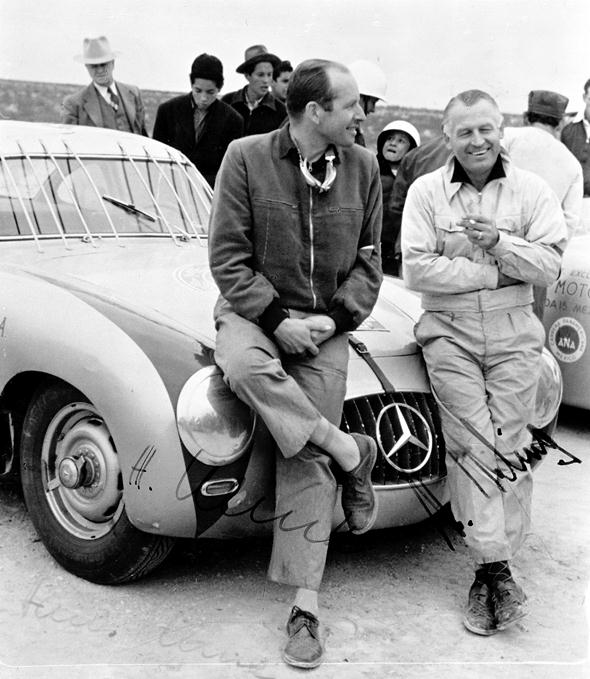 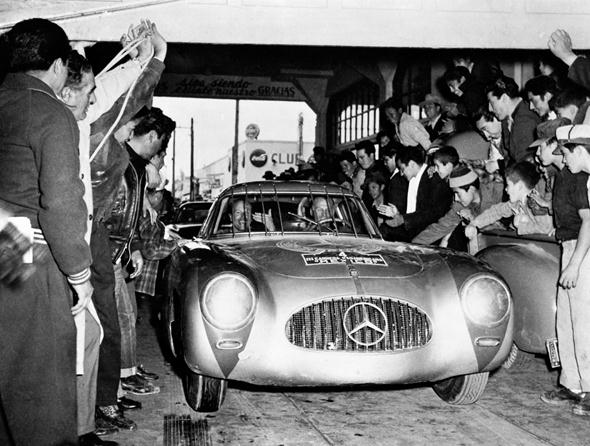 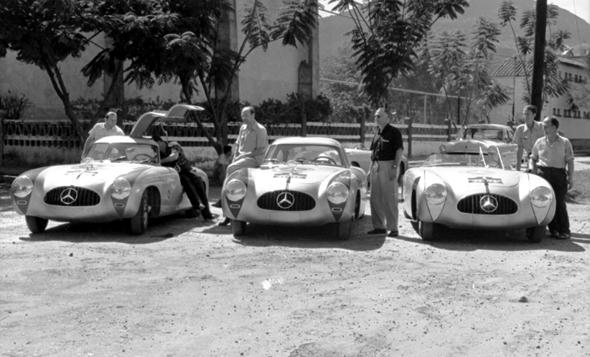