With diesel engines fuel pressure of up to 1.350 bar is maintained throughout a single line – the common rail – and distributed to the injector nozzles. Non-CDI diesel engines use separate lines to the individual cylinders with lower pressure. 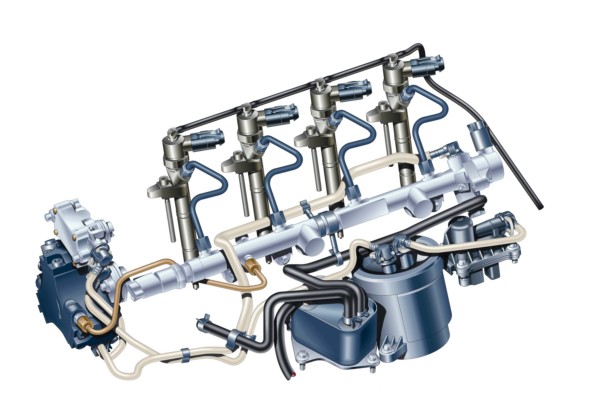 The Mercedes-Benz six-cylinder CDI power plant is one of the best engines in the American market. US auto magazine “Ward’s” has selected the powerful, yet economical, direct-injection diesel as a winner of the “Ten Best Engines Award 2005” 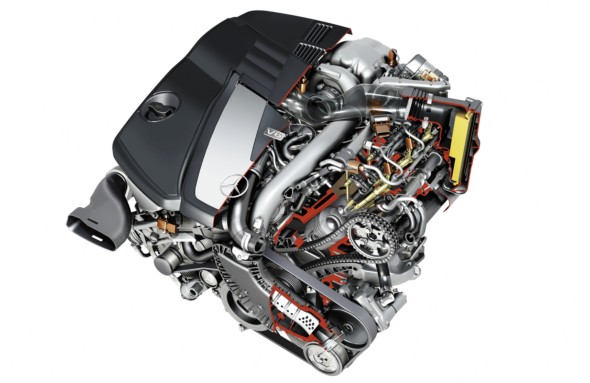 Six cylinders, a turbocharger, charge-air cooling, common-rail direct injection — these are the key characteristics of the award-winning diesel unit in the E 320 CDI, which has been  conspicuously successful ever since Mercedes-Benz began selling it in the US market in spring 2004.

With its output of 150 kW/204 hp and maximum torque of 500 newtonmetres, which is available from just 1800 rpm, the six-cylinder unit in the E 320 CDI consumes only 6.9 litres per 100 kilometres (NEDC combined consumption). This means that a full tank of fuel (80 litres) gives the Saloon a range of 1100 kilometres.

Able to accelerate from standstill to 100 km/h in 7.7 seconds and on to a top speed of 240 km/h, the diesel-powered E 320 CDI can hold its own with comparable petrol-driven models. 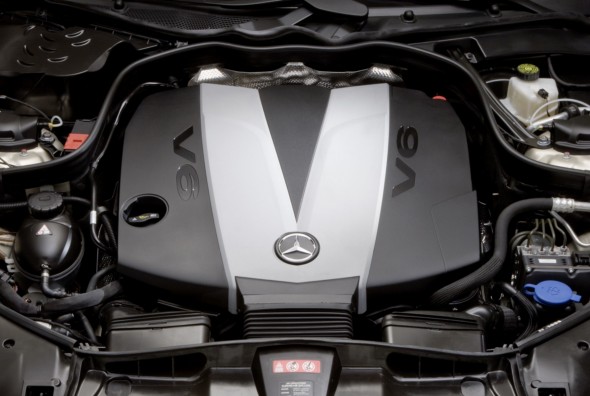 US auto magazine Ward’s is presented Mercedes-Benz with the “Ten Best Engines of 2005” award yesterday on the occasion of the North American International Auto Show in Detroit.