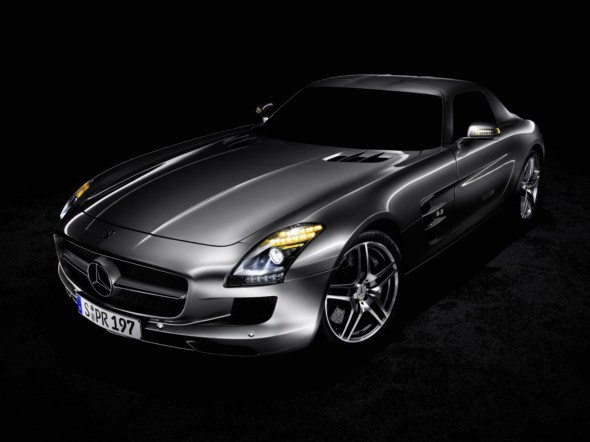 Stuttgart – The Mercedes-Benz SLS AMG has become the only car to win a Design Award of the Federal Republic of Germany in gold. This award is held in particularly high esteem, because only products that have previously won a design award may be nominated to receive it.

The super sports car from Mercedes-Benz, of which the stunning lines and distinctive gullwing doors recall the legendary 300 SL of the 1950s, faced some stiff competition. More than 1500 products were entered for the design compe-tition, to which entries were invited this year for the 41st time by Germany’s Federal Minister of Economics and Technology – a record number.

A highly qualified, independent jury, made up of representatives of industry, academia, design and the media, decided upon the recipients of the design award. Following a rigorous selection process, the jury ultimately awarded the Design Award of the Federal Republic of Germany 2011 in gold to 25 products. The Mercedes-Benz SLS AMG was the only car to receive this top award.

The Design Award of the Federal Republic of Germany 2011 is all the more special because its expert jury can only confer it on products that have previously received other design awards. This ensures that the standard is always extremely high. 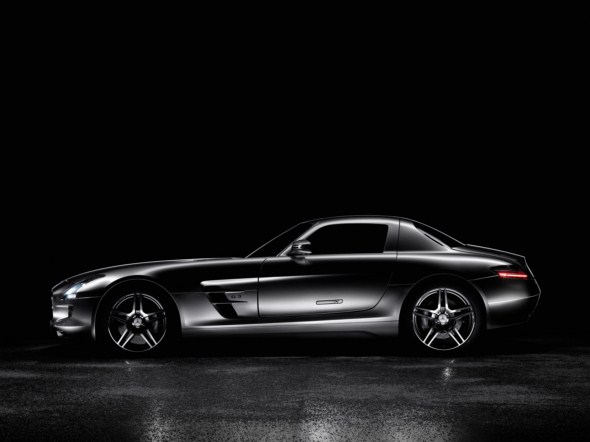 The Mercedes-Benz SLS has already received numerous design awards from around the world, including the prestigious “red dot” design award. The “gullwing” model was also the winner of several large-scale reader surveys
carried out by top motoring magazines. It is, however, not just the exceptional and exciting design of the super sports car that makes it stand out from the crowd, but also its stunning technology.

The German Design Award will be presented by the Federal Ministry of Econo-mics and Technology at a special public awards ceremony on 11 February 2011. The German Design Council is also arranging a design award exhibition at which all prize-winning products will be displayed.

Since its world premiere at the 2009 International Motor Show in Frankfurt/Main, the SLS AMG has won numerous major awards that include:

Appearing in the E-Class and S-Class from December