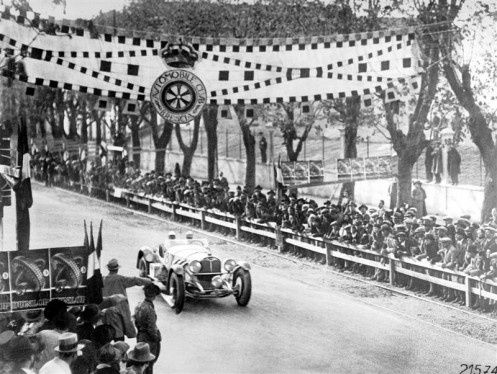 Stuttgart/Brescia
Rudolf Caracciola was the first foreign driver to win the famous Italian Mille Miglia road race. He and co-driver Wilhelm Sebas-tian completed the 1,635 kilometers at an average speed of 101.1 km/h driving a Mercedes-Benz SSKL (W 06 RS series) on April 12/13, 1931. 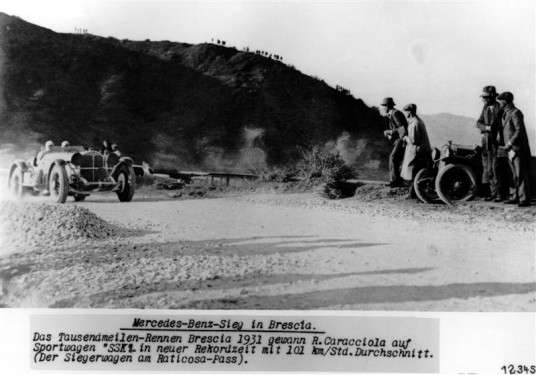 The first car race on a route linking Brescia, Cremona, Mantua and Brescia was held on September 10, 1899. However, the real start of the Mille Miglia dates from 1927. In its early years the race was contested by a handful of automobile enthusiasts and centered on the area around Brescia. Eventually it was decided to lengthen the course and to divide the race into successively longer race sections in three stages. Rome was to be the turning point, giving a total course length of 1,000 miles. The name Mercedes-Benz became inextricably bound up with this famous racing spectacle in 1930, when Rudolf Caracciola finished in sixth place at the wheel of his SSK. In the years that followed the brand was to lift many victories including the unforgettable win and unbeaten record time set by the duo of Stirling Moss/Denis Jenkinson in the Mercedes-Benz 300 SLR in 1955. 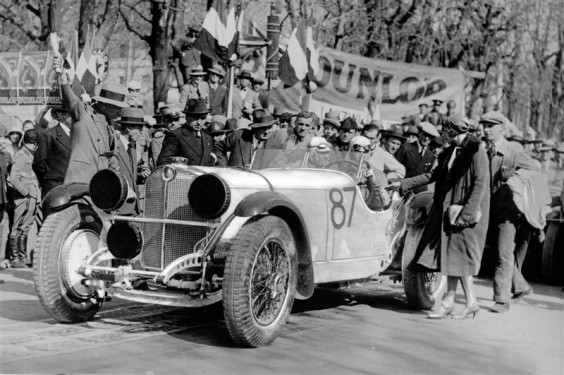 The last traditional Mille Miglia raced in the old format as a timed long-distance race was held in 1957. However, in 1977 the race underwent a revival as the Mille Miglia storica, an event open only to vehicles that took part in the races up to and including the 1957 race. That restricted the number of participants nevertheless, Mercedes-Benz has been very well represented at every race since, mostly with several cars entered. 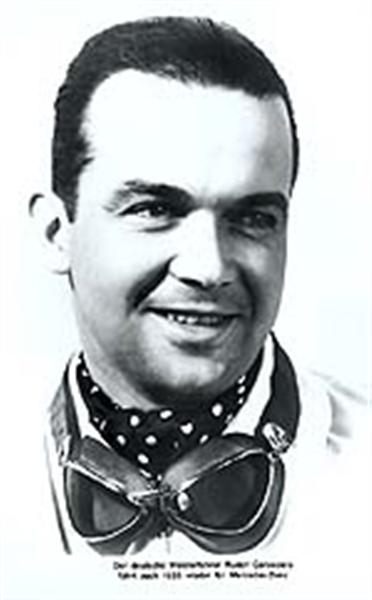 Rudolf Caracciola was born in Remagen on January 30, 1901. Both parents were motorsport enthusiasts  and the young Rudolf was given special dispensation to take his driving test at the age of 15. His racing career, which spanned a 30-year period, started out with motorcycles. Aged 21 he won the 1922 Round Cologne race, after which he was sent as works driver for the Fafnir-Automobilwerke to the AVUS race in Berlin. Finishing a respectable fourth place and with a subsequent win shortly afterwards driving an Ego compact car at the Grunewald-Stadion in Berlin, Caracciola applied for a job at Daimler-Benz, and he signed up as a racing driver at the start of the supercharged era. In 1923 he contested his first race as a works driver in the Mercedes 6/25/40 hp touring sports car in Baden-Baden, winning this and a further eleven races in the same season. His overall record for the season makes impressive reading: with one victory coming hard on the heels of another, there was barely a race he didnt win. His ability to drive safely and at speed even in bad weather earned him the admiration of his racing colleagues and the unofficial title rain master. 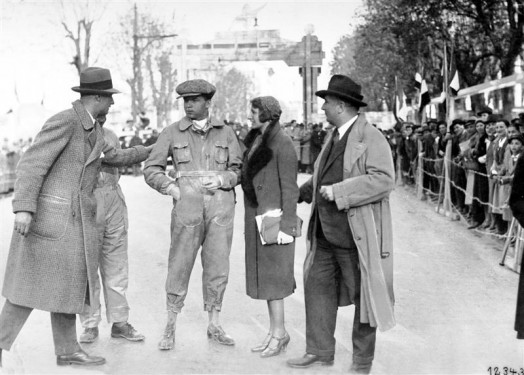 Circumstances of world history meant that Caracciola lived to experience two distinct periods of racing: the sheer power of the super-charged era in the years before the Second World War, and the triumphant march of the more refined vehicles in the post-war years towards a more closely coordinated overall system. Caracciola was a virtuoso with both styles of vehicle until his racing career was abruptly ended by a serious accident. At the Grand Prix of Bern in 1952 the nearside rear wheel of his Mercedes-Benz 300 SL locked and he skidded into a tree. He shattered the bones in his left leg and was confined to a wheelchair and crutches for a long period. In 1956 he was asked by Daimler-Benz to work in a representative capacity for the company and to head up vehicle sales to the Americans and British stationed in Europe. Rudolf Caracciola died in Kassel on September 28, 1959, aged 58.

The Mercedes supercharged vehicles first took shape in the design offices of Daimler-Motoren-Gesellschaft (DMG) in the early 1920s in other words before the merger with Benz & Cie. Their development was driven by Gottlieb Daimlers son Paul, who had taken over as technical director upon the retirement of Wilhelm Maybach from DMG in 1907 and was now also a Member of the Board of Management. The company had plenty of experience with mechanical supercharging, since aero engines and submarine assemblies had for some time been using superchargers to boost output.

The first racing car to feature a 1.5-liter supercharged engine was the 6/40/65 hp model, raced at the 1922 Targa Florio in Sicily and, piloted by works driver Paul Scheef, who finished a respectable third. In the production class race at the same event Max Sailer notched up a first victory for the Mercedes 28/95 hp, the engine of which had been fitted with a supercharger for the race and delivered 140 hp. 1924 saw the arrival of the first Mercedes race cars with 2.0-liter eight-cylinder supercharged engines, developed by Ferdinand Porsche, who joined DMG as technical director from Austro Daimler. And just two years later the bolides claimed victory at a prestigious event, with the 25-year-old Caracciola and his co-driver Eugen Salzer winning the AVUS race at an average of 135 km/h an almost unthinkable speed for the day.

The next generation of Mercedes-Benz sports cars was the K, S, SS, SSK and SSKL models. Unlike their thoroughbred racing predecessors, these new cars were designed as sporty road vehicles. Between 1926 and 1933 these vehicles popularly known as White Elephants and fitted with a supercharged six-cylinder engine were without equal either on the road or on the race track. For many well-heeled gentleman-drivers these cars were the ideal instruments with which to try their strength at the various racing events. More so in those days than now, perhaps, such races were extremely important occasions on the social calendar.

The development culminated in the SSKL model, driven by Caracciola at the Mille Miglia in April1931. It was based on the SSK, which had a short wheelbase and was therefore light and maneuverable. The SSKL was even lighter  hence the L in the model designation and weighed approximately 1,350 kilograms. That was not particularly heavy for a supercharged six-cylinder engine with a displacement of 7,065 cubic centimeters and an output of 300 hp. Top speed was an impressive 235 km/h. The final evolutionary stage of the widely respected SSKL lined up for the 1932 AVUS race in Berlin. Private driver Manfred von Brauchitsch had the car fitted with a streamlined body and took first place with an average speed of 194.2 km/h.