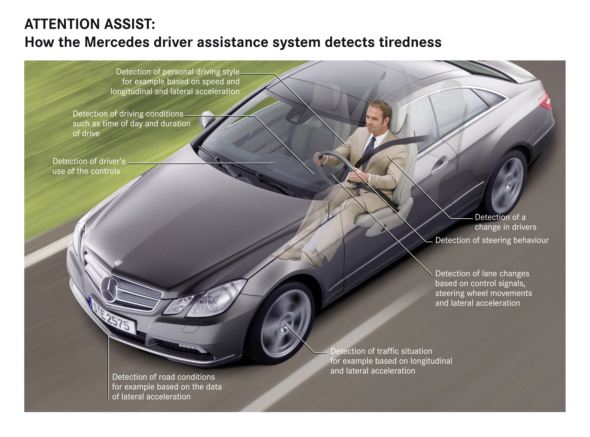 Summer sunshine and sandy beaches by the sea – in a few days’ time the great annual holiday period gets under way in a number of German federal states, starting with Bremen, Niedersachsen, Sachsen-Anhalt and Thüringen. For many people, heading off on holiday is the longest car journey which they make during the whole year. “The more the car is able to take the pressure off the driver, the more stress-free driving on long journeys can become”, explained Dr. Jörg Breuer, Head of Active Safety of the Mercedes-Benz passenger car division, speaking on the fringes of a traffic safety conference in Berlin. Avoiding stress-induced accidents and improving physiological safety are among the main focal points of the safety research undertaken by Stuttgart-based automotive manufacturer Mercedes-Benz. 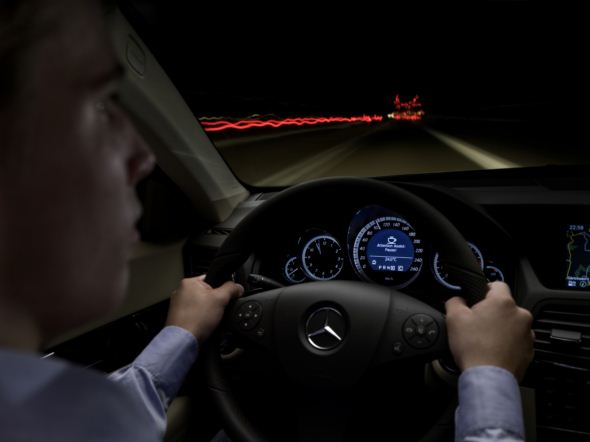 By way of example, Breuer referred to a warning system to detect drowsiness at the wheel, called ATTENTION ASSIST, which Mercedes-Benz is fitting as standard to all E and S-Class vehicles (with the exception of the S 400 HYBRID). “In the near future we plan to equip other model series with the system too”, announced Breuer. Based on 70 parameters, the system detects unusual steering wheel movements, such as when drivers are in danger of momentarily nodding off. The system then issues visual and audible warnings requesting the driver to take a break. 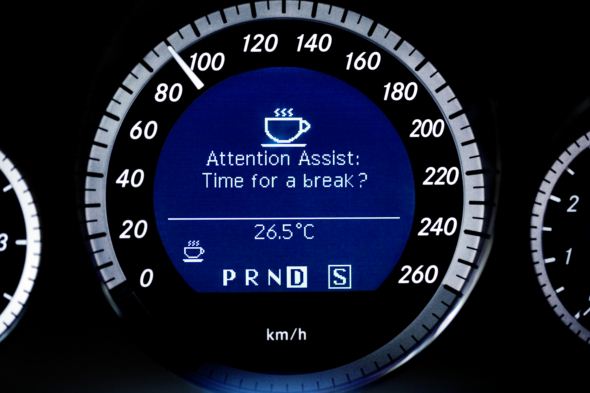 In Germany, drowsiness is currently the cause of 25 percent of all fatal road traffic accidents. According to scientific studies, material damage amounting to some five billion euros is caused each year in Germany by drivers who are overtired. If other manufacturers were to follow the example being set by Mercedes it is expected that a further significant reduction in the number of casualties on the roads could be achieved. “Our research shows that following the introduction of new safety systems, the frequency and severity of accidents involving vehicles fitted with the systems drop significantly”, explained Breuer. 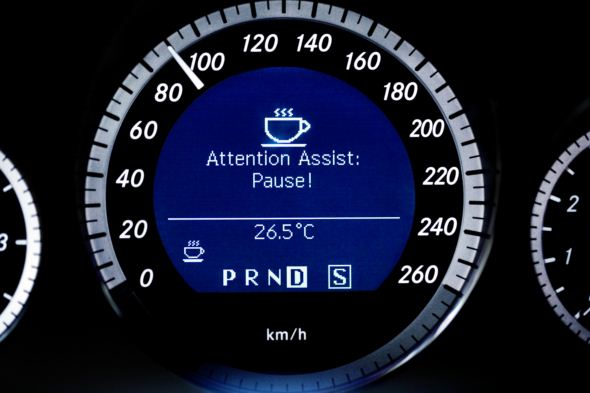 In addition to an improved traffic infrastructure, the efforts of the automotive industry to increase road safety have had a positive effect. According to figures from the German Federal Office of Statistics (Destatis), the number of road traffic victims has fallen continually since 1970. In 2009 there were 4154 deaths on German roads, the lowest since 1950. The figures peaked in 1970 with 21,332 road fatalities. Since then, the number of deaths on the roads has fallen by around 80 percent.