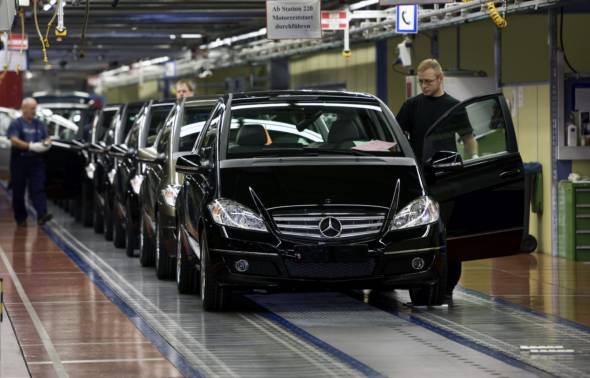 Stuttgart – Mercedes-Benz delivered its 2.5 millionth compact vehicle to a customer in March 2010. “We’ve set the standards for premium compact vehicles with the A- and B-Class, and we plan to further exploit our outstanding position in this segment in the future,” said Dr. Joachim Schmidt, Head of Sales and Marketing Mercedes-Benz Cars.

“We want to attract new customer groups and also achieve growth in additional markets with the successor generation in this segment.” Mercedes-Benz will expand its compact vehicle portfolio from two to four models starting at the end of 2011. The future models will offer product attributes that are already popular among A- and B-Class customers, such as the spacious interior. The brand will also set a new tone through the introduction of additional model variants and concepts.

With the A-Class E-CELL (production start in 2010) and B-Class F-CELL (production since 2009), Mercedes-Benz’ compact model series also makes the brand a pioneer in alternative drive systems. The A-Class E-CELL will initially be produced in a small batch of more than 500 units and then leased to selected customers for a period of four years. The model’s state-of-the-art lithium-ion battery enables a range of more than 200 kilometers, making the A-Class E-CELL, like all battery-electric vehicles, particularly suited for urban applications.

The Mercedes-Benz B-Class F-CELL has an electric drive system that obtains energy from a fuel cell. The vehicle in effect carries its fuel on board, and with a range of approximately 400 kilometers it is suitable for both emission-free city driving and trips over longer distances. The first of the approximately 200 B-Class F-CELL models will be delivered to customers in Europe and the U.S. in 2010. 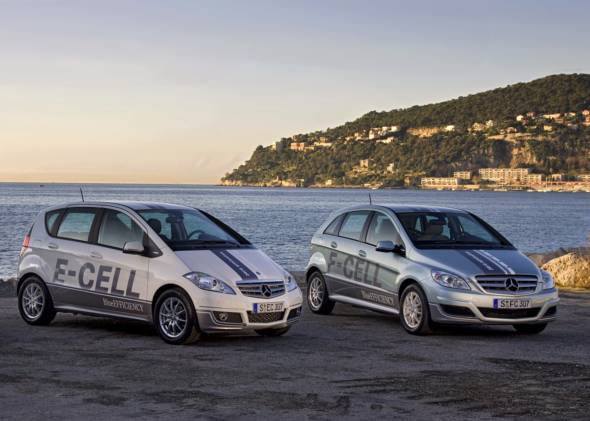 The A- and B-Class models are especially popular in European countries. Along with their home market, Germany, their most important sales markets include Italy and France. The B-Class has also gotten off to a successful start on the Chinese growth market, as 6,400 units have already been sold since the model was introduced to China at the beginning of 2009.

The most popular B-Class engine variants worldwide are the B 180 and the B 180 CDI; the best-selling A-Class variants are the A 160 and the A 180. Cosmos Black and Polar Silver are the favorite colors of A- and B-Class customers, who also very much like the Active Park Assist system that has been available as an option since 2008.

New models in the production network

The next generation of the A- and B-Class will be produced in the Mercedes-Benz production network. The competence center for Mercedes-Benz compact vehicles is located at the Rastatt plant, which has been producing the A-Class since 1997 and the B-Class since 2005. Daimler AG is investing €600 million to expand production capacity at the facility. Construction of an additional production plant in Kecskemét, Hungary, for the Mercedes-Benz compact models has already begun, and the investment here totals €800 million.