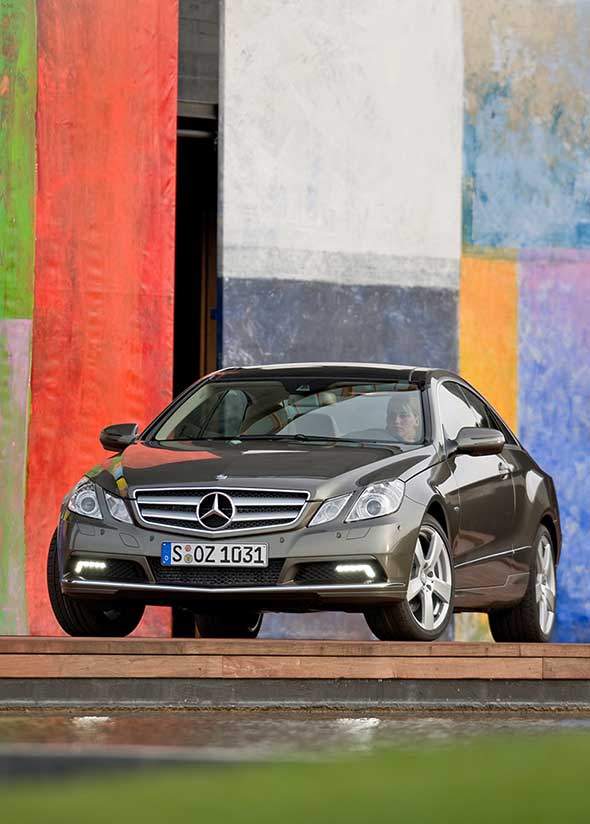 Stuttgart – Mercedes-Benz has achieved a new sales record, both for the month of September and for the third quarter. The 123,358 units delivered during the month topped the September 2011 record by 2.0%.

The Mercedes-Benz Cars division also set new sales records for September and the year to date. The company sold 132,606 (+2.4%) Mercedes-Benz, smart and Maybach brand vehicles during the month. Total sales for the first three quarters of 2012 marked a +4.7% increase over the record volume achieved in the same period last year (1,043,910 u.).

Dr. Joachim Schmidt, Executive Vice President Sales and Marketing, Mercedes-Benz Cars: “Despite numerous model changeovers and the difficult market environment in Southern Europe, we sold more vehicles than ever before in September and the third quarter.

Thus we are still on track to achieve a new sales record for the year as a whole. We expect further momentum in the fourth quarter, especially from our new models. In particular, the response to our new A-Class has been excellent and we already have about 70,000 orders. Our facelifted GLK and the new M-Class and B-Class are also extremely popular.”

Mercedes-Benz continues to be the premium brand with the highest unit sales in the U.S. in 2012. Also in September, the U.S. market was one of the key drivers behind Mercedes-Benz’ positive performance.  In total, 23,156 vehicles were delivered to their new owners (+7.0%).

Besides the countries of the NAFTA region, the brand with the star also set new sales records for September and the first three quarters of 2012 in China (incl. Hong Kong) and Russia.
Mercedes-Benz’ September sales in China amounted to16,806 units (+10.0%), raising the total number of passenger vehicles delivered since January to 144.530 units (+6.7%).

In Russia, the company grew its year-to-date sales by around 25%.

In Germany, Mercedes-Benz’ year-to-date sales are on previous year’s level (190,758 u., +0.4%). In mid-September, the new A-Class celebrated its European market launch. With 700,000 visitors, this was the most successful dealer premiere of all times. About 70,000 orders have already been placed and will be delivered successively, from now on.

In September, Mercedes-Benz delivered a total of 22,566 passenger cars to the German market (prior year: 24,514 u.), the top sellers being the new B-Class and new M-Class, as well as the facelifted GLK. The GLK even had its best September sales ever in Germany.

On the Western European market (without Germany), the Mercedes-Benz brand delivered 33,929 vehicles in September (+1.6%) despite the difficult market situation in Southern Europe markets. Thus, year-to-date sales are on the previous year’s level (+0.3%).

The brand’s performance in UK came as a pleasant surprise once again in September with 16,500 vehicles sold and 14.0% growth, which was a new record for this month. In France, where the 2012 Paris Motor Show was getting underway, the strong demand for the company’s models continued into September (+7.0%).

A key theme of Mercedes-Benz’ presentation at this year’s Motor Show is “green mobility.” Highlights include the world premiere of the SLS AMG Coupe Electric Drive, the world’s fastest electrically-powered, serially produced vehicle, and the new Concept B-Class Electric Drive.

While the B-Class Electric Drive will be brought to market in 2014, the new B-Class with combustion engine continued its success story in September with 14,722 new customers. This is not just a new record, it is also almost three times the sales result of September 2011 (+180.2%).

Last month also marked the B-Class’ first sales milestone: Since its market launch in November 2011, more than 100,000 units of the B-Class model series have been sold.

The M-Class, for its part, was able to pass the same milestone in September as well. Vehicles in the C-Class segment also continue to be popular. Total sales since the start of the year have grown by 8.9% (312,072 u.) over the same period last year.

The new SL was a big hit again in September with a nearly sixfold increase in sales of the sporty roadster (+466.9%). The high demand last month also continued for the Mercedes-Benz line of SUVs, where the sales record for the month set last year was topped by a further 30.7%.

As in August, the most significant growth drivers were the facelifted models of the GLK (+48.3%) and the G-Class (+32.7%), as well as the new M-Class (+57.7%). For both, the GLK and the M-Class this was the best September of all time for sales. In addition, the M-Class was the market leader in its segment worldwide.

Year-to-date and September sales hit new records in China and Mexico. Thus, the smart is well on its way to repeating last year’s solid sales performance with a total of 78,984 vehicles delivered to customers in the first three quarters of 2012 (+1.8%).

Mercedes-Benz Cars sales at a glance