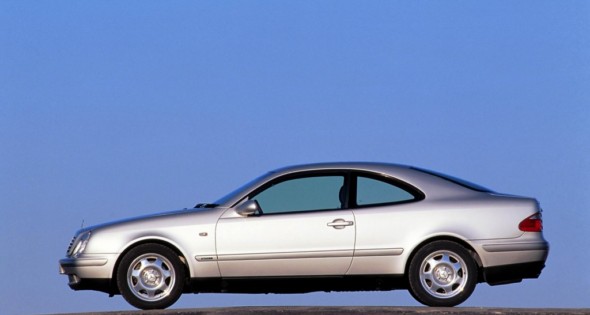 The CLK range in general were fabricated from 1997-2002. The CLK-Class represents Mercedes-Benz foray into mid-sized  rear-wheel drive coupé.

A combination of the C-Class and the E-Class the CLK is a coupé version of the W210 and the W211 E-Class sedan/wagon. 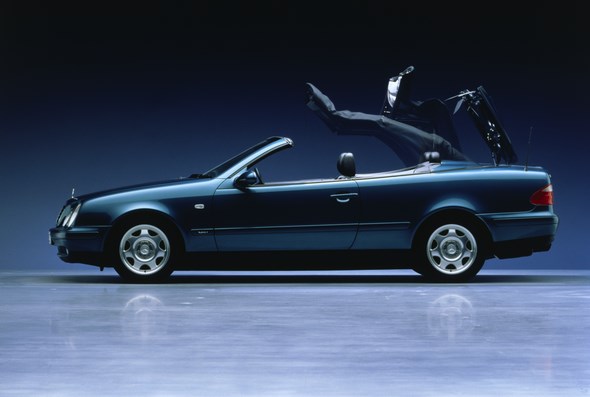 Considerably cost effective as compared to the sporty SL-Class convertibles, it has been later replaced by the W212 E-Class Coupé. 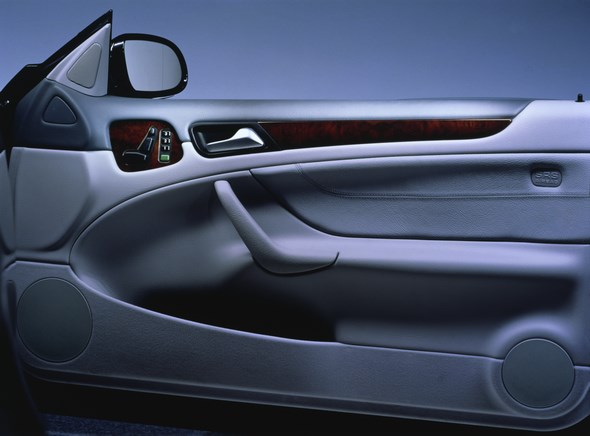 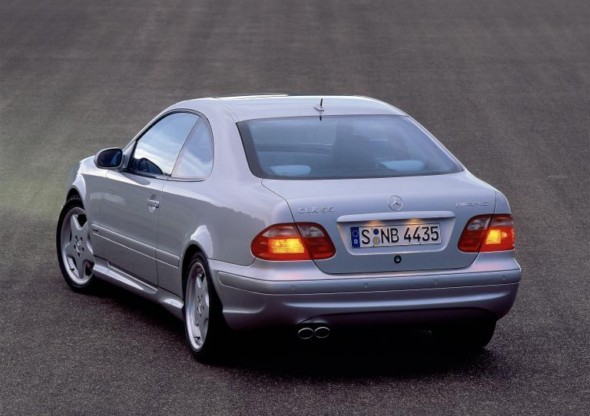 C208 were the Mercedes-Benz W208 coupés sold under the CLK-Class model nomenclature. The models were available both in the coupé and cabriolet form and had four seats. 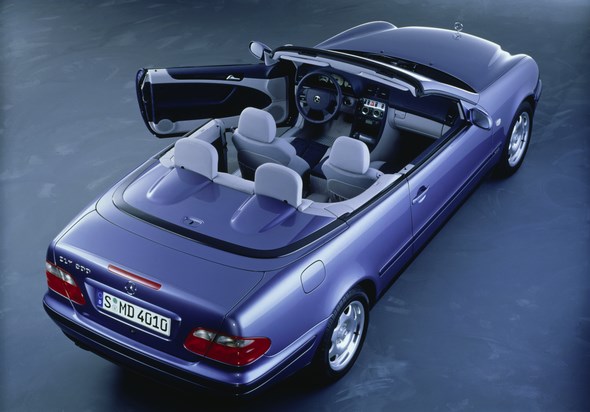 They were successful in introducing a new market niche for the Mercedes-Benz. Numerous innovative accessories were the stronghold of the CLK-Class; viz. tow-away guard and an emergency transmission mode. 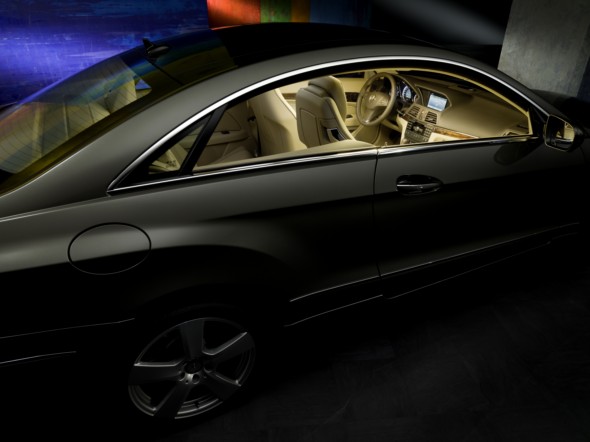 The engine of the CLK AMG is a maually assembled 5.5-Litre V8. The components of the engine would seem to be of those of a race car – crankshaft made of super stiff forged billet steel, connecting rods and pistons too forged with matching weights, camshafts which are lightweight and as per the AMG specifications, the overhead-cam V8 is made of a pressure-cast aluminium and driven by a chain, the V8 possesses two intakes and one exhaust valve per cylinder, besides 8 coils and 16 spark plugs. 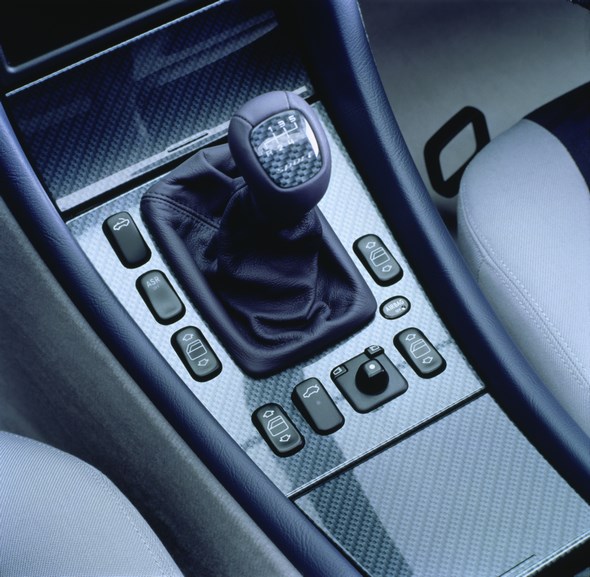 The bore and stroke being similar enable the V8 to be ideally balanced. 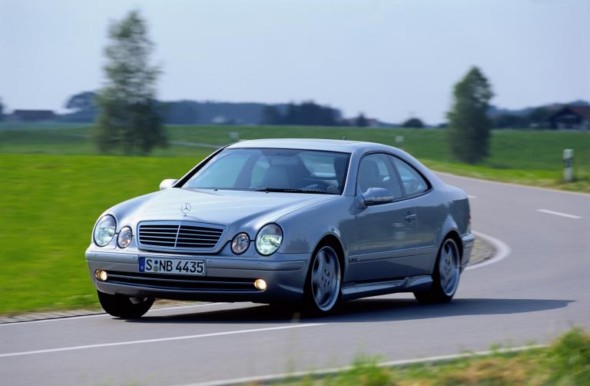 The AMG model of the CLK-Class has in addition special undercarriage components because it is fitted with higher-rated springs, its shock valves are tighter, the  anti-roller bars have a greater width and the suspension bushings are stiffer. 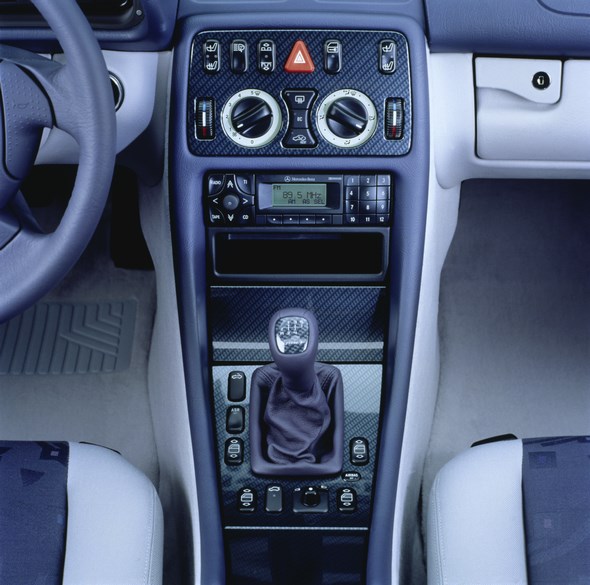 As a consequence, the firm and controlled ride is guaranteed to be tighter it’s performance further enhanced by the ZR-rated low-profile tyres. The anti-locking braking system supports a higher performance. 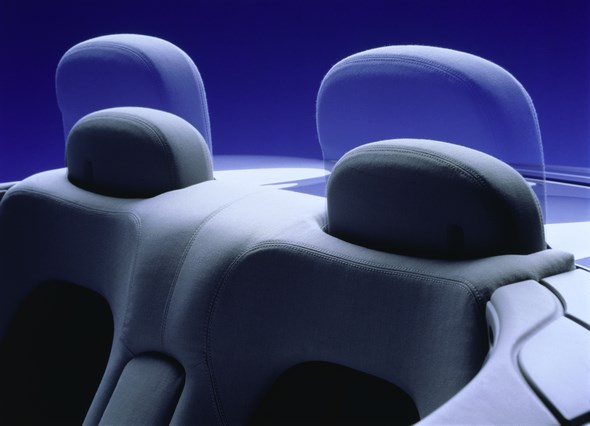 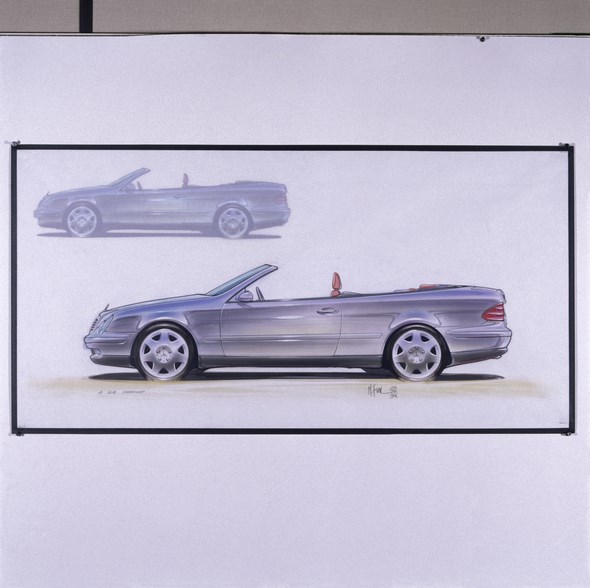 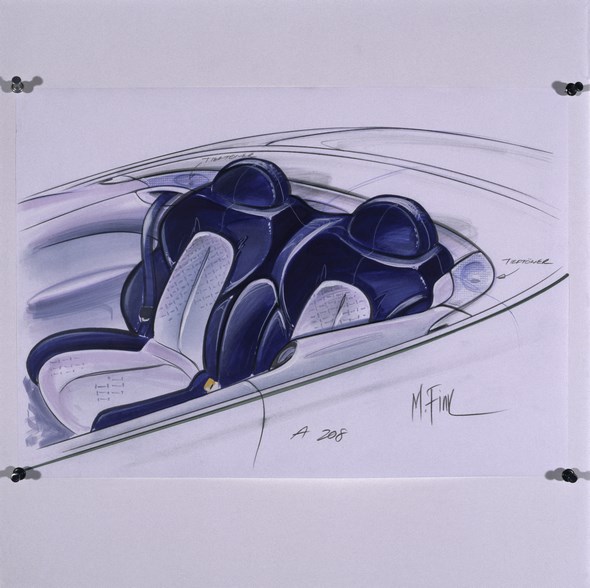 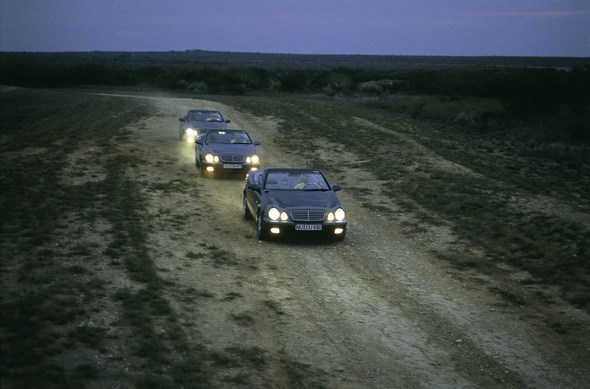 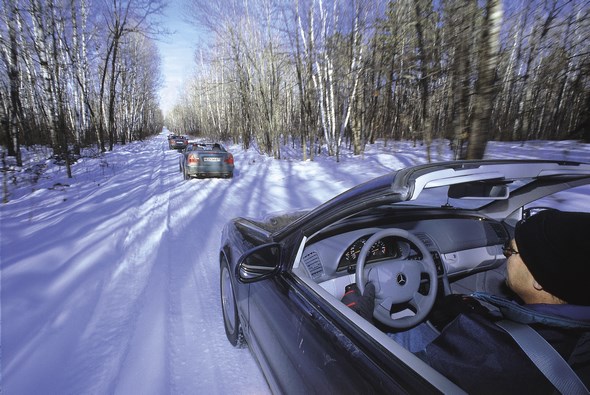 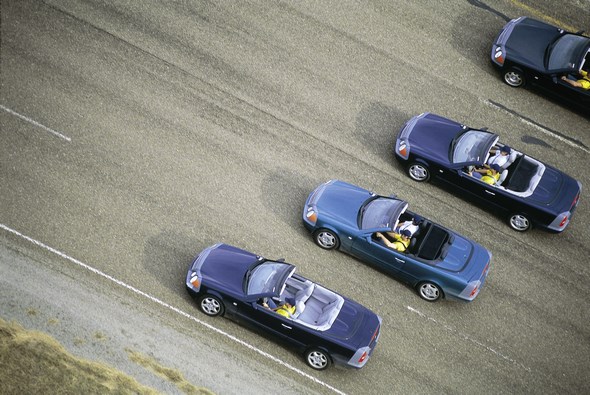 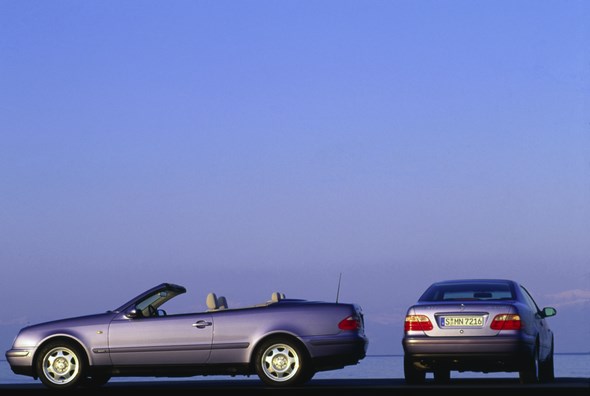 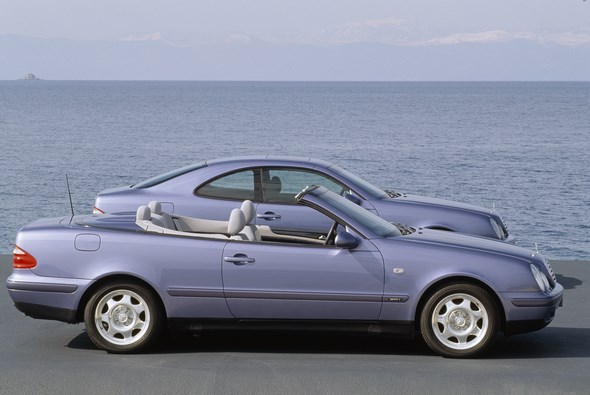 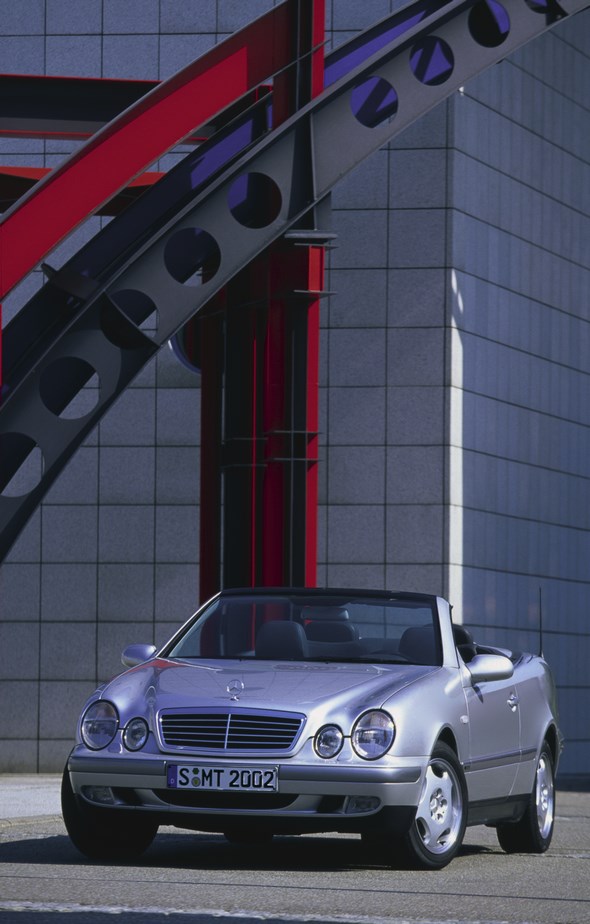 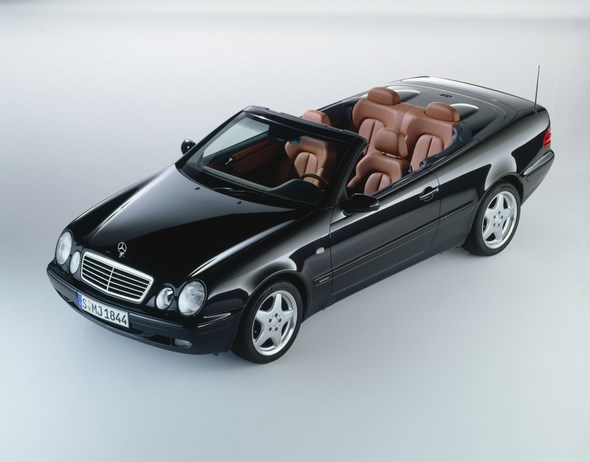 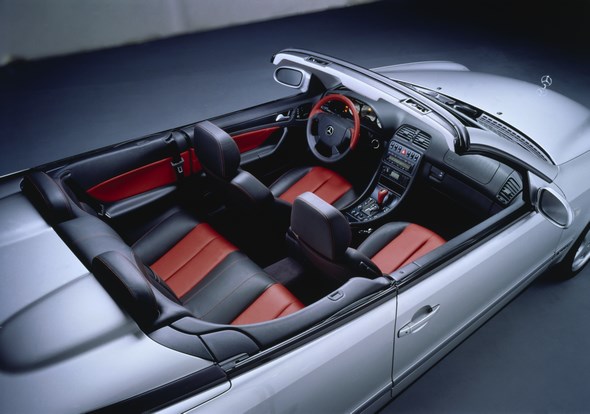