The R107 took the chassis components of the mid size Mercedes-Benz W114 model and mated them to the larger engines from the S-Class. The W 107 chassis is also referred to as “R 107” for “Reihe” (series). The series comprised SL and SLC models. 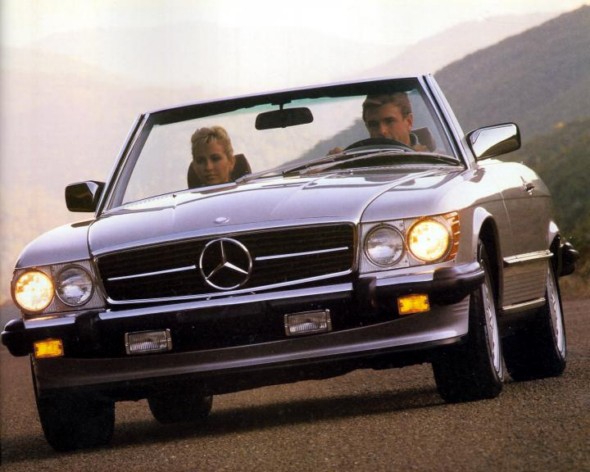 The SL variant was a 2-seat convertible/roadster with standard soft top and hardtop.

The SLC (technically C107) derivative was a 2 door hardtop coupe, with usable rear seats and in effect an SL stretched 10 inches (254 mm) with a fixed roof.

Although some may air this car as an ‘SL coupe’- though technically it might be, but in the real world it was an S-class coupe (modern day CL), replacing the former saloon-based 280/300SE coupé in Mercedes` lineup.

The SLC was replaced earlier than the SL, in 1981, with a much larger model, the 380SEC. It was aimed at the same market as more exotic machines like the Jaguar E-Type and Citroën SM. 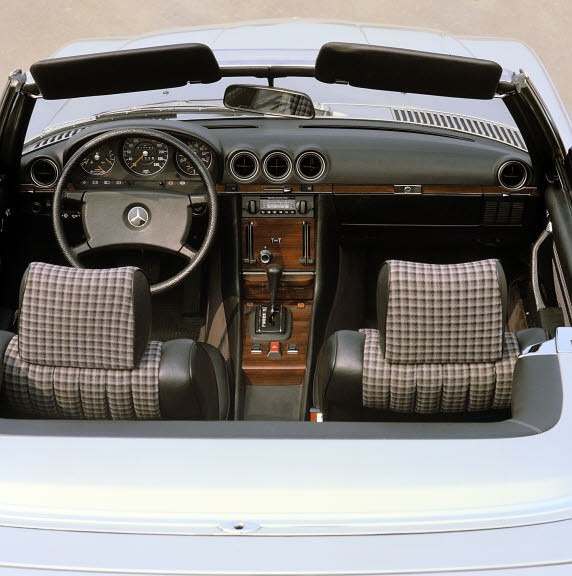 About two thirds were sold in the US. These 107 cars are larger, heavier and more costly than the previous generation W113 SL cars. 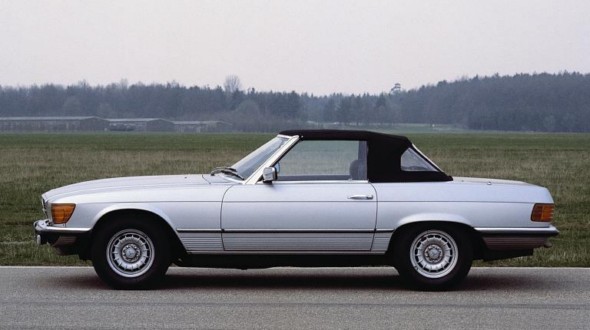 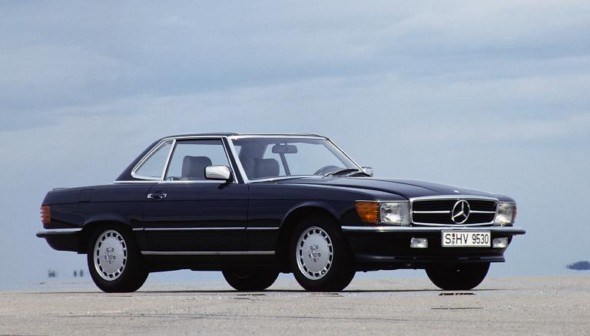 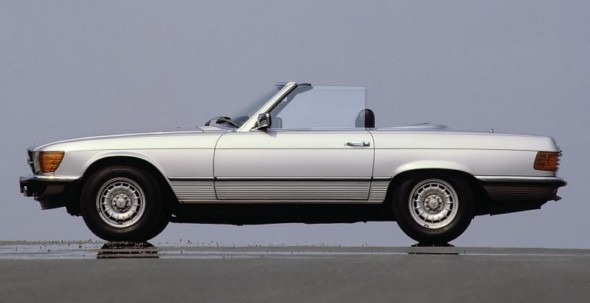 From July, 1974 both SL and SLC could also be ordered with a fuel-injected 2.8L straight-6 as 280 SL and SLC. US models sold from 1976 through 1979 used the Bosch K Jetronic system, an entirely mechanical fuel injection system.

All US models used the 4.5 liter engine, and were called 450SL/SLC. 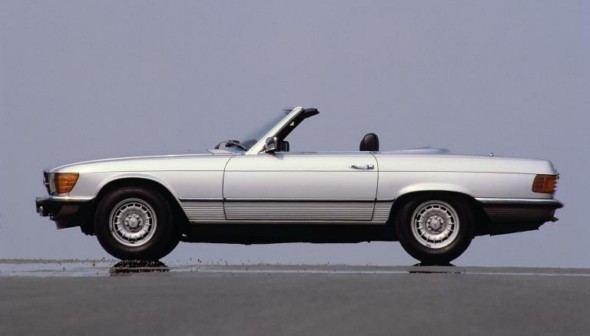 In September, 1977 the 450 SLC 5.0 joined the line. This was a special version of the big coupé featuring a new all-aluminum five-liter V8, aluminum alloy doors, hood and trunk lid – and a black rubber rear spoiler. 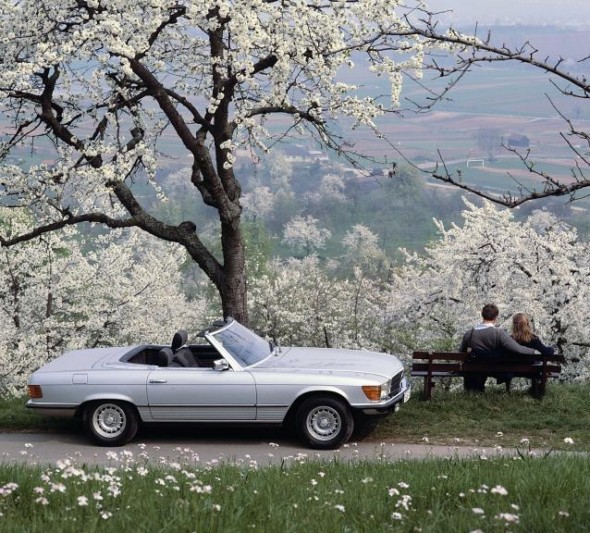 Starting in 1980, US cars were equipped with lambda control, which varied the air/fuel mixture based on feedback from an oxygen sensor. 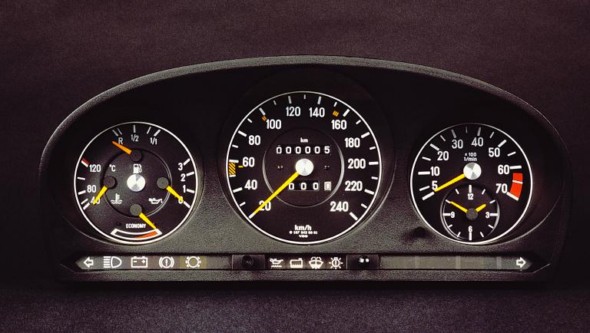 At the same time, the cars received a very mild make-over; the 3-speed automatic was replaced by a four-speed unit, the 280 models came with a standard 5-speed (formerly a 4-speed) manual and all five-liter cars gained a black rear spoiler lip. 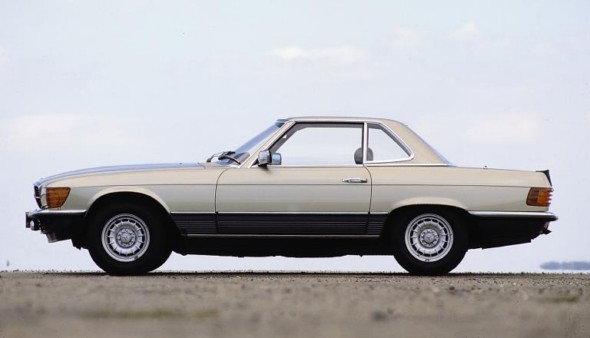 Both these models are sought by collectors today. The SLC remains the only fixed roof Mercedes-Benz coupe based on a roadster rather than a sedan.

Even today, an SLC in good mechanical condition still gives a mix of good performance, superb handling, comfort and safety, making it is easy to realise why they were a successful rally car. 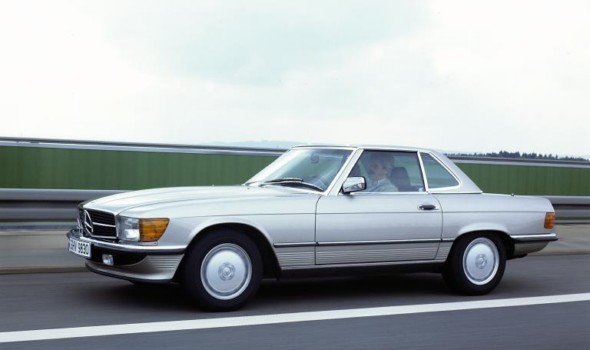 The KE Jetronic system varied from the earlier, all mechanical system by the introduction of a more modern engine management “computer”, which controlled idle speed, fuel rate, and air/fuel mixture.

The final R107 SL was built on August 4, 1989. This eighteen-year run makes the 107 series the longest running series produced by Daimler-Benz.

The last 107 made, a 1989 500SL painted Astral Silver, resides in the Mercedes-Benz museum in Stuttgart, Germany. The W107 series today is prized by classic car collectors; almost all usable examples are worth + apiece, with the highest-range models sometimes worth or more.      Source:Wikipedia 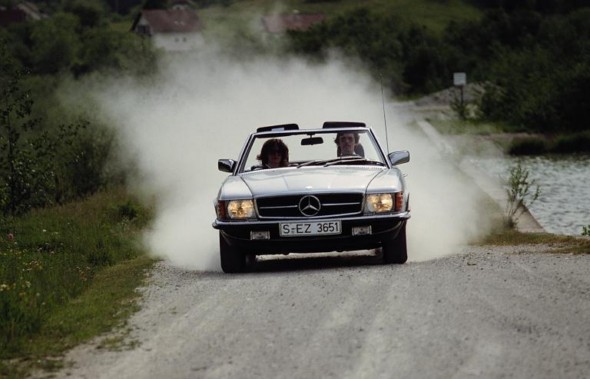 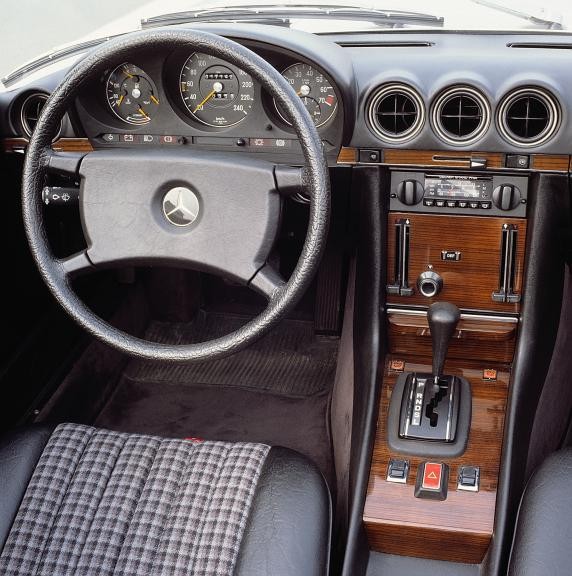 This was achieved by slightly altering the rear end, a smooth-lined, now three-rib unit covering the new monochromatic tail lamp lenses. New oval tail pipe trim for the exhaust unit and color-coded bumpers emphasize the sporty image of the car.