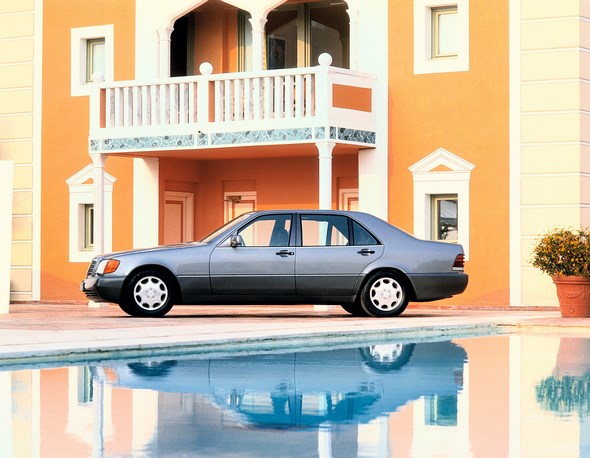 The S-Class model series 140 is a superlative Mercedes-Benz. 25 years ago it was premiered at the 1991 Geneva Motor Show.

Its developers concentrated on maximum comfort, for example through generous dimensions and double glazing for optimised acoustic insulation.

Plus there were numerous systems supporting the driver. In addition it was the brand’s first series-production passenger car to be available with a twelve-cylinder engine.

The model series 140 placed itself at the service of a future which is the present today: as early as the 1990s a technology platform tested autonomous driving. 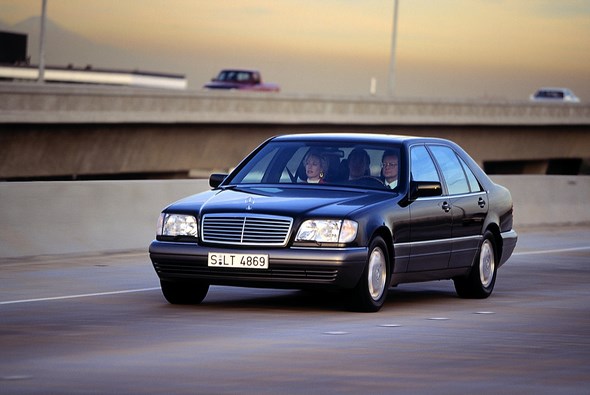 Stuttgart. – “With the new S-Class, Mercedes is again demonstrating its claim to have invented the car and that it builds the best car in the world.

When faced with a 400 SEL one cannot help but say: the claim is probably justified.” This is what the German specialist magazine “mot” wrote in 1991 on the occasion of the unveiling of the model series 140, summarising a widely held view.

Once more this S-Class comprised the entire corporate knowledge on all aspects of the car – that only its inventor can possess.

However on the domestic market of Germany there was also some irritation at the size and presence of the saloon.

The dimensions become particularly clear in comparison with the direct predecessor, the model series 126. This is precisely why other markets loved the new S-Class – after all, a luxury-segment vehicle often also represents prestige. 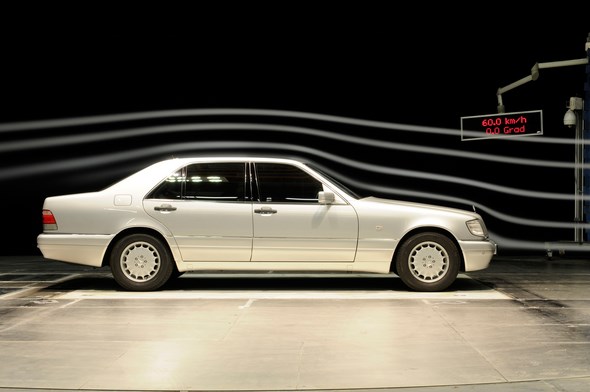 But 25 years on from the presentation of the model series 140 the criticism is forgotten. This Mercedes-Benz S-Class generation has long since gone down in the glittering history of the brand’s luxury-segment models and earned its stripes.

This is precisely why it is a sought-after young classic nowadays. For a Mercedes-Benz has always embodied the brand values to perfection.

The list of innovations in the S-Class model series 140 is long. On the electronics side these include the CAN bus (Controller Area Network) for networking, the navigation system Auto Pilot System APS (from 1995), the parking aid PARKTRONIC (from 1995), the voice-operated control system LINGUATRONIC (from 1996) and the emergency call system TELE-AID (from 1997).

But ground-breaking safety systems such as the Electronic Stability Program ESP® (from 1995) and the Brake Assist BAS (from 1996) are also part of the mix. 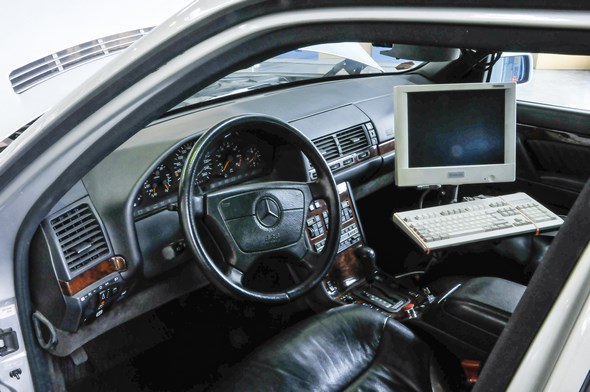 There are also exceptional solutions for maximum comfort – a special domain of the Mercedes-Benz S-Class.

There is an extremely generous amount of space, in particular in the long-wheelbase versions. The chassis offers the optimum of what is technically feasible, with the most exquisite road roar and tyre vibration characteristics and suspension comfort, only surpassed by the optionally available Adaptive Damping System ADS.

The newly developed double-wishbone front suspension is mounted on a subframe and decouples the body from audible and tangible vibrations.

The double insulation glazing for the side windows ensures first-class noise insulation. Further comfort features are the electrically folding exterior mirrors and the power closing for the doors and boot lid.

One technical highlight is the completely newly developed 6.0-litre V12 engine for the 600 SE/600 SEL models: with a rated output of 300 kW (408 hp), they were the brand’s most powerful passenger cars at the time. 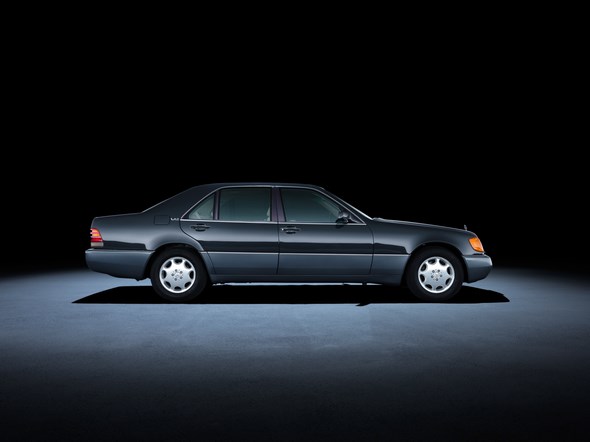 As a general rule all the petrol engines of the model series with a four-valve-per-cylinder design and adjustable intake camshafts represent the state of the art. The start of the output spectrum is represented by the 300 SD, which is now also making the luxury-class turbodiesel available in markets outside North America.

The Mercedes-Benz S-Class of the model series 140 was, right from the outset, systematically designed for comprehensive recyclability and the use of recycled materials.

It was also the first CFC-free (chlorofluorocarbon) car. This brought the S-Class the “Stratospheric Ozone Protection Award” from the American Environmental Protection Agency and the title “The World Car 1992”.

A facelift three years after the premiere brought a subtle stylistic revision. The new variant was presented at the Geneva Motor Show in March 1994.

The model nomenclature had followed a new pattern for around a year: in June 1993 the model designations were changed, and the “S” was now placed before the three-digit number.

Up to the end of production a total of 406,717 saloons of the model series 140 were manufactured at the Sindelfingen plant, some 28,101 units of which with a diesel engine.

Also included in this number of units are the special-protection versions and the pullman saloons which were produced after the end of large-scale production up until mid-2000. Into the future of mobility with “VaMP”

A good 20 years ago the S-Class became the pioneer of autonomous driving. A 500 SEL from the model series 140 served as a test vehicle for technology trialling in everyday conditions.

It was converted in such a way that the control computer was able to operate the steering, throttle valve and brakes.

To this end high-performance computers evaluated image sequences of the journey in real time, recorded by two wide-angle cameras.

“VaMP” (“Versuchsfahrzeug für autonome Mobilität – Pkw”, German for “test vehicle for autonomous mobility – passenger cars) was the name of the research project, which was carried out by the Institute for System Dynamics and Flight Mechanics at the University of the German Armed Forces in Munich with Mercedes-Benz.

The 500 SEL delivered functional verification of the technology: in October 1994 on a three-lane motorway in normal traffic it drove at up to 130 km/h and covered 1000 kilometres, demonstrating lane changes in both directions plus – after approval from the security driver – autonomous overtaking.

The tests were part of the European joint project PROMETHEUS (short for “Programme for European Traffic with Highest Efficiency and Unprecedented Safety”), in which Mercedes-Benz played a leading role.

The aim of PROMETHEUS was to pave the way for the car of the future. The results were presented to the public in October 1994.

Many technologies have long since become the current production configuration and an indispensable part of everyday life.