Ola Källenius, Member of the Board of Management, Mercedes-Benz Cars Marketing & Sales: “We continued the positive development of record year 2015 in January, and started the new year successfully.” 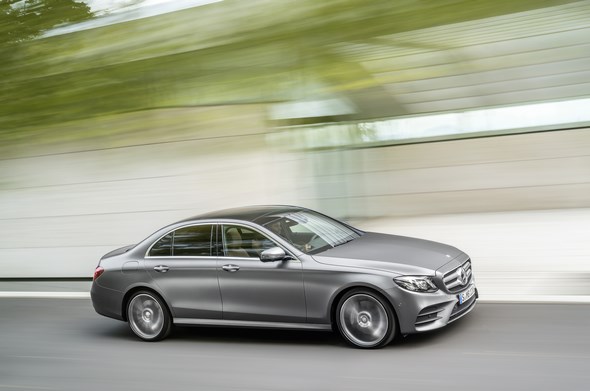 Mercedes-Benz started the year 2016 with record unit sales. In January, 150,814 vehicles with the three-pointed star were handed over to customers – an increase of 19.9%.

The strong growth in unit sales was driven by record numbers in all three core regions Europe, Asia-Pacific and NAFTA.

Growth last month was particularly strong in China, where unit sales increased by more than 50% compared with January 2015.

Amongst the models, the SUVs made a large contribution to the good development with over 60% growth compared to the prior-year month. 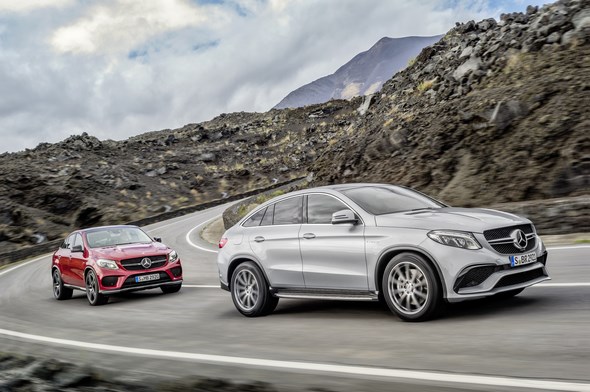 Stuttgart – Following its record results of last year, Mercedes-Benz successfully started the year of the E-Class and the dream cars.

In January, a total of 150,814 vehicles were handed over to customers – an increase of 19.9% compared with the same month of last year.

This means that the Stuttgart-based company with the three-pointed star has grown for the 35th consecutive month.

Ola Källenius, Member of the Board of Management of Daimler AG responsible for Mercedes-Benz Cars Marketing & Sales: “We continued the positive development of record year 2015 in January, and started the new year successfully.

At the beginning of the year, our unit sales were particularly high in China, where we handed over more than 40,000 vehicles to customers.”

The European market continued to develop positively for Mercedes-Benz, with a 15.2% increase in unit sales to 54,937 vehicles.

Particularly strong growth of more than 20% and record unit sales were achieved in Great Britain, Spain, Belgium and Switzerland. 15,779 vehicles were delivered to customers in Germany in January (+1.8%).

In Great Britain, Switzerland and Portugal Mercedes-Benz gained the market leadership amongst the premium manufacturers.

Sales in the Asia-Pacific region totalled 63,440 units in the first month of the year, representing growth of 37.1%.

In China, the biggest market for Mercedes-Benz, sales in January were 52.0% higher than in the prior-year month. 42,671 customers were delighted to receive their new car with the three-pointed star in China – more than ever before.

This means that the year started more successfully than ever before for Mercedes-Benz in the USA, Canada and Mexico.

Moreover, in the USA and Canada Mercedes-Benz is the premium brand with the highest number of new registrations.

The successful course of the Mercedes-Benz compact cars continued in 2016. In January, 45,840 customers decided in favour of an A- or B-Class, a CLA, a CLA Shooting Brake or a GLA.

As a result, unit sales increased by 35.9% compared with the prior-year month.

In January, a total of 31,993 units of the C-Class Saloon and Estate were sold – the best January so far for the best-selling Mercedes-Benz model.

The new C-Class Coupé was very popular in the first month after its market launch in December 2015.

Demand for the E-Class remains strong also shortly before the market launch of the new generation: In January, the E-Class Saloon and Estate were among the best-selling models of Mercedes-Benz.

The new E-Class Saloon had its world premiere at the North American International Auto Show in Detroit in January. In April, the world’s most intelligent business saloon will be on the market in Europe.

The S-Class maintained its position as the world’s best-selling luxury saloon in the first month of the new year.

The S-Class Saloon was especially popular in China. Never before had so many S-Class Saloons been sold in one month in that market in January.

Demand for the SUVs from Mercedes-Benz continues at a high level. Sales in January were 62.5% higher than in the prior-year month and rose to the new record of 53,966 units.

In 2015, Mercedes-Benz renewed almost its entire range of SUVs. The new models have had an excellent reception from the customers: Sales of the GLC, the updated GLE and the new addition to the SUV portfolio, the GLE Coupé, were at record levels.

Worldwide unit sales of the smart models in January were 10.3% above the prior-year level. In total, 9,324 customers received their new smart fortwo or smart forfour in January.

Europe continued to be the most important sales region for the small urban car in January.

The smart models were especially popular in Great Britain, where sales in the first month of the year more than tripled.

The diesel future begins in the Mercedes-Benz E-Class