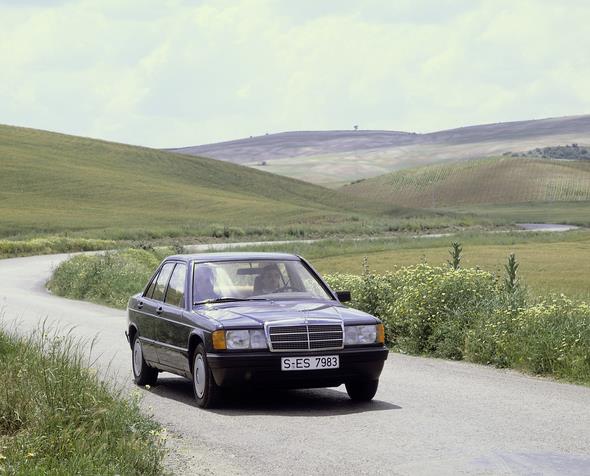 Stuttgart – Since the launch of the C-Class in 1982, Mercedes-Benz has delivered over eight million Saloons and Estates of this model series to customers.

The brand has sold more than 250,000 Saloons and Estates of the current, fifth model series alone since it was introduced in 2014. Thus, the C-Class remains the top-selling model in the Mercedes-Benz product portfolio.

“With the all-new C-Class, launched last year, we continue a success story that spans more than 30 years, with no end in sight,” said Ola Källenius, Member of the Board of Management of Daimler AG, responsible for Mercedes-Benz Cars Marketing & Sales.

“Worldwide sales of more than eight million C-Class Saloons and Estates speak to the tremendous appeal of this model line.” 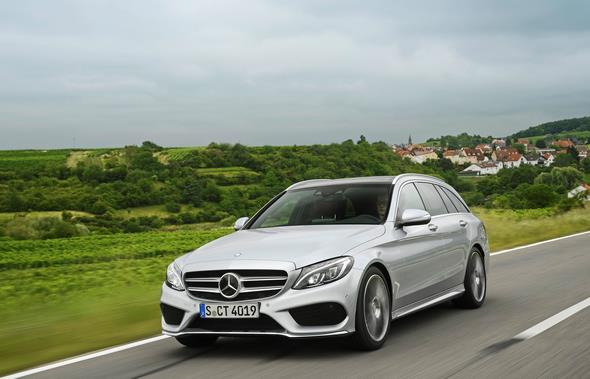 The success story of the C-Class began in 1982, when the Mercedes‑Benz 190 celebrated its launch as a mid-range vehicle.

Because it was the smallest car in the Mercedes-Benz range at the time, it soon earned the nickname ‘Baby Benz’. The first car under the C‑Class designation was introduced in May 1993.

It marked new ground at that time for Mercedes-Benz, not only in terms of engineering but also because of the wider range of body shapes.

The Estate introduced by the company in 1996 was the first sporty, mid-range Estate vehicle. When Mercedes-Benz launched the next C-Class model series in 2000, it included the Sports Coupé, a completely new body variant.

The entry of the fourth C-Class generation onto the market in 2007 also saw the launch of a new design feature. For the first time, the front-end design of a Mercedes-Benz Saloon varied according to the equipment line.

While the ELEGANCE equipment line features the three‑pointed star in its traditional position on the bonnet, it is built into the center of the radiator grill for the more sporty AVANTGARDE equipment line.

The record performance of the C-Class Saloon and Estate continues unabated. As already over the whole year 2014, the two model series also registered excellent sales figures in the first quarter of 2015.

Also in April 2015, the C-Class was able to maintain the high level of sales of the previous months. Sales figures climbed by 53.8% to 32,809 units sold of C-Class Saloons and Estates.

Thus, the two models were once again the global leaders in their respective segments in April.

In April 2015, four out of five customers worldwide opted for the C-Class Saloon. The Saloon is especially popular in the USA and in China.

In the first quarter of 2015 nearly every second Saloon sold went to customers from one of these two key markets. The Estate sells particularly well in Europe.

Consequently, the sales ratio is more balanced in Germany, where two out of three customers opted for the Estate version in April 2015.

The C-Class Estate, of which already over a million units have been sold, is one of the most important models for business customers. Four out of five Estates have been sold to commercial customers in the first quarter of 2015.

The top-selling C-Class Saloon is the C 300 4MATIC, which experiences above‑average demand especially in the USA. Furthermore, the C 220 BlueTEC is very popular on account of its excellent fuel economy.

In China, the C 200 L, the long-wheelbase version of the Saloon, is the best-selling model. Also as far as the Estate is concerned, customers attach importance to low fuel consumption and decide most frequently in favour of the C 220 BlueTEC.

The C 350 PLUG‑IN HYBRID, which celebrated its German market launch in March 2015, represents a further milestone on the road to zero-emission mobility. 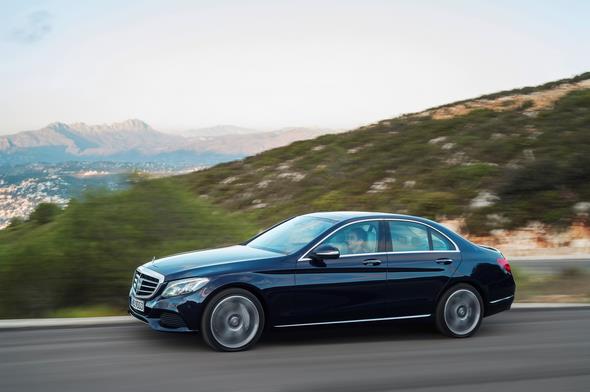 The new C-Class is the first Mercedes-Benz vehicle to be produced concurrently on four continents. Within just six months in 2014, production started first in Bremen and then in East London (South Africa), Tuscaloosa (USA) and Beijing, where, for the first time, the C‑Class is also locally produced in the form of a long-wheelbase version for the Chinese market.

According to the motto “Developed for China, produced in China”, Mercedes-Benz addresses thus even more effectively customer needs in the brand’s second-largest car market.

In China, the locally produced Chinese model series of the C-Class Saloon enjoys a particularly high conquest rate of 40%. The Saloon achieves similarly strong results in the USA and in Europe.

Numerous awards underline the success of the C-Class. For example, it was voted “World Car of the Year 2015” by a jury of journalists.

The German car magazine auto motor und sport gave the C-Class the ”Best Car” award, while the UK magazine Business Car voted it “Business Car of the Year”, and the trade magazine FIRMENAUTO selected it as “Company Car of the Year 2015” in the mid-range category.

The brand's most successful racing season