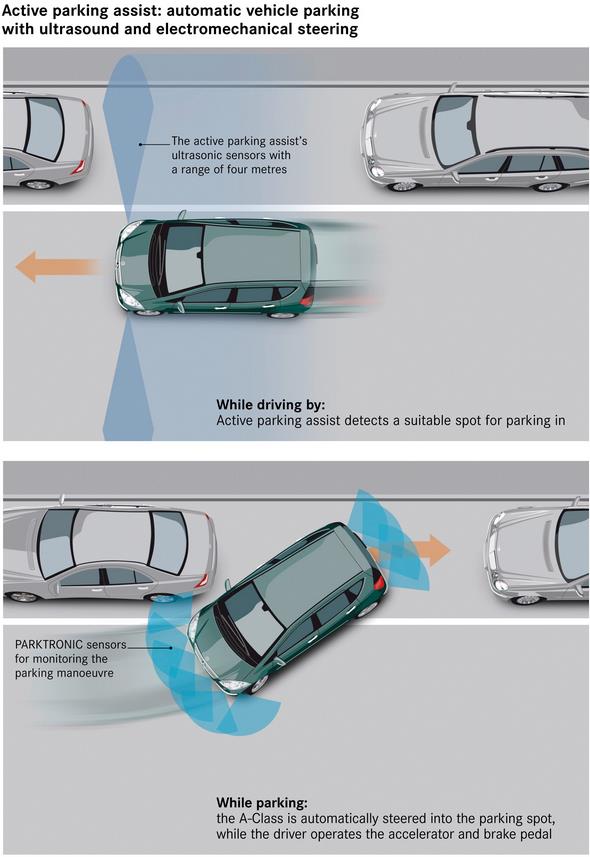 Parking and reversing by radar

Mercedes-Benz also uses the latest radar technology for the new Parking Assist in the S-Class, which is available in conjunction with DISTRONIC PLUS and Brake Assist PLUS.

This system uses the four close-range sensors at the front and two radar sensors in the rear bumper to assist the driver when parking or warn him of obstacles when reversing.

The newly developed system operates with a much greater range and coverage than PARKTRONIC, which is based on ultrasound technology. 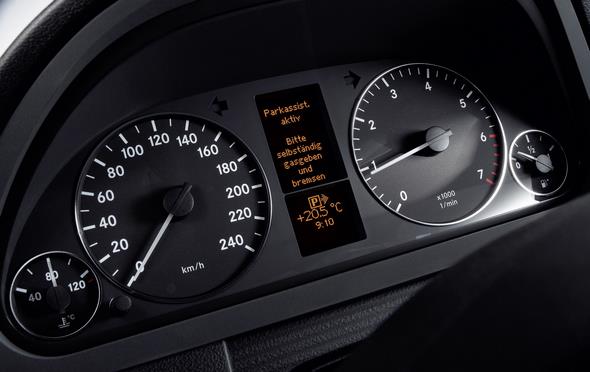 The radar sensors of Parking Assist operate up to a distance of eleven metres and have a spread of 40 degrees, which means that the driver is warned of an impending collision much sooner.

This is an advantage which  becomes particularly obvious when reversing over a longer distance.

In this case the system is active from a speed of seven km/h, and warns the driver with an acoustic signal if a collision threatens.

This allows enough time to prevent the collision with firm operation of the brake pedal.

When parking the vehicle, the system supports the driver within a speed range from zero to 16 km/h.

When moving forward, the colour display in the instrument cluster shows two segments which indicate the distance from an obstacle within the range of the radar sensors on the left and right sides, thereby allowing the vehicle to be parked with absolute precision. 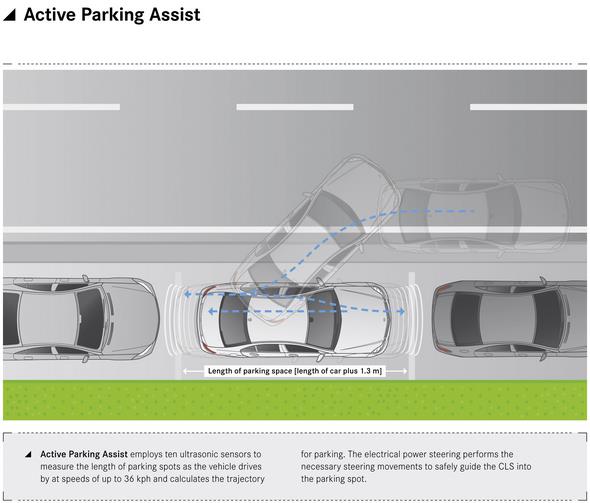 When the first red segment lights up an intermittent warning is also sounded. A constant warning note is sounded when the second red segment is reached, informing the driver that the minimum distance has been reached.

When reversing, a display in the rear roof lining is switched on and indicates the distance from any obstacles – once again for each side of the vehicle and with an acoustic warning over the last few centimetres.

The system is as easy to operate as PARKTRONIC: Parking Assist is automatically activated as soon as the driver has started the engine and released the parking lock.