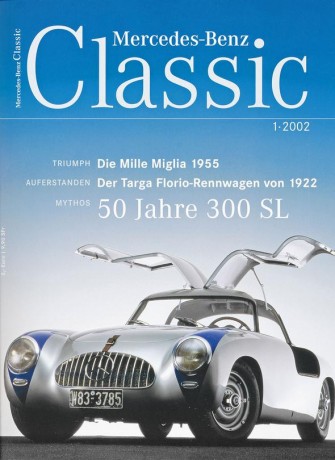 Stuttgart – The Mercedes‑Benz Classic magazine turns ten years old. Following its launch in December 2002, the magazine successfully established itself as a journalistic defining medium in the classic car segment and since then has been setting standards for all enthusiasts of Mercedes‑Benz historic vehicles.

To mark its anniversary, the Mercedes‑Benz Classic magazine has been revised comprehensively by the Stuttgart-based agency design hoch drei. This includes a fresh and modern layout as well as a clearer structure for content: in future, the magazine will be organised into the rubrics automobile, people, current events and lifestyle. 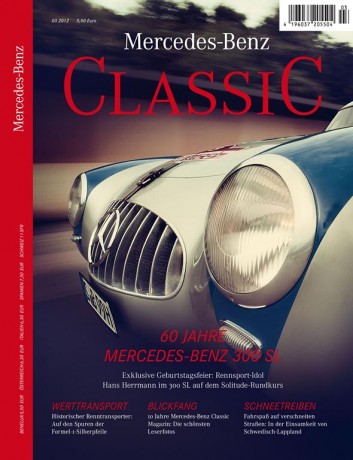 The first new-look edition will appear exactly ten years after the premiere of the Mercedes‑Benz Classic magazine and will be on sale from 14 November 2012.

The magazine’s history is also part of this current edition and is reflected in the choice of its front cover. Ten years after the premiere issue, a Mercedes‑Benz 300 SL racing car (W 194) is once again pictured on the front of the magazine.

Then a studio portrait of the sports car with its gull-wing doors open decorated the cover – today the front of the W 194 is in focus, whilst the former Solitude racetrack in Stuttgart whisks by in the background. 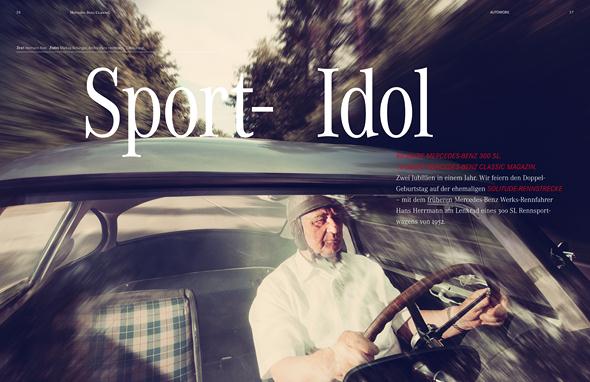 The photo is from a report about Hans Herrmann at the wheel of the W 194: the former Mercedes‑Benz works racing driver and current ambassador for Mercedes-Benz Classic was at the track for the 60th anniversary of the racing car.

Further subjects in the new issue are amongst other things a travel report through snow-bewitched Lapland in the E 300 Turbodiesel 4MATIC and an interview with Holger Jung, co-founder of the Hamburg-based advertising agency Jung von Matt, about advertising for the Mercedes‑Benz SL sports car in the 1950s and 1960s.

In addition, there are also the best results from a photography competition for readers and a report about the reconstruction of a 1950s closed racing transporter. 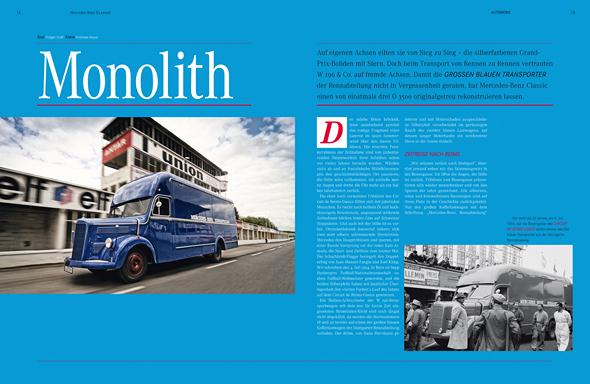 Every further issue of the newly designed magazine will continue to captivate with a blend of topics and perspectives, thus representing the varied history of Mercedes‑Benz. About 100 pages are filled with vintage cars and young classics as well as the people who drive, restore and enthuse about these historic vehicles. The stories are devoted not only to classic passenger cars, but also to motor racing and historic commercial vehicles.

The magazine, which when it premiered in 2002 was the only classic magazine published by an automobile manufacturer, invites the reader to read but also to feast on the images. As a rule, the articles are accompanied by lavishly produced photo series complemented by unique historic photos from the Mercedes‑Benz Classic archives.

Service topics from purchasing advice to workshop tips, as well as travel reports for the drivers of historic vehicles round off the content and provide the reader with practical added value. 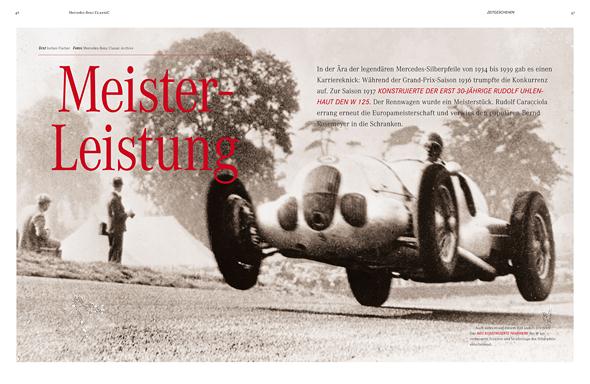 Issue for issue, the Mercedes‑Benz Classic magazine thus bridges the gap issue for issue between the multifaceted history and the inspiring present age of the brand. In addition to the articles in the printed issue of the magazine, the online version at www.mercedes-benz-classic.com/magazin offers an even broader multimedia diversity.

Here there are fascinating videos, additional photo series and a classified ads portal for classic vehicles and accessories.

The Mercedes‑Benz Classic magazine is published three times per year in German (5.50 Euros) and in English (6.50 Euros). Total circulation is 115,000 and the magazine is available in more than 80 countries. It is possible to subscribe to the magazine and it is sold by quality newsagents.