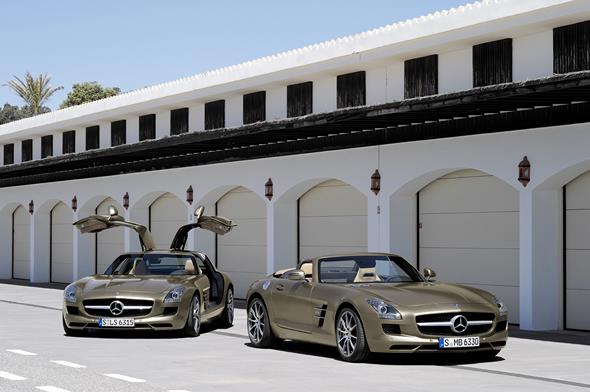 Stuttgart – The readers of “Auto Zeitung” magazine have voted the Mercedes SLS AMG Roadster the best cabriolet with a price of more than 30,000 euros and have chosen the coupé version the best super sports car.

This means both cars repeated their victories from last year. Mercedes-Benz also won the Quality Trophy 2012, which was awarded for best quality and dependability. The award ceremony was held last night in front of an audience of prominent figures. 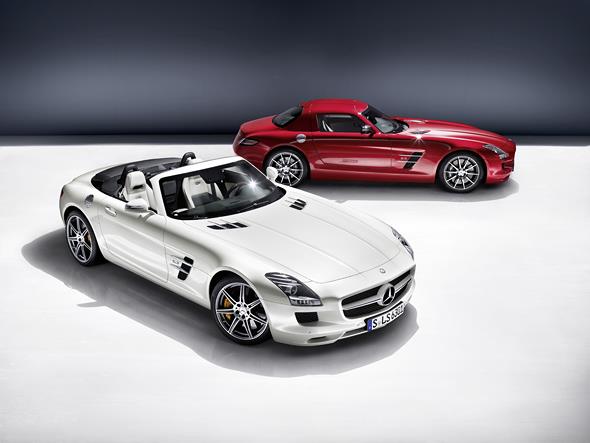 More than 110,000 “Auto Zeitung” readers participated in the 25th poll to rank the best cars of the year and again put the Mercedes-Benz SLS on top of the winner podium twice. This was the fourth consecutive victory for the gullwing coupé in the super sports car category.

The SLS Roadster won for the second time in the segment of cabriolets with a price of more than 30,000 euros. The super sports car owes the double victory to its unique high-tech combination of aluminium body, AMG 6.3-litre V8 front mid-engine producing 420 kW (571 hp) of power, seven-speed dual-clutch transmission and agile sports suspension with aluminium double wishbone axles.

The SLS AMG Coupé and Roadster score further points in their favour with their fascinating styling reminiscent of the legendary 300 SL of the 1950s.

Mercedes-Benz also won the Quality Trophy 2012. This prize is awarded jointly by “Auto Zeitung” magazine and the Gesellschaft für Technische Überwachung (GTÜ or Association for Technical Inspection) for best quality and dependability.

This top-class award is based on the results of some eight million general technical inspections conducted by GTÜ, the findings from the “Auto Zeitung” quality and service report and the readers’ responses that reflect their personal practical experiences.