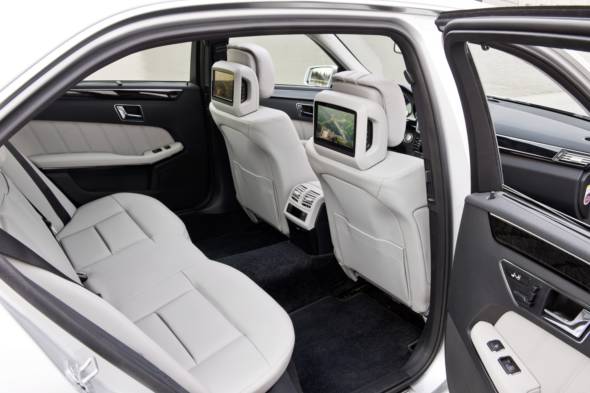 Specially tailored for the growing market for luxury saloons in China, the long-version of the new Mercedes-Benz E-Class will be celebrating its world premiere at “Auto China 2010” With its inclined radiator surround, muscular-shaped rear fender and well-defined boot lid, the design of the new E-Class L embodies status and effortless superiority in a number of its details. Now available in a lengthened version, the model is even better positioned to meet the requirements of the Chinese market in this segment. The vehicle’s refined appointments also help to create an extremely impressive and comfortable interior. 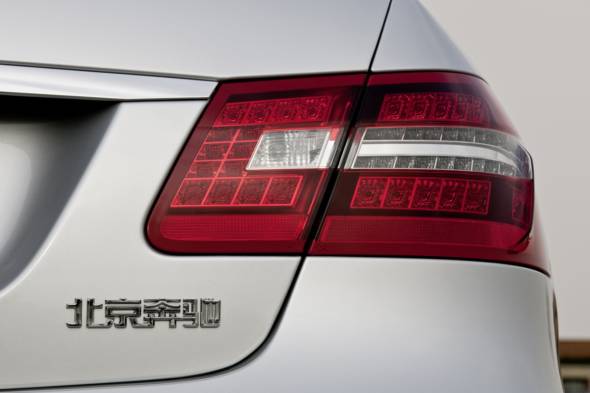 With a length of 5,012 millimetres and a wheelbase of 3,014 millimetres, the new model for China has gained an extra 140 millimetres in both of these areas compared with the saloon model sold in the rest of the world. As a result, in the rear of the five-seater vehicle passengers can enjoy an extra 140 millimetres of legroom compared with the regular wheelbase E-Class, a model already renowned for its comfort. Another added touch of comfort: the front seats are also electrically adjustable from the rear. 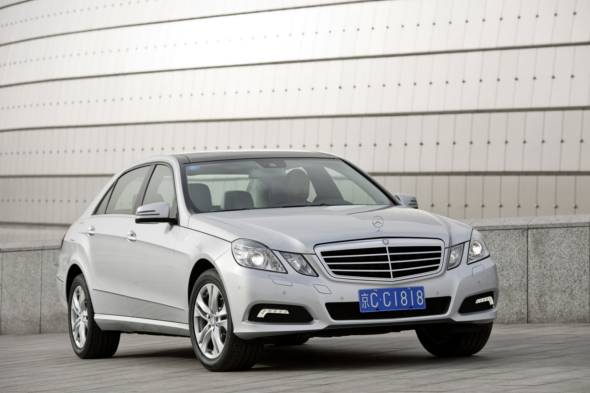 In addition to the generously dimensioned interior, the vehicle’s high level of safety – typical a Mercedes-Benz car – also sets standards. Unique features include the PRE-SAFE® occupant protection system, Rear Seat Safety package with belt force limiters on the outer seats and rear side airbags, as well as ATTENTION ASSIST drowsiness detection. A luggage compartment volume of 540 litres and a compact turning circle of 11.25 metres also represent class-leading values for this segment. At the time of its commercial release in June 2010, buyers will have a choice of two petrol engines producing 150 kW (204 hp) and 180 kW (245 hp), as well as several luxury appointment levels. Additional engine variants are expected to become available at a later date. 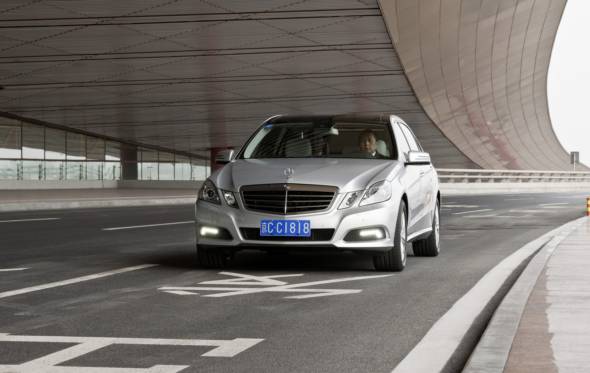 The E-Class segment is currently enjoying a boom in China: a total of around 122,000 vehicles from this class were sold there in 2008, but according to experts this figure is already expected to exceed 200,000 in 2010. Long versions dominate the segment with a share of close to 90 percent. Customers are primarily entrepreneurs and the self-employed, many of whom use the services of a chauffeur. 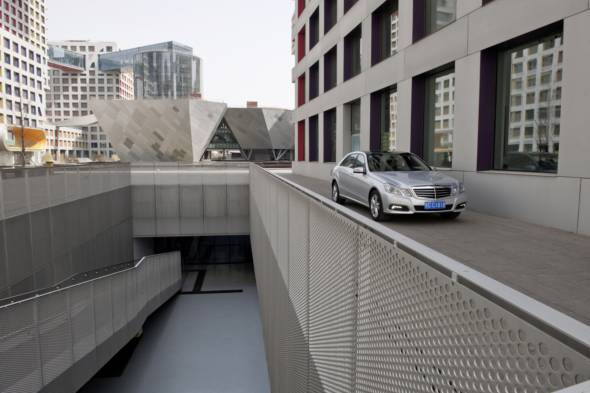 Produced in Germany, the new E-Class Saloon (W 212) has already sold more than 12,000 units in the People’s Republic of China since the middle of 2009. The new E-Class L (V 212), on the other hand, is produced locally at Beijing Benz Automotive Co., Ltd (BBAC) with a local share in value terms of more than 40 percent. BBAC is a joint venture between Daimler AG and its long-term partner Beijing Automotive Industry Holding Company (BAIC). The E-Class models are produced in a new plant in the Beijing Development Area in the southeast of the city. 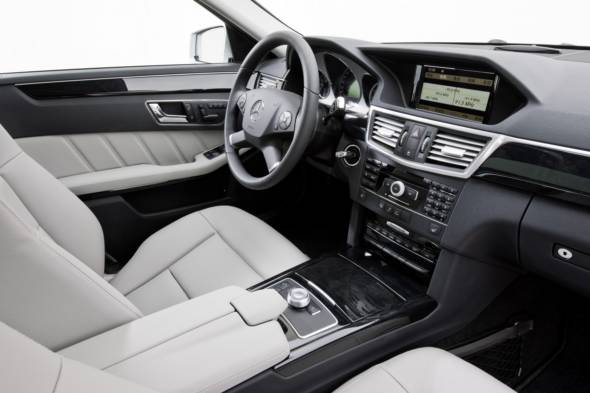 Engine and suspension: the highest level of comfort is the trump card

From launch, the new E-Class L will benefit from a choice of two refined petrol engines featuring high pulling power in the form of the E 260 CGI BlueEFFICIENCY , using the latest direct injection technology, and E 300. Both models are offered with automatic transmissions that are ideally suited to the respective engine characteristics. Furthermore, transmission control is intelligent and adjusts the shift points adaptively to match the driving profile of the driver. 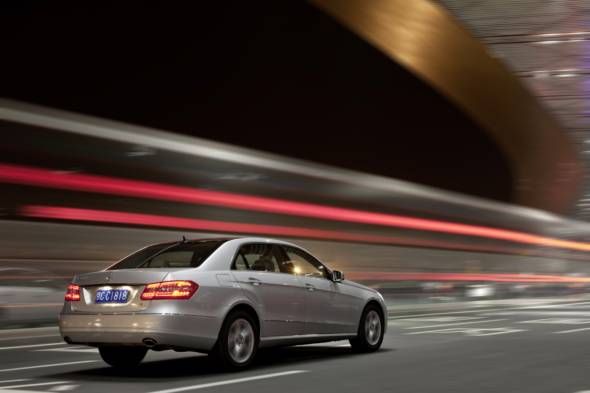 The AGILITY CONTROL suspension with selective damping system as standard forms the basis for the highest level of ride comfort. Ground clearance has also been increased. The standard Direct-Steer system provides particular convenience at slow speeds or when parking since, in conjunction with the speed-dependent service brake, steering effort is reduced thanks to the direct ratio. 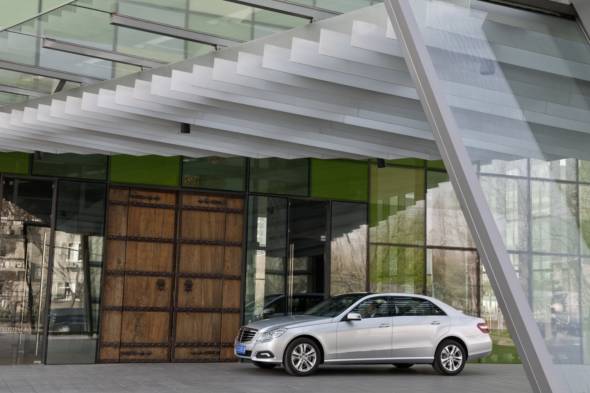 Appointments: a high degree of luxury as standard

E 260 CGI ELEGANCE, E 260 CGI AVANTGARDE and E 300 AVANTGARDE are the three appointment lines which will be available for the long version of the E-Class when it launches in China. Typical of the brand is the extensive scope of appointments available as standard. The ELEGANCE version already comes, among other things, with bi-xenon headlamps, adaptive ILS (Intelligent Light System), electric sliding sunroof, automatic air conditioning and COMAND DVD system. 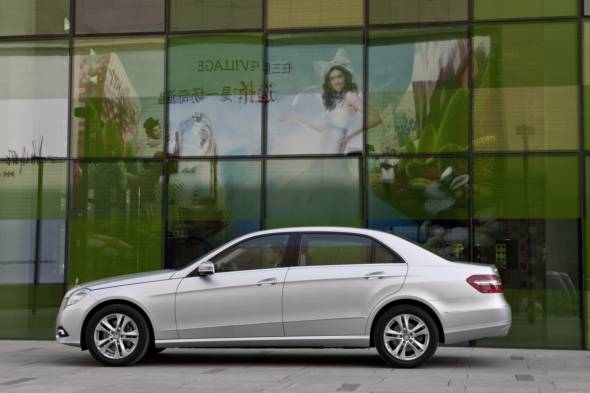 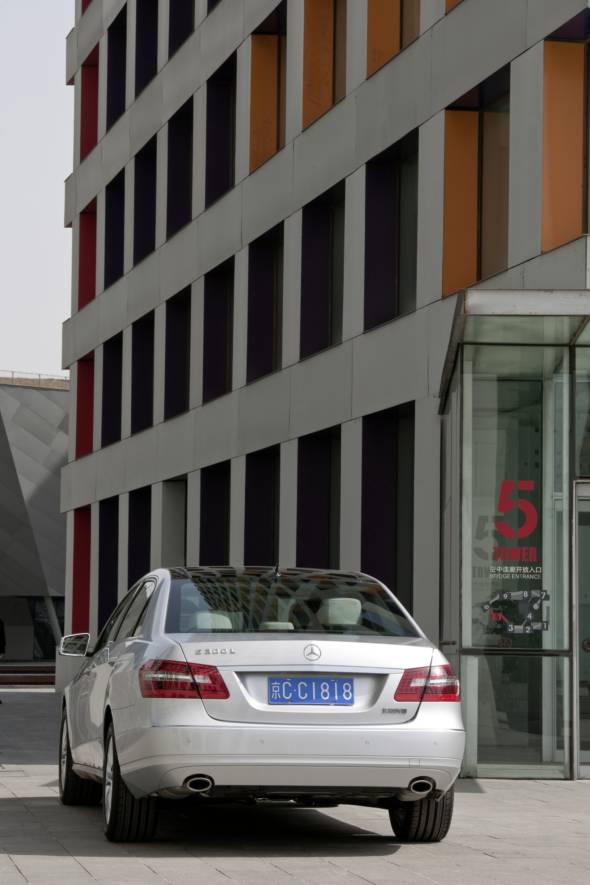 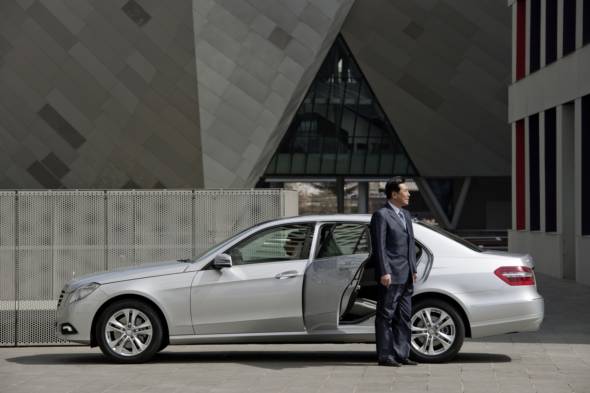 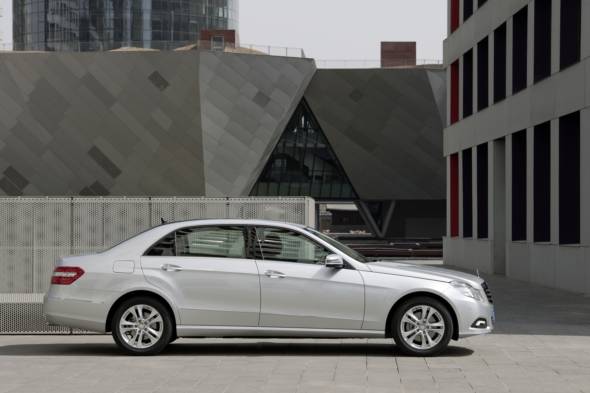 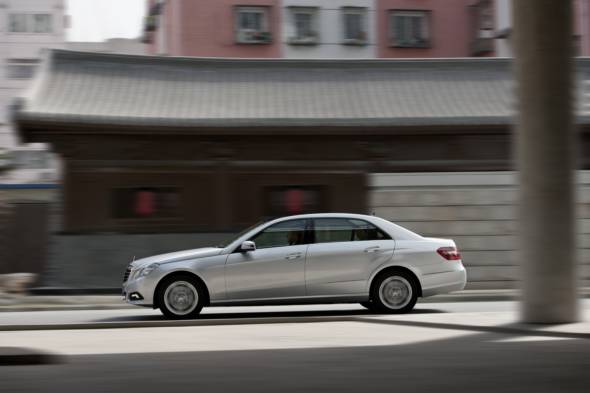 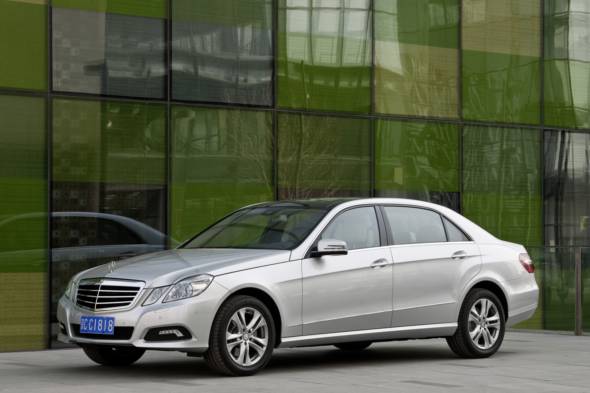 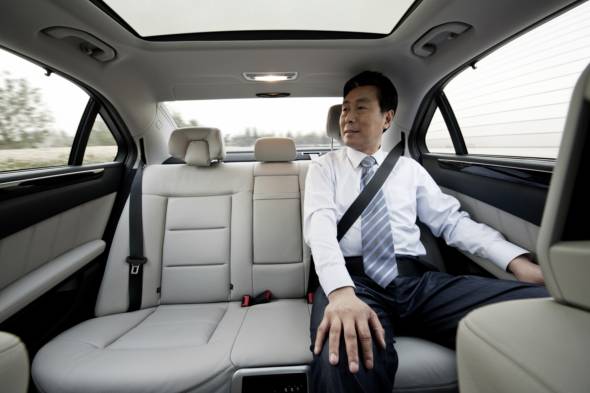 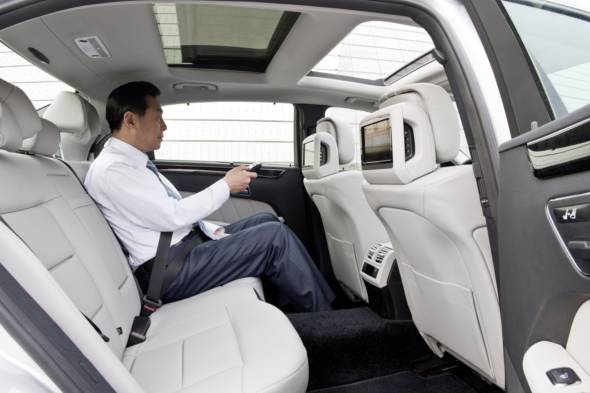