Synergy of dynamism and emotion 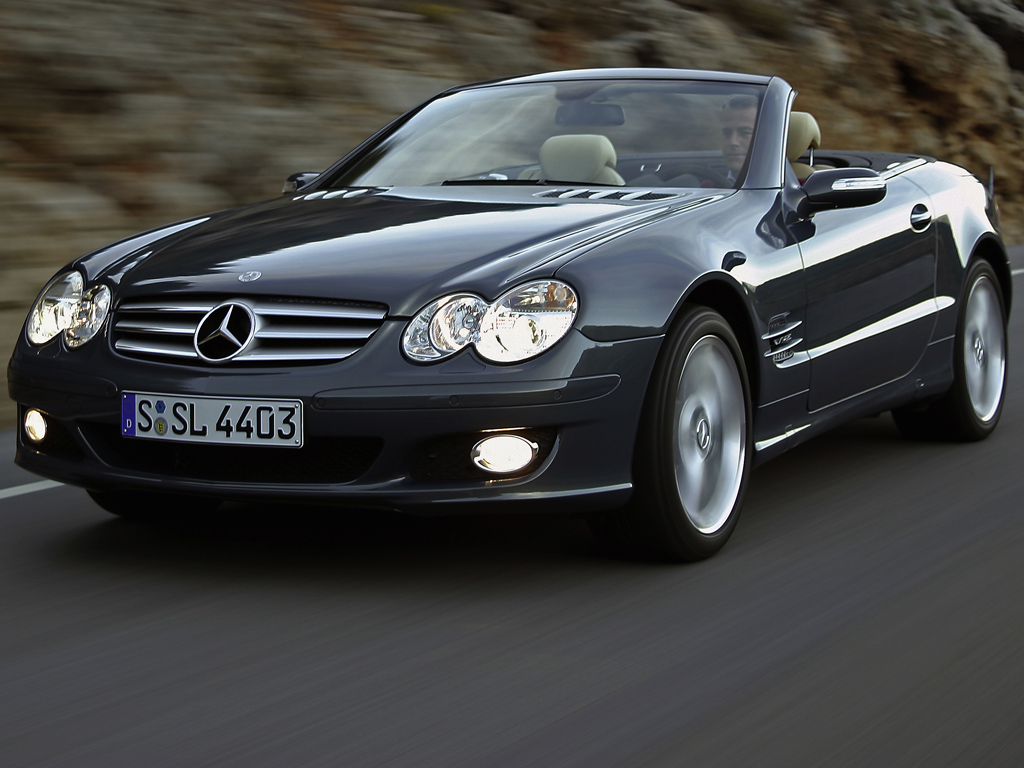 Four years on from its launch, the successful Mercedes-Benz SL-Class has undergone a number of enhancements, the most significant being in the areas of engineering, design and interior appointments. The engines, powertrain and chassis have been optimised to deliver a sportier response. As a result, the unique Roadster now offers an even more enjoyable dynamic driving experience while perpetuating the “SL legend” which has existed for over 50 years. New V6 and V8 engines, as well as an even more powerful V12 powerplant, deliver assured driving pleasure. Second-generation Active Body Control and the more direct steering add an impressive new dimension of sportiness to the handling without compromising the high level of comfort which is one of the hallmarks of the SL. The redesigned front, new rear light units and new light-alloy wheels reflect the more dynamic character of the revised SL even when it is stationary. New interior appointments as well as painstaking attention to the details of the new materials and colour schemes give the interior an even more luxurious look and feel. Shift paddles on the steering wheel which form part of the optional 7G-TRONIC Sport package underline the dynamic character of the enhanced SL-Class.
With an output of 285 kW/388 hp and 530 newton metres of torque, the newly developed V8 engine in the SL 500 offers everything that is expected of a powerful sports car. The eight-cylinder unit has a displacement of 5.5 litres and is one of the most powerful engines in its displacement class. The SL 500 accelerates from zero to 100 km/h in 5.4 seconds (predecessor model: 6.2 seconds). Despite the 26 percent boost in performance, the fuel consumption (NEDC combined) matches that of the predecessor model at 12.2 litres per 100 kilometres. 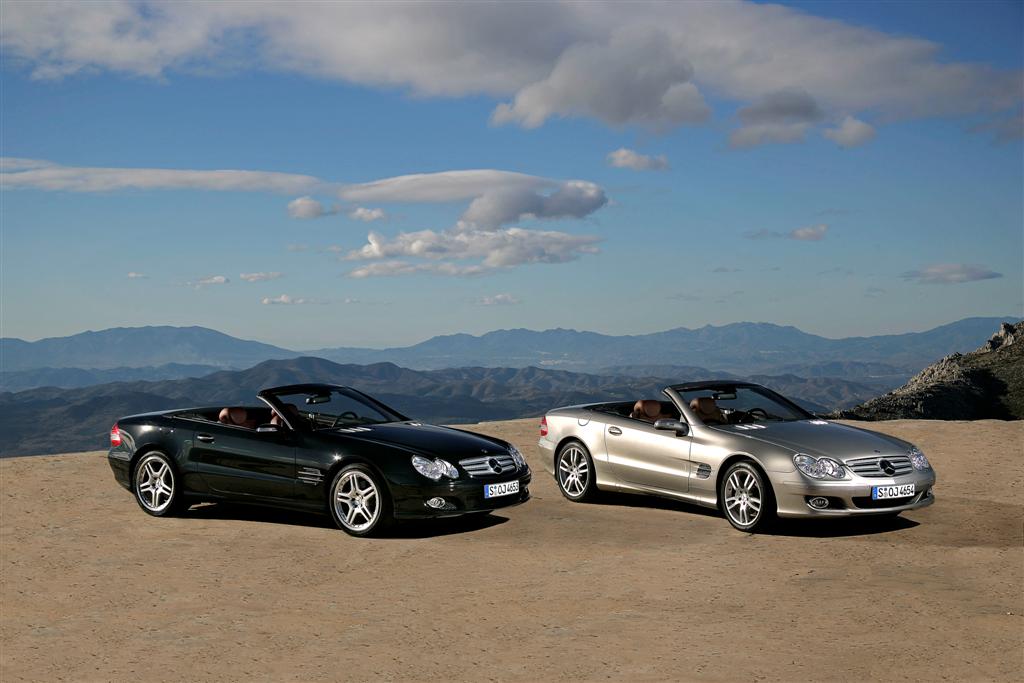 The six-cylinder engine in the SL 350 is another new unit. Although this 200-kW/ 272-hp V6 powerplant achieves fuel savings of over one litre per 100 kilometres, its output is 11 percent higher. The combined NEDC fuel consumption is 10.3 litres per 100 kilometres. The SL 350 accelerates from zero to 100 km/h in 6.6 seconds, making it more than half a second faster than the predecessor model.

At the top of the model range is the SL 600 with its V12 biturbo engine. The output and maximum torque of this unit have been increased to 380 kW/517 hp and 830 newton metres respectively. This twelve-cylinder engine accelerates the SL-Class from zero to 100 km/h in just 4.5 seconds (predecessor model: 4.7 seconds). 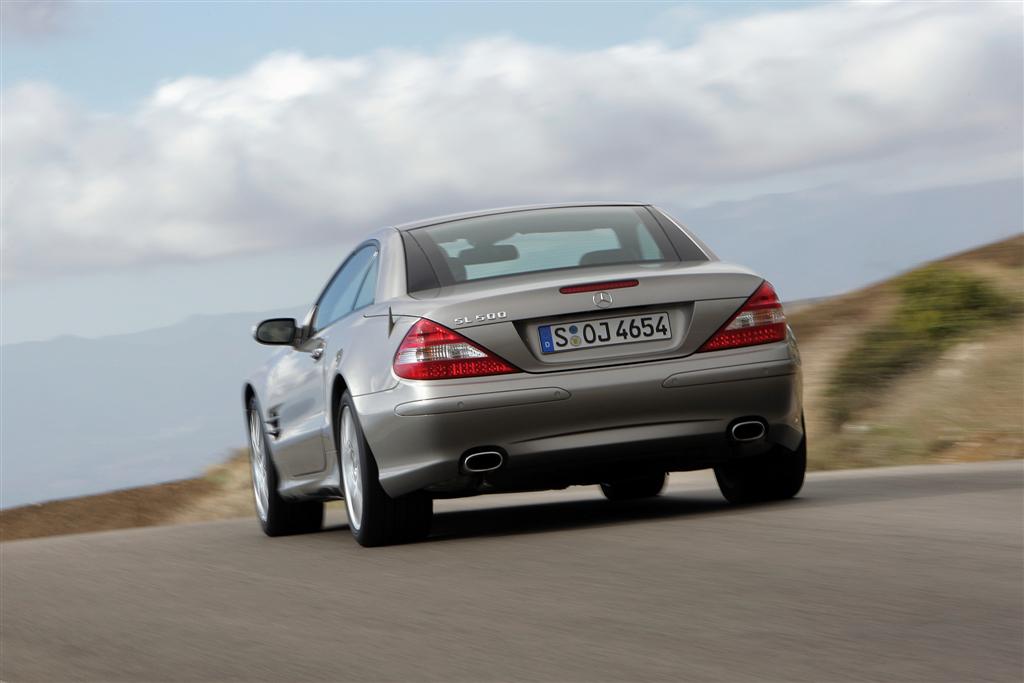 All three engine variants of the SL-Class have newly developed exhaust systems: the specially sound-engineered, powerful engine note has been tuned to enhance the driving experience while still offering exceptional comfort on even the longest trips. Mercedes-Benz equips the V6 and V8 models of the new SL-Class with the 7G-TRONIC seven-speed automatic transmission as standard.

7G-TRONIC Sport, which is available as an optional extra, allows shifting to be performed up to 30 percent faster in manual “M” mode; furthermore, this package features steering-wheel shift paddles similar to those used in Formula 1. 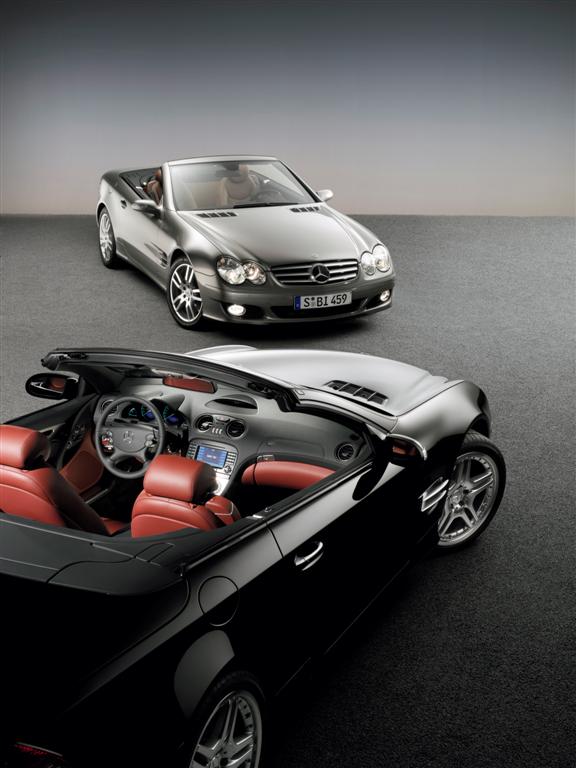 The ABC (Active Body Control) active suspension system (standard in the SL 500 and SL 600, available as an option for the SL 350), which is regarded as one of the milestones of automotive technology, has been refined even further for the new SL-Class. Compared with the predecessor model, body movements in dynamic driving situations have been reduced by up to 60 percent. This takes the SL-Class into a new dimension of handling dynamics, yet the Roadster still offers the same high level of comfort. A new steering set-up with a more direct ratio makes the SL-Class noticeably more responsive. In addition, the brake systems of the SL 350 and SL 500 have been modified to handle the increased engine output.

With subtle changes to the body design, the new-generation Mercedes-Benz SL-Class is ready for the future. A new bumper with three large cooling air intakes and a more pronounced V-shape as well as fog lamps with chrome surrounds emphasise the power of the two-seater and give it a wider look. These features are complemented by the newly designed, matt silver radiator grille with three louvres and chrome highlights. The side view is enhanced by new light-alloy wheels whose powerful design reflects the sporty character of the SL. New rear light units complete the styling measures: with their horizontal divisions and red/white clear-lens design, they accentuate the width of the muscular rear of the SL. The new body details harmonise perfectly with the widely acclaimed design of the SL-Class whose exciting and elegant lines are unique and unmistakable.

Interior: even more attention to detail

The Mercedes designers have also made only discreet changes in order to update the interior of the SL-Class. Measures taken to accentuate the characteristic combination of Mercedes comfort and sportiness include the use of softer leather upholstery, new interior colours, high-quality metal door sills with Mercedes-Benz lettering and embossed aluminium trim elements.

Other interior highlights characterised by their particularly attractive look and feel include classic, chronometer-style gauges housed within the redesigned instrument shroud with double topstitching, the new digital clock and the cover of the adjacent ventilation outlet, as well as the new aluminium-look switch for operating the vario-roof. The two-seater can be converted from a Coupe to a Roadster and vice-versa in next to no time. Opening or closing the folding roof, a glass version of which is available as an optional extra, takes just 16 seconds.

An even higher level of operating comfort than that offered previously is provided by the optional remote boot-lid release system which provides access to the boot at the touch of a button. The standard equipment includes the now removable luggage cover which increases the capacity of the boot by 22 litres to provide 339 litres of luggage space more than any other vehicle in this segment. The luggage cover, which can be removed quickly and easily, makes loading the boot considerably easier and enhances its usability.

When it comes to individualisation, an even wider designo range is available to SL customers with immediate effect. For the first time, the new line-up includes two designo interior appointments packages offering an particularly attractive array of colours and materials. designo Edition I features a classic combination of colours while designo Edition II has a sporty character.

Success story: the original SL with gullwing doors made its debut in 1954

For over 50 years now, the Mercedes models bearing the famous “SL” designation have fascinated sports-car enthusiasts all over the world. The direct descendant of the original “Gullwing” SL which made its debut in 1954, the SL-Class echoes its design and perpetuates the incomparable success story of the model series. With a worldwide market share of 35 percent, the SL-Class is the clear market leader in its segment a position which the model update will help to consolidate. The new generation SL-Class will have its world premiere at the Geneva Motor Show in February 2006; it will appear in the showrooms of Mercedes-Benz outlets and authorised dealerships from March 2006.

World premiere for a host of new products