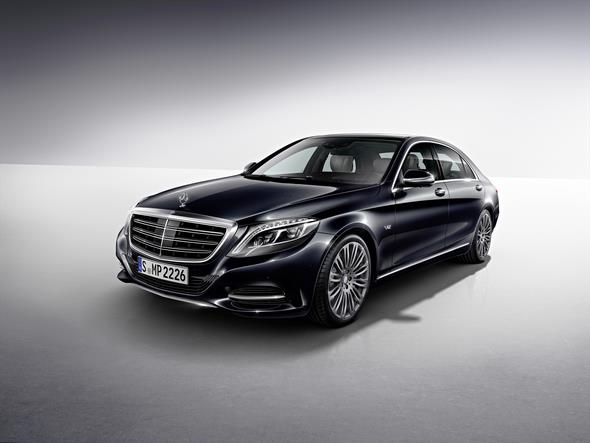 Stuttgart – No other car lives up to the standards so famously set by company founder Gottlieb Daimler quite as comprehensively as the top model from Mercedes-Benz.

The S 600 with V12 biturbo engine is the top model in the already successfully established S-Class and is available exclusively with long wheelbase and with a luxurious package of equipment and appointments.

But the S-Class is about to get even better in other ways, too: the models in the current range will be upgraded with the addition of a head-up display, touchpad and COLLISION PREVENTION ASSIST PLUS. 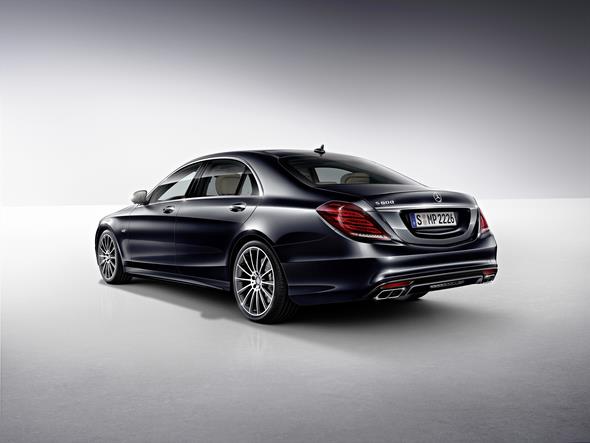 “The S-Class has always been the embodiment of our claim to deliver the very best in terms of both technology and design” emphasised Ola Källenius, Executive Vice President of Sales and Marketing at Mercedes-Benz Cars.

“And our flagship model, the S 600, epitomises the focus of our development work, the ‘Essence of Luxury’, in a way that no other model can. Our customers in North America and Asia in particular will enjoy this new top model with its exciting V12 engine.”

The maximum torque of 830 Nm is available from 1900 rpm. The S 600 now for the first time features the ECO start/stop function as standard, while it also meets the Euro 6 emissions standard. 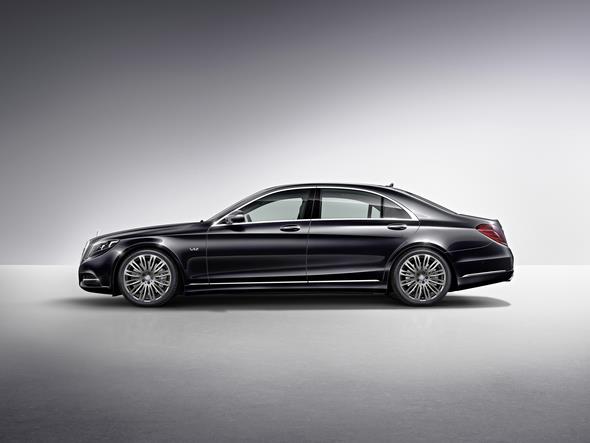 The most important features of the engine at a glance:

The comprehensive standard specification of the S 600 reinforces its role as a flagship model. The LED Intelligent Light System, the MAGIC BODY CONTROL suspension with ROAD SURFACE SCAN and the Driving Assistance package Plus, for example, all come as standard.

The figure “600” has long been a legend in the history of the automobile: the model 600 (W 100) launched in 1963 was the first passenger car from Mercedes-Benz to feature a V8 injection engine.

The 600 SE model in the 140 model series of 1991 marked the introduction of the first twelve-cylinder engine as standard in a Mercedes-Benz passenger car.

The M 120 delivered 300 kW (408 hp) from a displacement of 6 litres and began a tradition of V12 units as the top-of-the-range engines in the S-Class. Since the 220 series, Mercedes-Benz has also offered especially sporty, AMG-optimised variants with V8 and V12 engines at the top of its S‑Class range, in the form of the S 63 AMG and S 65 AMG.

From March: additional fine touches in the new S-Class

From March, all the functions of the head unit can be controlled by fingertip gesture, as with a smartphone, from the new, optional touchpad.

In addition, the touchpad allows letters, numbers and special characters to be entered in handwriting – in any language that is available on the head unit. The touchpad thus offers an additional, full-function input option over and above the existing COMAND Controller and LINGUATRONIC.

A head-up display is also available as an option for the S-Class. As in a jet fighter, it displays important information directly in the driver’s field of view on the front windscreen, so ensuring that the driver’s attention is distracted less from the road ahead. 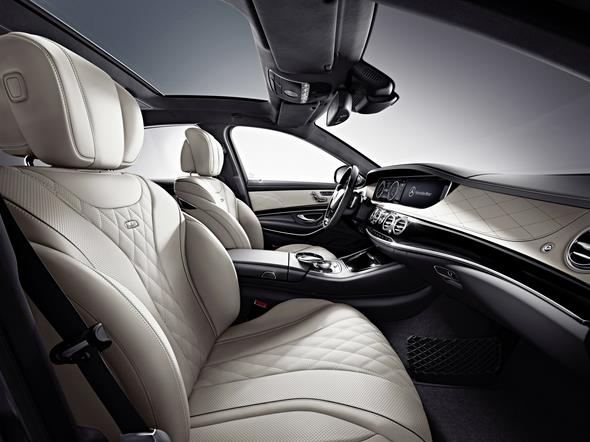 The system provides information on speed, speed limits and navigation instructions, for example.

In addition to the adaptive Brake Assist system, which helps to protect against collisions at speeds of over 7 km/h, this system now features a further function: if the danger of collision persists and the driver fails to respond, the system is able to carry out autonomous braking at speeds of up to 200 km/h, thereby reducing the severity of collisions with slower or stopping vehicles.

The system also brakes in response to stationary vehicles at a speed of up to 50 km/h, and is able to prevent rear-end collisions at up to 40 km/h.

A clear windscreen even at sub-zero temperatures, without all the hassle of scraping, is now possible thanks to electric windscreen heating (optional extra). This is designed to work in conjunction with the air-conditioning blower and ensures clear forward visibility in practically no time at all.

"Top Safety Pick+" award in the stricter US crash test

The new comedy with Matthias Schweighöfer