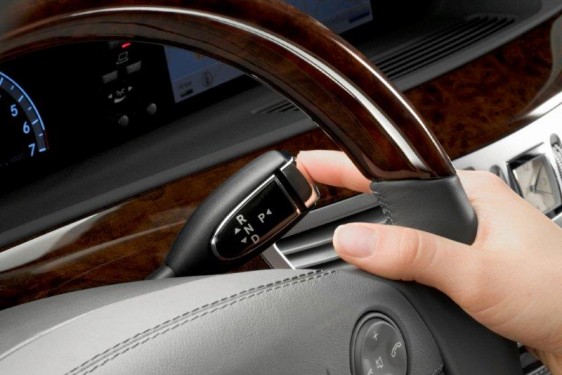 The new 7G-TRONIC seven-speed automatic transmission will be a standard feature of the E 500, S 430, S 500, CL 500 and SL 500 models from autumn 2003, replacing the five-speed automatic version currently fitted. 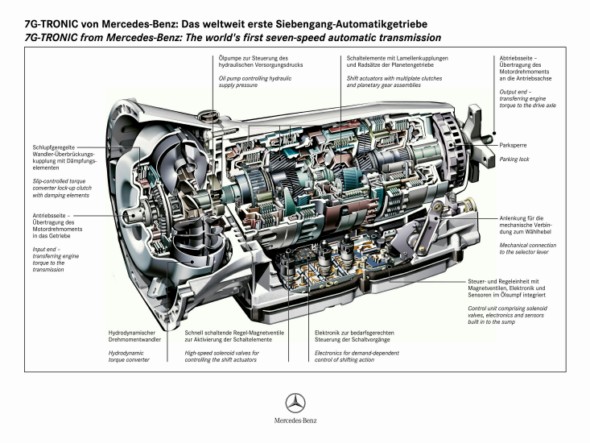 The newly developed seven-speed automatic transmission reduces fuel consumption in the NEDC driving cycle by as much as 0.6 litres per 100 kilometres (depending on the car), increases acceleration from 0 to 100 km/h by up to 0.3 seconds and allows significantly quicker intermediate sprints from 60 to 120 km/h.

At the same time, shifting is even smoother, and therefore more comfortable, than with the automatic transmission presently used.

The Mercedes engineers have achieved these advances above all through the use of seven gear ratios.

These allow the automatic transmission to retain the small increases in engine speed which are important in ensuring optimum gear ratios, whilst at the same time offering a larger ratio spread between the lowest and highest gear.

This gives the electronic control unit more flexibility to adjust shifting in such as way as to keep fuel consumption low and the transmission’s reactions fast.

What’s more, it also lowers the average engine speed – a clear plus point in terms of both cutting fuel consumption and keeping the lid on noise levels.

When the driver switches down rapidly through the gears (kickdown), the new transmission does not always select the individual gears in strict order.

Instead, 7G-TRONIC will miss out a particular gear if necessary, switching from seventh gear straight down to fifth, for example, and from there directly to third.

In this situation, only two gear changes are actually required – instead of the normal four – in order to accelerate quickly using kickdown.

Gear-change is barely noticeable, especially in the higher gears.

As in its predecessor, one outstanding feature of the new seven-speed automatic transmission is a lockup clutch in the hydrodynamic torque converter.

In many situations, this system largely eliminates slip between the pump and turbine rotor.

It does this by establishing a virtually fixed connection wherever possible between the engine shaft and transmission shaft, creating an extremely effective barrier to output loss.

Credit for this impressive achievement goes in particular to the transmission casing, which is constructed in lightweight magnesium – also a world premiere in volume production. 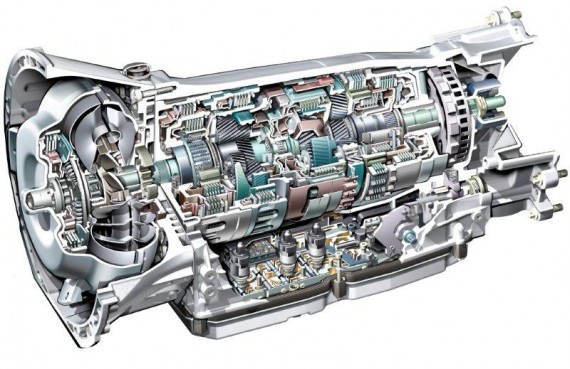 The 7G-TRONIC transmission development represents the fifth generation of automatic transmissions made by the Mercedes-Benz brand, and in so doing continues an impressive tradition.

Since 1959, the Stuttgart-based car maker has produced over eleven million automatic transmissions.

Whilst the automatic transmission is part of the standard equipment in the S-Class, around 88 percent of all Mercedes E-Class customers currently order their car with automatic transmission, whilst the figure stands at some 65 percent for the C-Class Saloons, Estates and Sports Coupés – and this figure is on the rise.

The new seven-speed automatic transmission will be produced at the Mercedes plant at Stuttgart-Untertürkheim, the original location of the company’s very first production facility.

DaimlerChrysler has invested some 400 million euros at the plant in the construction of a new complex of buildings containing state-of-the-art production equipment and installations for around 1100 employees.

The AMG SPEEDSHIFT MCT 7-speed sports transmission is an innovative power transfer system that made its debut in the high-performance SL 63 AMG Roadster in 2008.

It combines the sporty, direct and agile feedback of a manual transmission and the maximum convenience of an automatic transmission.

MCT stands for Multi-Clutch Technology and only employs clutch elements to perform gearshifts.

A wet start-up clutch, which runs in an oil bath, replaces the conventional torque converter.

Thanks to its low rotational inertia, the transmission responds instantaneously and dynamically without the losses typical of a torque converter transmission – thereby helping to save fuel.

The AMG sports transmission also impresses with its low weight of just 80 kilograms, which has been made possible through the use of lightweight magnesium for the transmission housing.

During development of the E 63 AMG the AMG engineers paid special attention to the new drive mode “C” (Controlled Efficiency).

The emphasis was on delivering minimum engine speed coupled with a reduced number of gearshifts in all driving situations.

When moving off in “C”, the MCT transmission always selects second gear and shifts decidedly early to next higher gears if the driving style permits.

At 60 km/h for instance, sixth gear will already be engaged – not only improving fuel consumption but noise levels, too.

The powerful electronic control unit and the integrated 80 MHz processor ensure spontaneous downshifts at the same time – say when approaching traffic lights or if the driver suddenly needs power for dynamic acceleration.

Drive modes “S”, “S+” and “M” for even more driving pleasure and dynamism

The engine and transmission come across as much more agile in the “S” (Sport) mode. Accelerator pedal movements trigger a more direct traction response, making the downshifts more spontaneous.

The engine speed is allowed to reach a higher level in each gear, while the gearshifts are around 25 percent faster than in “C”.

Turning the rotary switch in the AMG DRIVE UNIT a notch further to the right activates “S+” mode. Sport plus shifts the gears another 25 percent faster than in “S”.

The engine management system partially suppresses cylinders in “S”, “S+” and “M” modes: precisely interrupting ignition and injection under full load for brief periods leads to even faster gearshifts than before.

The highly emotional vocals are an appealing side effect of this lightning-fast process.

For instance, kickdown lets you move straight from seventh down to fourth gear or from fifth to second. In the Sport, Sport plus and Manual modes the automatic double-declutching function is active. 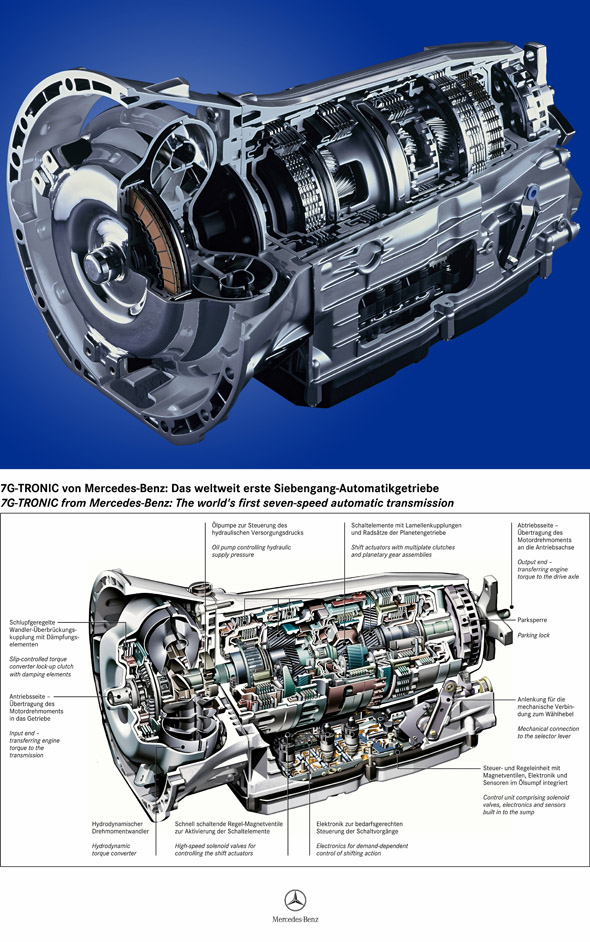 Every manual or automatic downshift is accompanied by precisely metered double-declutching – from “S” through “S+” to “M” incrementally.

And this not only adds to the driver’s emotional experience: the load-free downshift minimises load-change reactions, which pays dividends particularly when braking into a bend on the racetrack and also enhances safety in the wet or on ice.

In manual “M” mode the driver also benefits from the high torque of the V8 engine, as there is no automatic downshift under full load and kickdown; the transmission remains steadfastly in the selected gear.

Moreover, the AMG MCT sports transmission does not perform an automatic upshift in manual mode when the rev limit is reached.

In “M” mode the AMG instrument cluster displays the current gear and alerts the driver to the need for an upshift just before the needle reaches the red zone.

This means that a particularly sporty driver can use the superior performance potential to its fullest extent.

When approaching the lower rev limit, e.g. when braking the vehicle, there is an automatic downshift to the next lower gear.

The first SLR with road permission from Poland