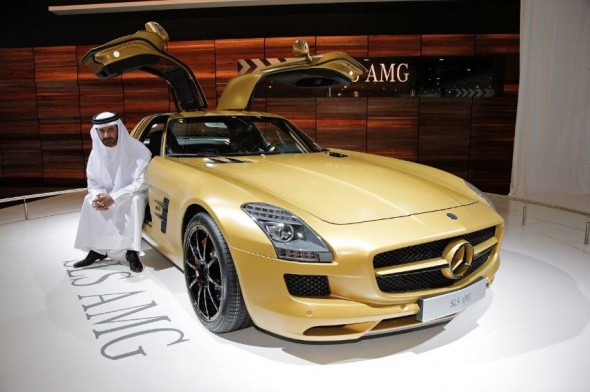 Merc has started on road tests of the electric SLS supercar and is still on target for a 2013 launch AMG boss Volker Mornhinweg has told Autocar.

Mornhinweg also revealed that AMG engineers are still confident that the electric SLS will meet all of it’s performance objectives: a 0-60mph time of 4.0 seconds with a battery range of around 110 miles.
“We are on target to meet all of our objectives but we obviously have lots of time to fine tune,” he said.

AMG’s boss was also confident that it would be as exciting to drive as the recently launched petrol version.

“Effectively being four-wheel-drive does alter its character, but our torque vectoring systems give us opportunities to make it as good,” he said. “It’s important to get the emotional level of an EV right and we have some solutions.”

However, Mornhinweg denied that Merc was looking at noise generation systems, dismissing them as “too artificial”.

The electric SLS is powered by three batteries, which add up to power equatable to 525bhp and 649lb ft of torque. But these will exact a weight penalty on the production car: it will come in at 1900kgs, compared to the 1620kg petrol version.

Merc has also yet to set an estimated price for the electric SLS – offering it as a lease only car is still a possibility.