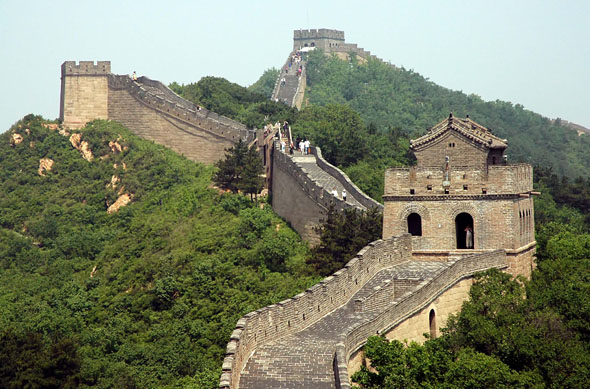 Mercedes-Benz continues to post strong growth in China. The brand with the star was the fastest-growing premium brand in China in the year to date and will remain so for the full year as well. Already by September, sales of Mercedes-Benz had reached the same level as in all of 2008, and they are expected to increase by more than 60 percent in full-year 2009 compared to 2008. “We posted record sales in every month this year in China, and we will continue to grow dynamically there in the future,” said Dr. Joachim Schmidt, Executive Vice President Sales and Marketing Mercedes-Benz Cars. “We will expand our presence on the Chinese market next year as well, and we expect to continue to grow faster than the market as a whole. We also expect to receive a boost from the long wheelbase version of the new E-Class, which we will offer especially for the Chinese market from the middle of next year.”
In November, Mercedes-Benz once again set a sales record in China, tripling the number of vehicles sold to 8,700 units. As a result, the brand has sold a total of 60,700 passenger vehicles in China (including Hong Kong), representing an increase of 56 percent. The new generation of the S-Class and the new E-Class sedan both saw sales triple in November: A total of 2,000 S-Class luxury sedans were handed over to customers, while 1,500 buyers opted for an E-Class sedan. As a result, 12,800 S-Class and 10,400 E-Class sedans have been delivered to customers since the beginning of the year. The E-Class was introduced to China last July, and the S-Class was launched there last August. China is the world’s largest market for the S-Class. The vehicle has a market share of around 40 percent in the country, giving it a big lead over its competitors in its market segment. In addition, the S 400 HYBRID has been available in China since September 2009 and has met with great customer’s response.
Deliveries of the C-Class sedan doubled in November to 1,700 units, resulting in total sales of 15,100 C-Class vehicles from January to November. Sales of sports utility vehicles (SUVs) have also doubled since the beginning of the year, to 14,400 units. The newly introduced GLK alone accounted for 4,000 units, putting it ahead of its premium competitors to become the Number 1 vehicle in its segment.
The B-Class and the smart fortwo were also successfully launched in China this year. A total of 4,200 B-Class vehicles have been sold since the model series was introduced on the market at the beginning of the year, while the smart fortwo has been doing well since April 2009, with sales of 1,500 units. Mercedes-Benz Cars offers 16 model ranges in China, with a total of 52 different models. The sales network currently encompasses approximately 130 dealerships and is scheduled to be expanded next year.
Growth also posted in the other BRIC countries: Brazil, India, and Russia
Mercedes-Benz also grew in the other BRIC countries in November. Sales of Mercedes-Benz vehicles were up 81 percent in Brazil in November, and 25 percent in India. Meanwhile, the brand grew by three percent in Russia in November.
Higher production capacities in China and India
Due to the high local demand, Mercedes-Benz Cars is focusing the activities of its production network in China and India strongly on these growth markets. For example, the production capacity of the BBDC Automotive Cooperation in Beijing will be substantially increased. The plant currently produces the C-Class for the Chinese market. Meanwhile, Mercedes-Benz India opened a new production plant in Chakan, Pune, in February. The facility’s total area of approximately 400 hectares offers additional space for expanding production capacity.
Tags
china