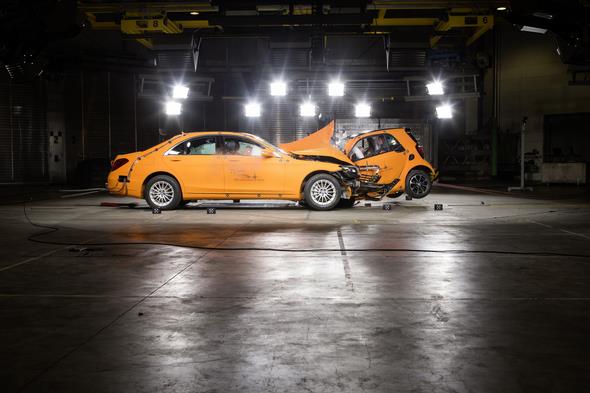 This was demonstrated by a recent in-house offset crash against a Mercedes-Benz S-Class. As the smaller and lighter vehicle in the collision and at an impact speed of 50 km/h with 50 percent overlap, the smart offers its two passengers an intact occupant space and excellent chances of survival.

All in all, the new smart fortwo has undergone the same development programme as, for example, the new Mercedes-Benz S- or C-Class.

Daimler’s 75 years of safety expertise and smart’s 21 years of expertise in building small cars have gone into the safety concept of the new smart generation. 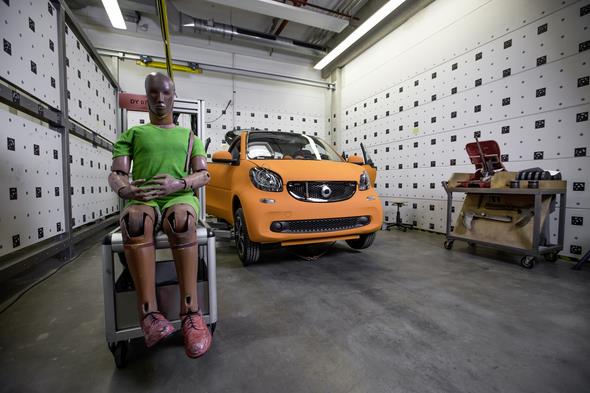 “The well-proven tridion cell forms the basis for the high crash safety of the new smart. It ensures efficient energy absorption in a frontal impact.

To this end, the crumple zones of the new smart have been made as large as possible. Homogeneous application of force in the structure is achieved with several load paths”, says Professor Rodolfo Schöneburg, Head of Vehicle Safety at Mercedes-Benz Cars, describing the good crash result. 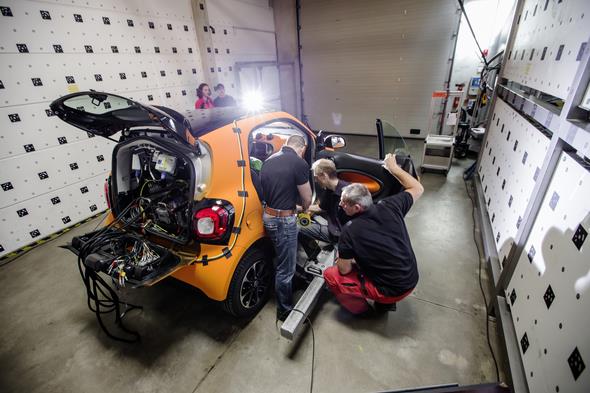 “The high proportion of ultra-high-strength steels ensures high stability for the passenger cell. In addition, the further developed airbags and seat belts offer maximum occupant protection, for example with a knee airbag for the driver as a standard feature.” 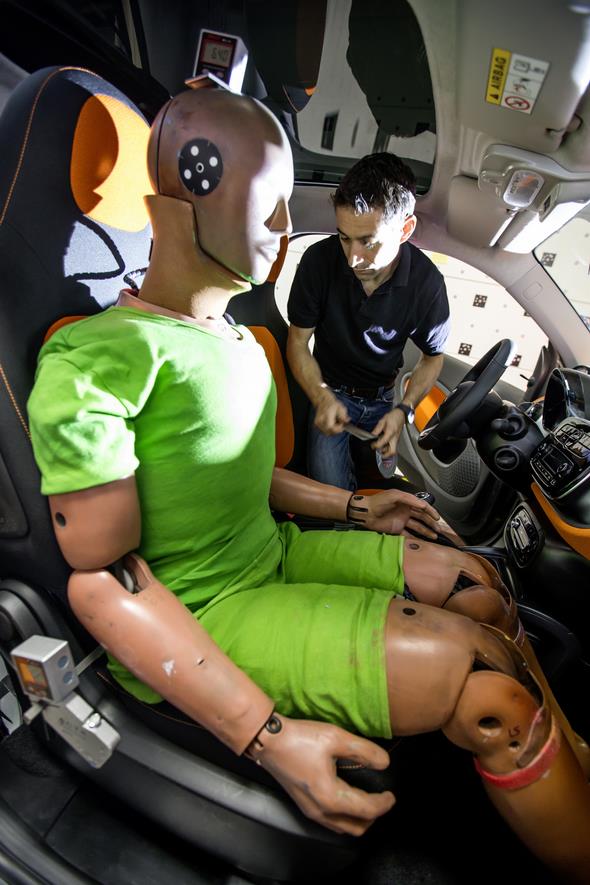 In line with the safety philosophy “real-life safety” Mercedes-Benz has been testing the compatibility of different vehicles in such car-to-car crash tests for many years. 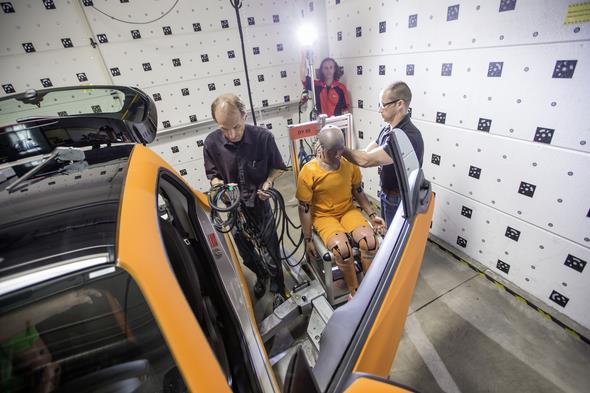 Small and lightweight vehicles are generally at a disadvantage with regard to the mass ratio. For example, in an accident with a heavier vehicle this can lead to higher deceleration and greater application of force on the occupants. 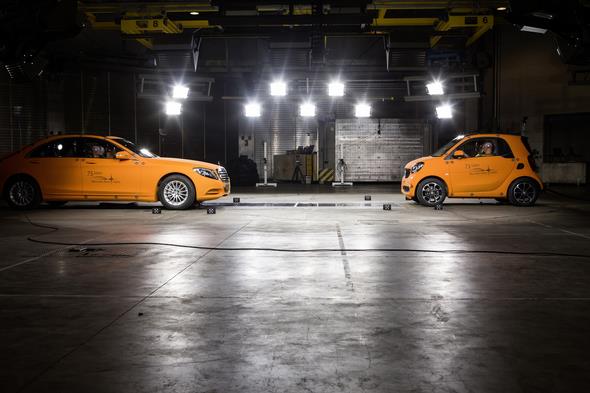 This is why Mercedes-Benz generally designs the body structure of large vehicles so that they can also reduce the load for small vehicles involved in an accident, without reducing the protection for their own occupants. 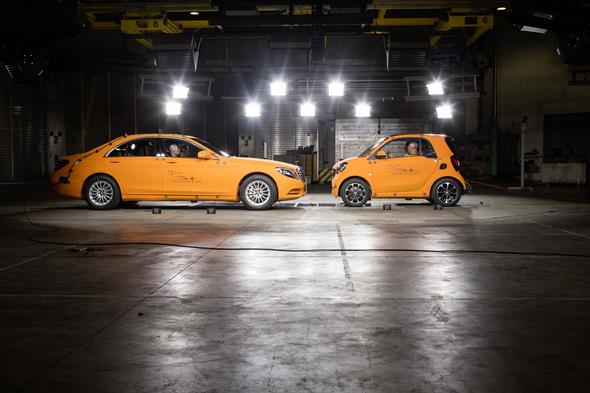 Schöneburg says “The S-Class therefore also greatly contributes to the good result in this car-to-car accident.”

A comparison of the two vehicles involved in the accident