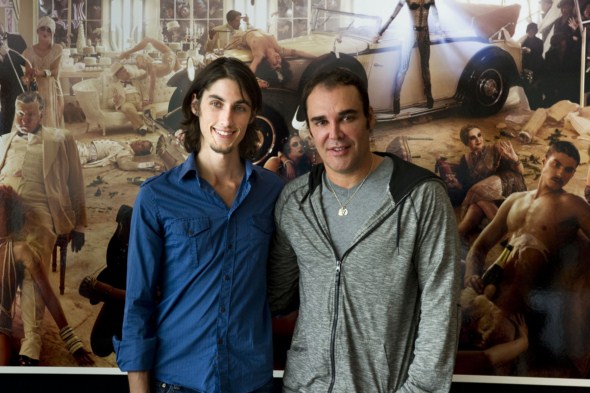 Stuttgart/St. Moritz. At the St. Moritz Art Masters festival the German luxurious car brand Maybach presented its new mentoring project for the up-and-coming American photographer Garret Suhrie. Star photographer David LaChapelle and the Wilhelm & Karl Maybach Foundation are supporting the highly talented artist for a whole year, paving the way to an international career for him. The leitmotif of this joint undertaking is the re-interpretation of “Exposure of Luxury”.

At the same time it forms the next step of the cooperation with the US star photographer, which began a year ago with the artistic showcasing of Maybach luxury saloons and bore the titles “Exposure of Luxury” and “Berlin Stories”. Both photos are on display during the St. Moritz Art Masters – for selected guests at the Chesa Lumpaz. A lavish catalogued documentation of the photo shoot, by the name of “Bliss amongst Chaos” gives a comprehensive insight into the way in which David LaChapelle works.

In 26-year-old Garret Suhrie the team has found an up-and-coming photo-grapher who already displayed an enormous amount of talent in his younger years, when he would document the decaying industrial facilities in his home city of Harrisburg in Pennsylvania.

After training to become a photographer in Philadelphia, Tokyo and Rome, he moved to Los Angeles, where he has been working since 2007. His portfolio encompasses a comprehensive range of works in the spheres of advertising, fashion and also editorial photo spreads for magazines like Flaunt, Blink and Collective.

Several exhibitions, plus the inclusion of his pictures in National Geographic’s photo archive bear witness to the aspiring photographer’s abilities. Since 2007 Garret Suhrie has been working with David LaChapelle as a studio manager. During the St. Moritz Art Masters some images from his extensive oeuvre are also being shown at the Chesa Lumpaz.

“The nomination of Garret Suhrie as the mentoring scheme’s protégé was made unanimously”, explained Patrick Marinoff, Global Brand Manager Maybach. “He bowled everyone over with his huge talent and his very personal pictorial language. That’s why we are delighted to be able to support him on what will without doubt be his very successful career path”.

Jutta Aldenhoff, Executive Director of the Wilhelm & Karl Maybach Foundation added: “All those involved in this mentoring project will play their part in ensuring that the year is a successful one for Garret Suhrie. The Wilhelm & Karl Maybach Foundation is going to take on the project management role and together with David LaChapelle we will implement an individual plan for the mentoring year’s content and schedule.” 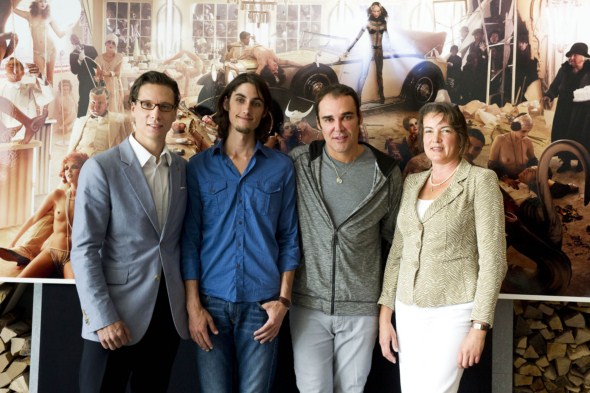 The Maybach Mentorship program has provided me with an amazing opportunity to share that knowledge with a young artist whose talent I believe in. I hope that in working with Garret Suhrie, I am able to offer him a fraction of the knowledge that so many have shared with me”, explained David LaChapelle. The star photographer will be helping Garret Suhrie until August 2011, and during this time he will be accompanying his protégé at work and letting him share his experiences. In addition to this the young photographer will gain access to contacts on the international art scene via the network of David LaChapelle and the Maybach Foundation.

The Maybach Foundation will also be organising exhibitions of his pictures in Europe and the USA, and integrating him in its own activities. A wide range of communications measures and financial support round off the package which the scheme is providing.

The aim is to foster Garret Suhrie’s great talent with an eye on the long term, preparing the ground for an international career as a top photographer. “Until now, I’ve mostly been keeping my work to myself, not sharing it with any public audience. The most valuable thing anybody can give me is a forum to share my passions that are conveyed through the language of photography. So I am happy to have been chosen for the Maybach Mentorship program and hope to be able to pass on my experiences one day too”, said Garret Suhrie.

For a number of years now Maybach has been successfully established in the international world of contemporary art. This tradition-steeped automotive Manufaktur works together with top international artists and backs renowned institutions on the art scene.

This involvement began back in 2005, in the form of support for the artists Christo and Jeanne-Claude and their spectacular project “The Gates” in New York’s Central Park. Following further partnerships, the luxury brand presented the Maybach Art Cars – designed by Tim Berresheim in August 2009.

The spectacular cooperation with David LaChapelle came later that same year. As well as working alongside individual artists, providing long-term support for internationally reputed institutions in the art world is another of the main focal points of Maybach’s involvement in art.

This work is rounded off by the linking of art and social commitment – in keeping with the mentoring philosophy of the Wilhelm & Karl Maybach Foundation. Through its involvement in art, Maybach creates exclusive access to art itself, artists and renowned art fairs and also to the brand and the saloons for its customers – in a unique vein with which Wilhelm Maybach would certainly have identified when he created his legendary car: luxurious, fascinating and ahead of its time.