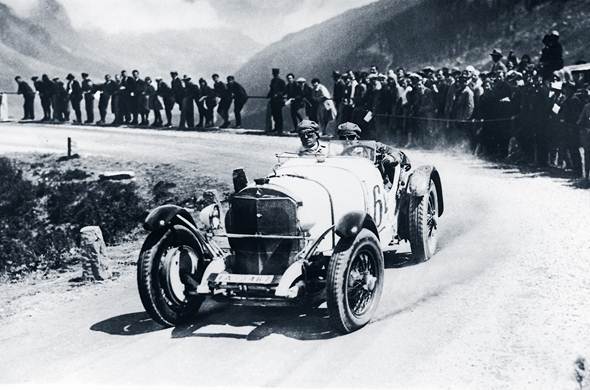 Stuttgart – in 2013, Mercedes-Benz Classic will be participating in the International Edelweiss Mountain Award Rossfeld Berchtesgaden. The event looks back to the heyday of hill climbs in the mid-twentieth century. It was a time when the Mercedes-Benz star shone especially brightly in comparison with its international competitors: Rudolf Caracciola alone won the European Hill Climb Championship three times for Mercedes-Benz between 1930 and 1932.

In 2013, Mercedes-Benz Classic will be participating in the International Edelweiss Mountain Award Rossfeld Berchtesgaden, which will be held for the first time next September. The three-day event is a fond tribute to the golden ages of the Salzberg race in the 1920s, and the Rossfeld race from the 1950s to 1970s. 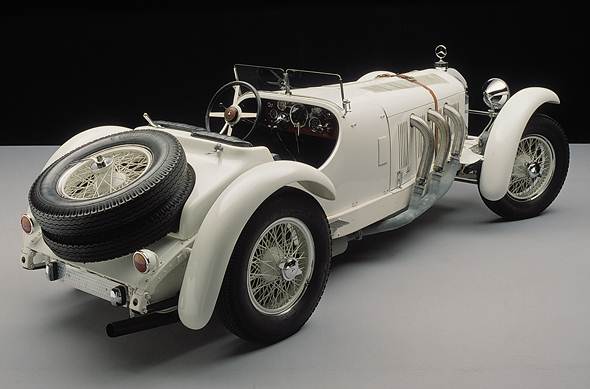 At the “warm-up lap for the Edelweiss Mountain Award”, which is being staged exactly one year before the start of the historic racing weekend, Jochen Mass will be presenting an SSK racing sports car (model series W 06). Mercedes-Benz was extremely successful in hill climbs with the six-cylinder compressor vehicle between 1928 and 1935.

The fascination of hill climbs

The individual effort to shave seconds off time on the steep, winding sections in hill climbs is one of the fascinating disciplines in motor racing. In contrast to circuit races, drivers here start off at regular intervals from down in the valley, and drive in individually timed runs to the finish point at the top of the mountain.

Even in the early days of motor racing around 1900, hill climbs attracted many thousands of spectators, and by the mid-twentieth century, the discipline had reached the peak of its popularity.

Spectators were able to experience at close quarters the skill and precision with which the drivers guided their racing cars around narrow hairpin bends, and mastered tracks that seamlessly switched from asphalt mountain pass roads to rough gravel sections.

Racing on the Salzberg since 1925

Hill climbs were first staged on the dirt road that runs from Berchtesgaden to Obersalzberg in 1925, while the Salzberg race for motor cars and motorcycles was held until 1928. The duel between Rudolf Caracciola in a Mercedes-Benz SSK and Hans Stuck in an Austro-Daimler at the last Salzberg race in 1928 has become the stuff of legend. Caracciola finished in second place and received a special prize “for outstanding sporting achievement”.

Caracciola, who at that time was the lead driver for the Mercedes-Benz racing department, competed very successfully in hill climbs in the era of the large compressor racing sports cars and also in the pre-war Silver Arrows era. 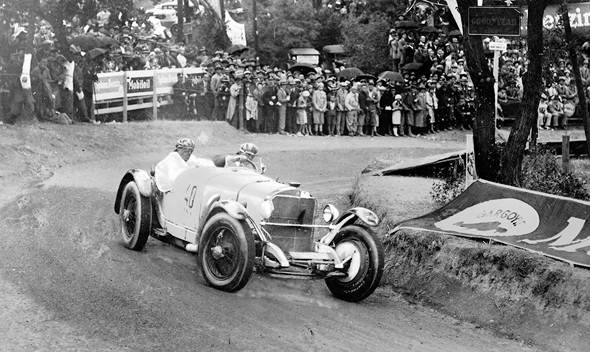 Optimised technology for use in hill climbs

In the pre-war Silver Arrows era between 1934 and 1939, Mercedes-Benz used specially adapted variants of its Grand Prix vehicles for hill climb events. For example, two lightweight versions of the W 125 developed for the 1937 Grand Prix season were developed for hill climbs, and were successfully used over the following few years. One of these successes came in 1939, when Hermann Lang won the Grossglockner mountain race in a modified W 125.

The Mercedes-Benz engineers not only optimised the body of the W 125 that had been developed for circuit racing, but also made other modifications for its special use in mountain racing. For example, for competitions with individual time runs on gravel tracks in the mountains, the double tyres on the rear axle were intended to improve traction in the monoposto. The W 125 was also fitted with a modified cooling system for mountain races, with just one cooling air inlet at the front, whereas the Grand-Prix cars had three.

Lastly, a shorter gear ratio ensured a high level of driving dynamics on the very winding roads. As a result, the W 125 emerged the triumphant winner of a large number of mountain races and helped add to the special fascination of these competitions. 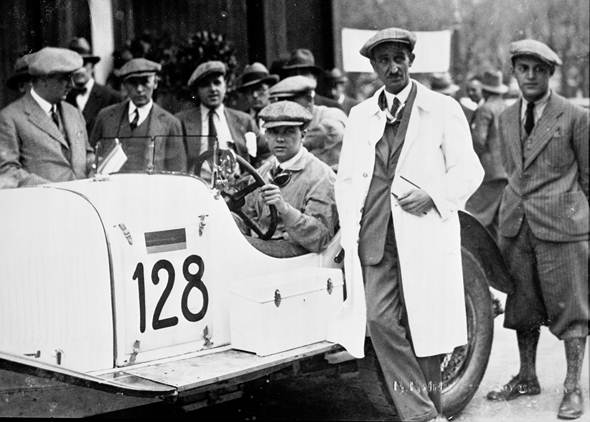 Of the supercharged six-cylinder sports cars in the Mercedes-Benz S-series, the SSK (model series W 06) is the most exclusive and beguiling. The model designation is an abbreviation of “Super-Sport-Kurz” (German for Super-Sport-Short), because it combines a short wheelbase with exceptional sportiness. In the summer of 1928, works driver Rudolf Caracciola promptly won the Gabelbach race in the brand-new SSK, and followed this up with other victories, including the Schauinsland hill climb near Freiburg and the Mont Ventoux hill climb. In 1930 and 1931, the SSK helped Caracciola win the European Hill Climb Championship. With its weight reduced and performance enhanced still further, the 1931 version, also known as the SSKL (Super-Sport-Short-Light), achieved equally spectacular success. One of the most significant victories was in the legendary 1000-mile “Mille Miglia”: in April 1931, Rudolf Caracciola in the SSKL became the first non-Italian to win this gruelling road race from Brescia to Rome and back.

Born on 30 September 1946 at Dorfen near Wolfratshausen (Bavaria).

He became works driver in the Sauber-Mercedes team after winning the German sports car championship in 1985 and following a period as a works driver for Porsche up to 1987. He drove for the team in Group C until 1991. Jochen Mass, along with Manuel Reuter and Stanley Dickens, was the winner of the 24 hours Le Mans race in the new Silver Arrow, the Sauber-Mercedes C 9, and finished runner-up in the 1989 World Championship. Three years later, Mass switched to team management at the DTM (German Touring Car Masters).

Sir Stirling Moss has described him as “a driver with an enormous feeling for racing cars and great technical knowledge, who is familiar with every era in racing history”. It is therefore hardly surprising that, to this day, Jochen Mass can be found behind the wheel for Mercedes-Benz at historic events such as the ADAC Eifel race at the Nürburgring racetrack.  It doesn’t matter whether the vehicle is a W 125 “Silver Arrow” or a Mercedes-Benz SSK – Jochen Mass knows and drives them all. 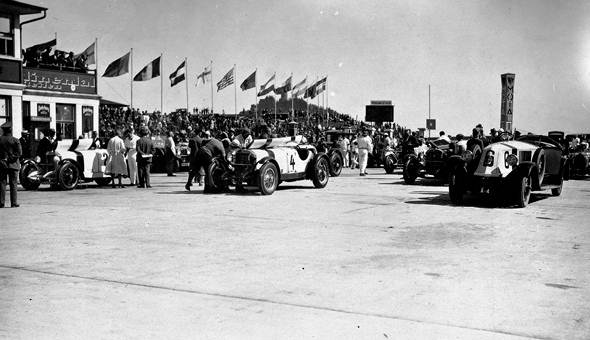 Two very special exhibitions are being held this autumn: