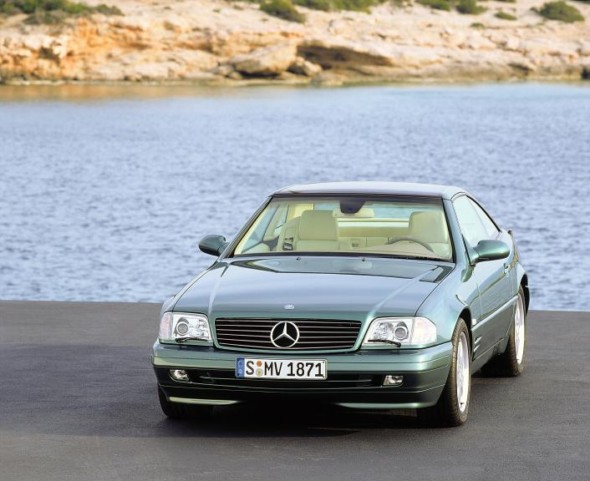 Model history
The R129 was based on the shortened floorpan of the Mercedes-Benz W124[2] and featured many innovative details for the time, for instance electronically controlled damping (optional) and a hidden, automatically extending roll-over bar.
The R107’s rather dated rear diagonal swing axle gave way to a modern multi-link axle. The number of standard features was high, with electric action for the windows, mirrors, seats and hood.
1994 cars were the first to have the new designation.
For example, 500 SL is now SL 500. Also starting in 1994, Mercedes-Benz offered special SL models from time to time, such as the Mille Miglia edition cars of 1994 or the SL edition of 2000.
1995 had minor updates for the car:
1996+ models featured minor facelifts for the car:
1997 cars were the first year to have an option of the panoramic roof. Also newly available:
A second facelift occurred for models 1999+ which featured: 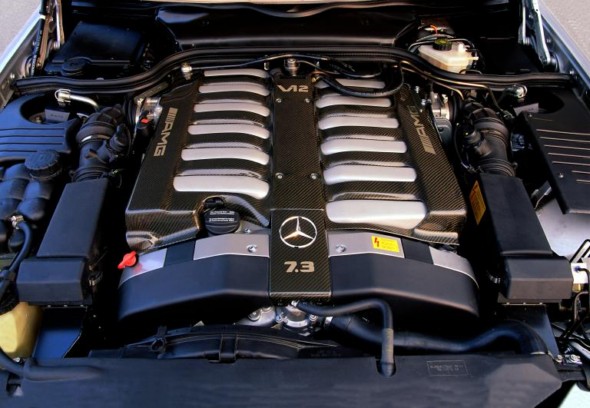 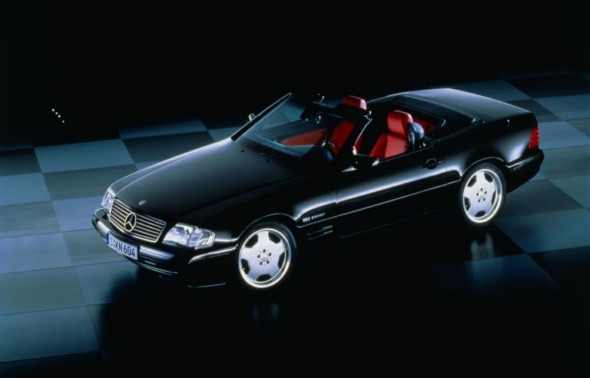 There was a choice of 5-speed manual or 4-speed automatic for the six-cylinder cars; the V8 and V12 could only be ordered with an automatic gearbox.

In Autumn 1993 Mercedes-Benz rearranged names and models. Also, the 300 SL was replaced by:

Only the 280 was available with a manual gearbox. SL 500 and 600 continued with their respective engines. A second facelift, introduced in late 1998, comprised new external mirrors, 17″ wheels and new bumpers. Also new were the engines, 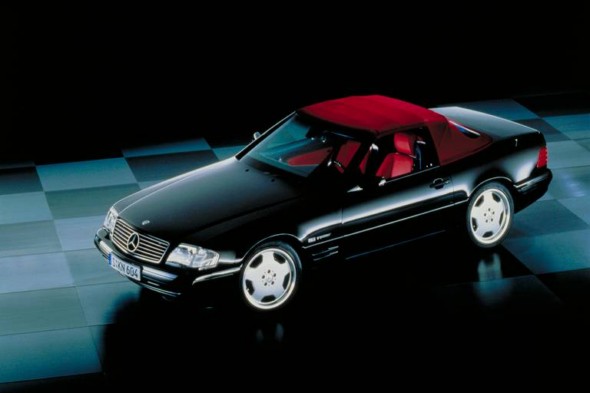 In April 1998 at the Turin Motor Show, an updated SL range was presented featuring newly developed engines and a subtly revised design. 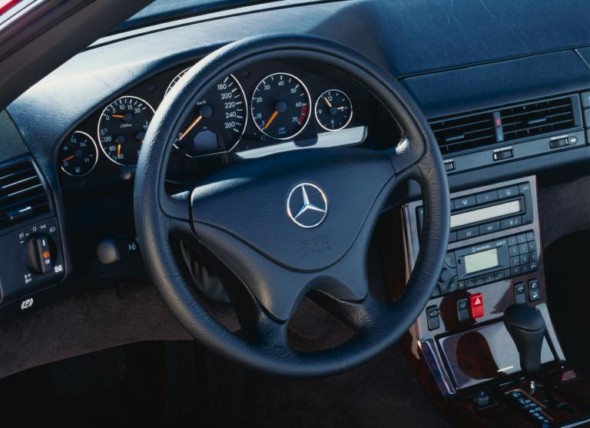 The most significant refinements included the introduction of a new generation of V-type engines with 6 and 8 cylinders to replace the 6-cylinder in-line engine featured in the M 104 series and the M 119 series V8-unit.

Thanks to the advent of 3-valve technology and dual ignition, the new engines consume up to ten percent less fuel than their predecessor models and are particularly remarkable for their very low exhaust emissions. 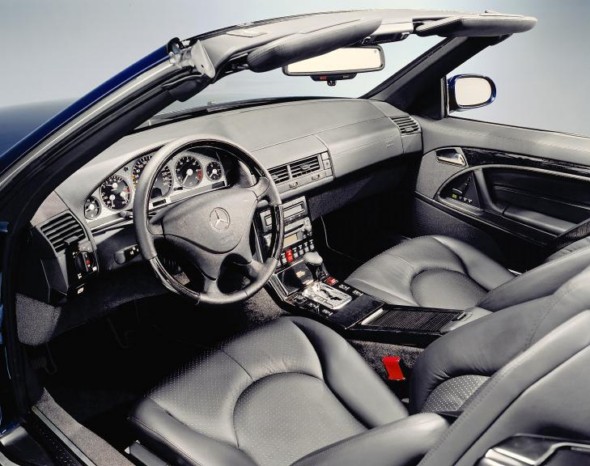 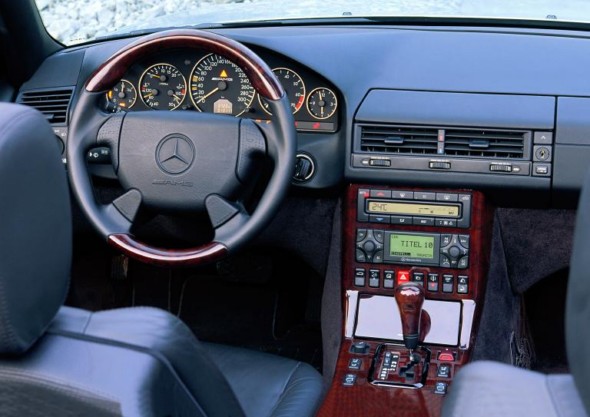 The SL 60 AMG was discontinued as part of the model improvement program and has not been available since June1998.

The design of the SL has not been radically modified. The aim of the subtle touching-up was to give the sports car an even more dynamic appearance. 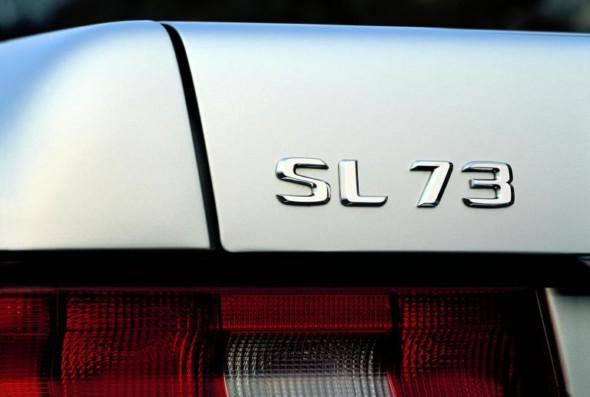 Smooth curves govern the new exterior mirrors which have been designed along the lines of the SLK and which represent the most distinctive external feature of the refined models.

Color-coded door handles and bodywork attachments of the new SL models are given a rich finish to match the bodywork. 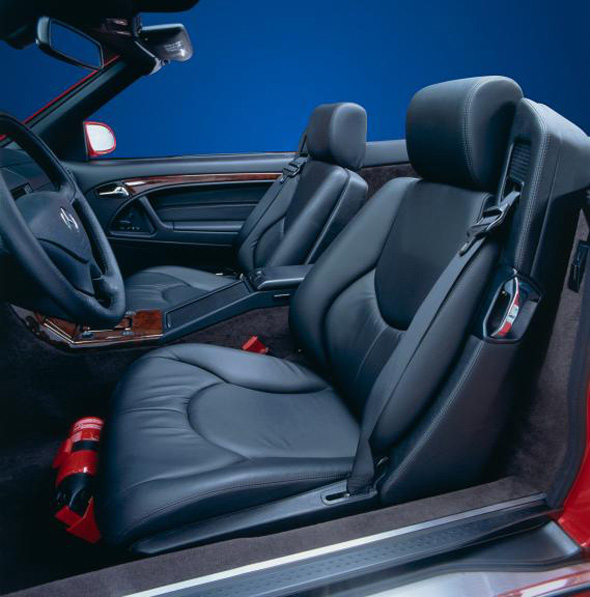 The size and design of the wheels have also been modified. Indeed, the refined SL models are fitted with new-style 245/45 ZR 17 5-hole light-alloy wheels as standard.