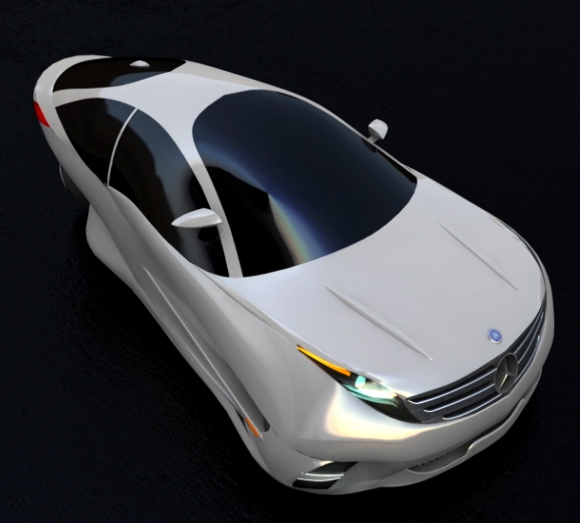 Awhile back we told you about Iranian designer Emil Baddal’s badass Lamborghini concept based on the Gallardo. Now a compatriot of his has come out with an equally compelling vehicular vision conceived as the next generation eco-efficient Mercedes-Benz. Mohammad Morassafar, a mechanical engineering and design student at Azad University in Tehran has termed his innovative three-wheeled, two-door four-passenger creation the Archimed, no doubt as a nod to Archimedes, the Greek mathematician, physicist, engineer, inventor, and astronomer.

Fitted with gullwing doors, the hybrid auto carries a combination of three different engines, two electrical and one diesel powered. With a (theoretical) output of 356 hp it’s designed to achieve a top speed of 255 km/h. Able to literally turn on a dime and rotate 360 degrees while stationary, it’s designed to maneuver in cramped urban quarters and is aimed at younger customers. It’s fluid, futuristic form vaguely resembles something out of Blade Runner, which works as well as anything when it comes to inspiration.