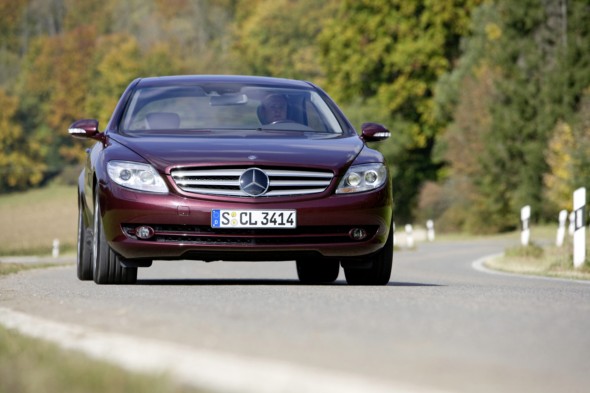 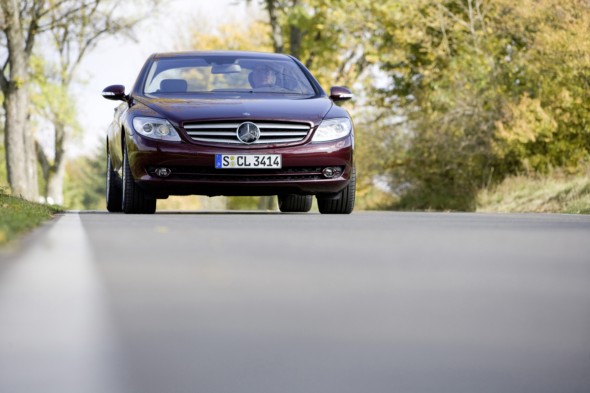 From summer 2008, Mercedes-Benz will also be offering all-wheel drive for its luxury CL-Class Coupé for the first time. The new CL 500 4MATIC offers even greater traction and handling stability in the wet, in snow or on ice.

This two-door model is equipped with a 285-kW/388-hp V8 engine, and in addition to 4MATIC it features innovations such as the Intelligent Light System and the anticipatory occupant protection system PRE-SAFE® as standard. The Mercedes Coupé was launched in autumn 2006, offering the widest model range in this vehicle class with the CL 500, CL 500 4MATIC, CL 600, CL 63 AMG and CL 65 AMG. 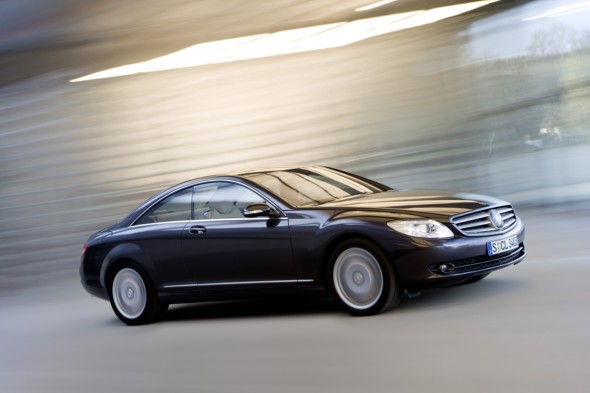 Mercedes-Benz has further improved this all-wheel-drive system, and uses the latest-generation system in the CL 500 4MATIC – the one that has already proved successful in the S-Class. 4MATIC is permanently active and therefore requires no response time to come to the driver’s aid in unfavourable weather and driving conditions. 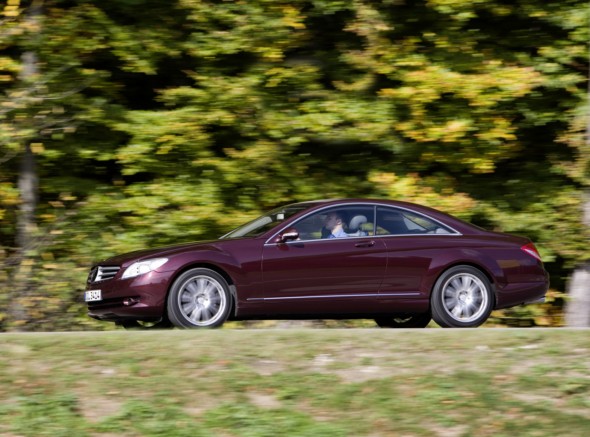 As a result, critical situations can be mastered more effectively and confidently. The heart of the all-wheel-drive system is a transfer case with a central differential, which has been integrated into the seven-speed automatic transmission. From here, the drive torque is split between the front and rear axle at a ratio of 45 to 55. Another new feature is the twin-plate clutch at the central differential. 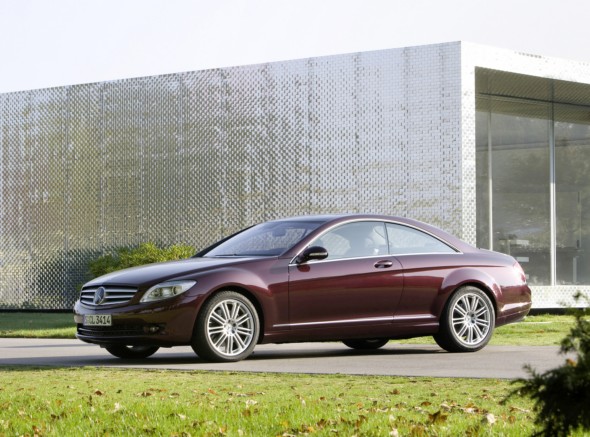 This produces a basic locking effect of around 50 Newton metres between the front and rear axle, which allows variable torque shift between the axles as the situation dictates and thereby achieves further significant improvements in traction and handling stability in the 4MATIC models. 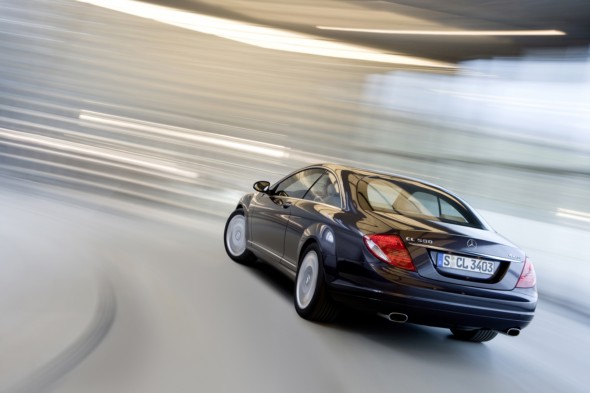 Mercedes-Benz combines 4MATIC as standard with the Electronic Stability Program ESP® and the 4ETS traction system, which brakes spinning wheels as required, increasing the drive torque to the wheels with good grip. The automatic brake pulses which increase traction when pulling away on slippery surfaces and can improve active safety in critical situations are metered by the system on the basis of sensor signals. 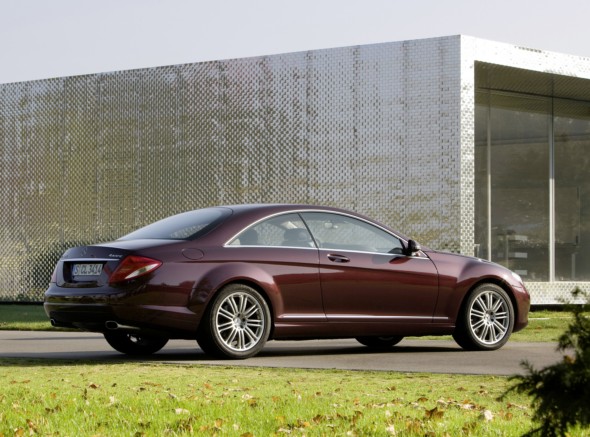 This allows 4ETS to achieve the effect of conventional differential locks while offering more comfort than the technology found in other all-wheel-drive cars. Weighing just 70 kilograms, the new permanent all-wheeldrive system developed by Mercedes-Benz is the lightest drive system of its kind. 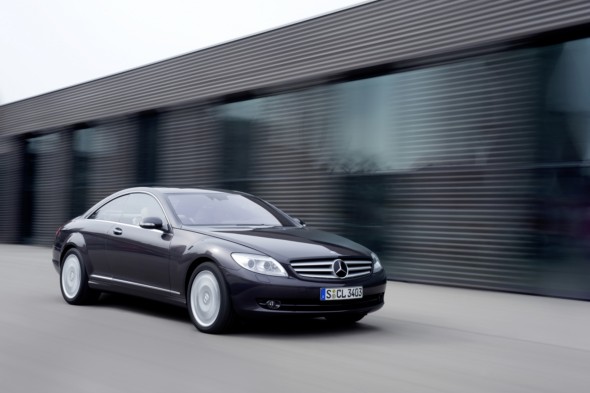 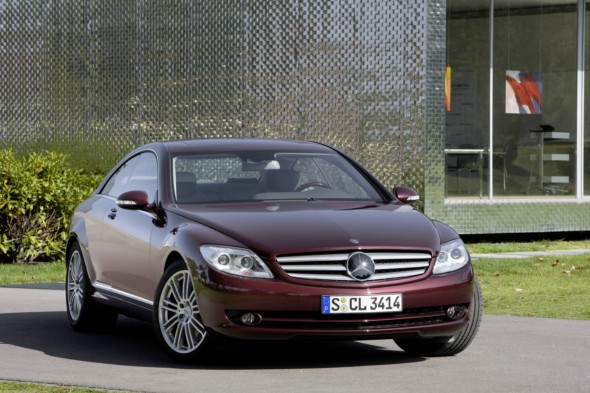 The combined fuel consumption in the NEDC cycle is 12.1 litres per 100 kilometres — a further bonus of the new, highly efficient Mercedes all-wheel-drive system.

The CL 500 4MATIC requires just 5.4 seconds to accelerate from zero to 100 km/h, and reaches an electronically limited top speed of 250 km/h The new 4MATIC model in the CL-Class range is characterised by the same highquality safety and comfort features as the luxury coupé with rear-wheel drive, and additionally offers PASSION leather appointments, a ski bag, multicontour front seats and 18-inch nine-spoke light-alloy wheels. 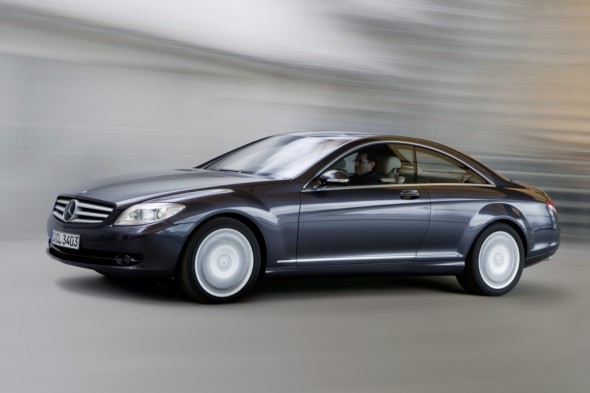 Other Mercedes innovations available as an option include the radar-based Brake Assist PLUS, PRE-SAFE® brakes and night view assist.

Now this is an almost mythical beast