Risk of skidding significantly reduced in all situations.

ESP is today standard equipment on all Mercedes-Benz passenger cars 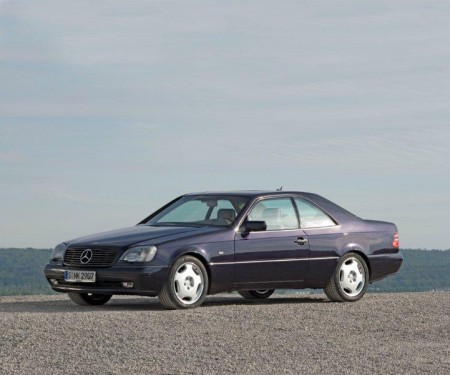 Ten years ago, a milestone in safety engineering was incorporated in the large-scale production of the Mercedes-Benz S 600 coupe: the Electronic Stability Program, ESP. ESP reduces the risk of skidding during cornering and keeps the car on course even under extremely difficult conditions such as black ice or wet roads. The system today forms part of the standard equipment of all Mercedes-Benz passenger cars.
“If all cars were equipped with the Stability Program, more than 20,000 serious traffic accidents with over 27,000 accident victims could be prevented in Germany every year,” says Dr. Thomas Weber, member of the DaimlerChrysler Board of Management with responsibility for Research and Technology and head of Development within the Mercedes Car Group. According to a representative random analysis of the latest accident statistics, Mercedes-Benz passenger cars have been involved in serious accidents much less frequently than cars of other brands ever since ESP was incorporated in large-scale production. While in 1998/1999, the share of newly registered Mercedes-Benz models in the total number of cars involved in accidents was 20.7 percent on average, this figure had declined by more than 42 percent by 2002/2003 thanks to ESP. By contrast, the proportion of cars from other brands in the number of cars involved in accidents declined by just 13 percent. Weber: “Alongside the seat belt, airbag and ABS, ESP is by far the most significant safety system of modern passenger cars.”

ESP improves handling safety by selectively decelerating individual wheels, thereby counteracting the car’s tendency to skid near the critical limits and retaining the driver’s control of the car. Oversteering on corners is corrected by the deceleration of the outer front wheel, understeering by the deceleration of the inner rear wheel. In addition, ESP is capable of throttling engine output with the aim of reducing the car’s road speed.

The history of ESP

Arjeplog, northern Sweden, March 1994: On the frozen Lake Hornovan, two Mercedes-Benz test cars drive lap after lap. While one of them remains dead on course in completing the circular course, the driver of the second car clearly has problems in staying on course. Time and again, the rear of his car breaks away on the black ice, forcing him to countersteer and accelerate anew. Standing at the edge of the track, journalists from all over the world watch the tests, witnessing the world premiere of a milestone in automotive engineering, one that has jointly been developed by Mercedes-Benz and Robert Bosch GmbH. The test car that remains on course is equipped with the active handling safety system ESP. Less than one year after the press presentation in Arjeplog, this ground-breaking new system is incorporated in large-scale production at Mercedes-Benz: The S 600 coupe (C 140 series) is the world’s first car to feature this system, followed a few months later by the S-Class sedan (W 140 series) and the SL roadster (R 129 series).

As early as 1959, Professor Fritz Nallinger, Chief Engineer and a member of the Board of Management of Daimler-Benz AG, filed a patent for a “control device” that was to prevent the spinning of the driven wheels through engine, transmission or brake intervention. His idea was good but remained theory for a long time to come because the relevant prerequisites – sensors and control units capable of intervening with a stabilizing effect in split seconds – simply did not exist. It was not before the advent of microelectronics that progress became possible. Microelectronics proved its suitability for everyday use in the anti-lock braking system (ABS) which made its debut in the S-Class (W 116 series) in 1978. At the same time, the ABS created the foundation for the development of additional systems. It served as the basis for acceleration skid control (ASR, production start in 1981), which controls the longitudinal forces between tires and road surface not only during braking but also, and for the first time, during acceleration, acting on both the brakes and the engine. This was followed by the automatic locking differential (ASD, 1985) and the innovative permanent four-wheel drive 4MATIC (1985). A common feature of all these systems is the recording and limiting of wheel slip by means of advanced microelectronics and hydraulics with the aim of improving the so-called longitudinal dynamics of the car.

Handling safety under all conditions

But the Mercedes-Benz engineers were still not satisfied. Their next goal was to improve handling safety under all conditions, i.e. also during cornering, in evasive maneuvers or in other transverse dynamic vehicle movements with a high risk of skidding. They therefore launched another ambitious development project. Under the working title “transverse acceleration control”, the engineers investigated technical means of identifying skidding movements of a passenger car and reducing them by means of selectively controlling running gear, engine and transmission. After extensive computer simulations and preliminary investigations, the first tests with such a system were staged in 1987, and in subsequent years, thousands of test kilometers were driven. At the same time, the system proved its suitability for everyday use in the driving simulator in Berlin, where the Mercedes-Benz engineers sent 80 male and female drivers onto a trip along an imaginary country road at a speed of 100 km/h, incorporating treacherous black-ice traps with tire-to-road adhesion reduced by over 70 percent on four corners. The result of the tests: without ESP, 78 percent of the drivers had no chance of keeping the car safely on course and skidded off the road up to three times in succession. With the active handling safety system engaged, however, all tests were completed without skidding and without accidents. Small wonder, therefore, that the Mercedes-Benz engineers did not hesitate to test ESP on real-world roads. Series development began in 1992. More than 40 engineers from Mercedes-Benz and Bosch worked together on this ground-breaking project which was completed with the incorporation of the system in large-scale production in 1995.