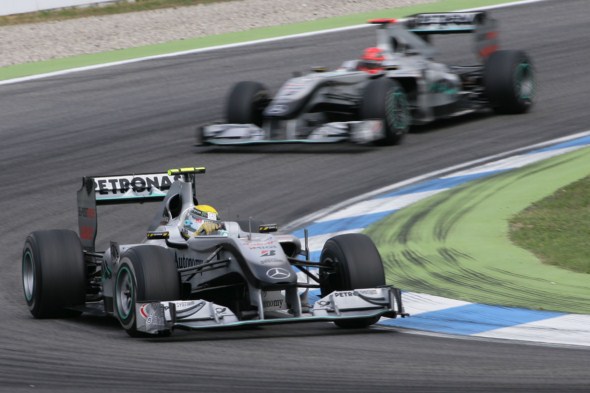 Michael made up three places at the start to be running in eighth position with Nico shadowing him in ninth place. He made his only pit stop on lap 14 with Nico staying out longer and making his stop on lap 24. Despite the two quickest stops of the race, neither driver was able to jump Robert Kubica, with Nico’s later stop being enough to move him ahead of Michael.

“We made the best of our situation today but it is frustrating after being on the podium at the last race. Achieving eighth place is damage limitation really and we were able to minimise the loss to Robert in terms of points but it has generally been a struggle this weekend. My strategy was good and the guys made a fantastic effort with my pit stop being the quickest of the race. There are surely better times ahead in Hungary.”

“I had a pretty good start today but from then onwards, there was not much more that we could do. We were targeting to stay out long but we changed the strategy to react to the circumstances and maybe I could have finished slightly higher. But in the end, that would not have changed much in a race where we had hoped to be more competitive. What we achieved after my stop was the maximum that was possible. Of course I would have wished for more, especially as our race performance tends to be better than qualifying, but it did not work out. We will certainly not get nervous but we have to sit down, analyse the reasons and put the right solutions in place.”

“We did a reasonable job today with the car that we currently have. It was a little bit frustrating, particularly for Nico, as he was in a very strong position to get past Robert Kubica with his strategy. Unfortunately he lost some time getting tangled up with Mark Webber and ended up coming out just behind Robert. The car was more consistent in the race than in qualifying but we have to find some more performance. The team and drivers did a great job, we have good reliability and the two fastest pit stops today, so all the foundations are in place for when we develop a better car.”

“After Nico’s podium at the last race in Silverstone, coming home in eighth and ninth places was not the result that we had been looking for at one of our home races. However our grid positions were not a good base for the race, so better than P8 for Nico and P9 for Michael were not really possible. We could not make our new upgrades work to the planned extent which compromised our speed and lap times. The team worked relentlessly to get the new parts ready for this race, so two points finishes are at least a small reward for their hard work, even if they were not the positions we were hoping for. A big thank you to all of our guys for their efforts, and now we will try to get better results next weekend in Hungary.” 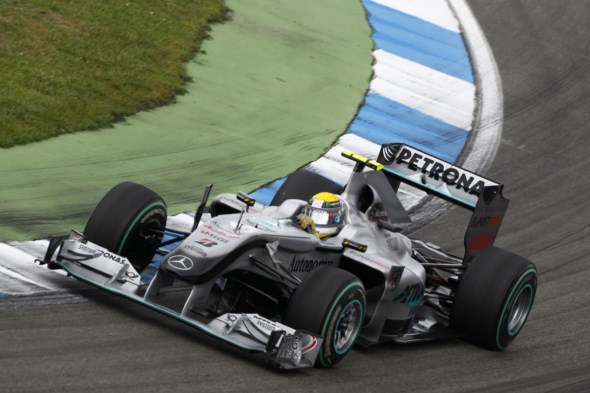