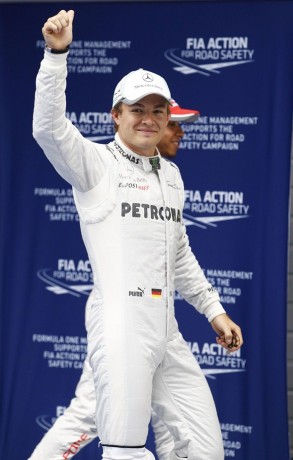 Starting from pole position, he took the chequered flag with a 20s margin over the second placed car, achieving his first win in Formula One. 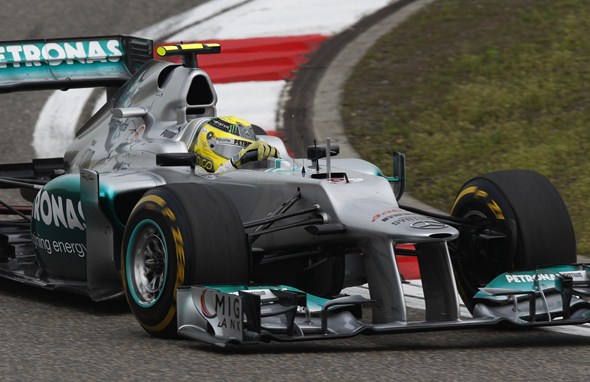 “This is a very special moment for me. The whole weekend went perfectly. My first pole position, now my first win in Formula One – it really is fantastic. But it’s not only this; it’s the first win for the new Silver Arrow and for this great team. That is really special for me. Thanks to everybody in the team, here in China and in our factories in Brackley and Brixworth. It makes me very proud that we have improved the car so quickly. I will never forget this race, and the last 20 laps felt as long as if I was racing in the Le Mans 24 Hours! But then crossing the line was so intense. We will enjoy this success, but our feet are still on the ground. We are still not where we want to be, we are still working hard to understand the car and the tyres in all conditions, and we will keep pushing to improve our race pace even further. We will see how that works out in Bahrain.”

“First of all, congratulations to the whole team, to Mercedes-Benz and of course to Nico who achieved a perfect victory from start to finish. He did a great job today and yesterday, and I am happy for him. As for my race, my right front tyre got loose following my first pit stop. As I did not want to cause any bigger damage to the car, I stopped on the grass. I felt there was something wrong immediately and especially in turn three, when I put pressure on the right side of the car. Up until then I had a controlled race I’d say, keeping the others behind me and the tyres together. Of course, this was an unfortunate ending to what could have been a nice race, and I feel sorry for the guys, who always work so hard and give their best. But we all know that’s part of the game.” 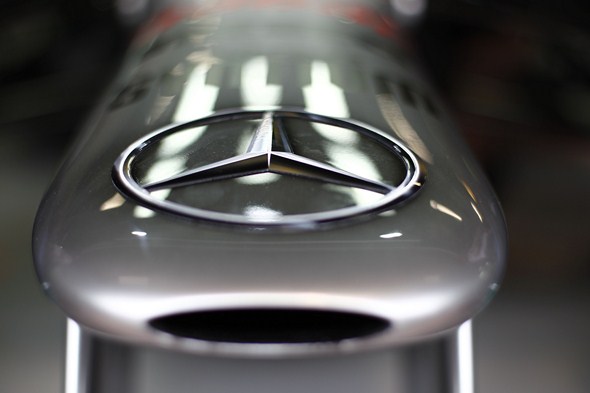 “This is a truly special and historic day. I am so delighted for Nico, he has deserved to take his first victory several times, and has now done so by driving a perfectly judged race from pole position. I am excited to see how he develops now he has that win under his belt. Commiserations to Michael, who was driving a controlled race in second position, but was forced to retire after his pit stop. However, he is the first man to say that we win and lose as a team, and his performances this year prove that he is equally capable of climbing to the top step of the podium. Heartfelt congratulations to all our team here at the track, in Brackley and in Brixworth; they have put tremendous effort into this project, and we are now starting to see the rewards for their dedication and expertise. Finally, I must thank all our colleagues at Mercedes-Benz in Stuttgart and around the world – their support has been unstinting, and we are proud to deliver the first victory for a works Silver Arrow car in 57 years. I was just one year old when Juan Manuel Fangio won in Monza in 1955 – but this victory is something I will remember, and savour, for a very long time indeed!”

“What a sensational victory from Nico and our team! It was unbelievable how Nico drove and controlled the race from lap one to 56. A big thank you to everybody in Brackley, Brixworth, Stuttgart, Fellbach, Untertürkheim and Möhringen for all their relentless work and their belief in our capabilities and that we can make it. Nico’s performance was superb today, the team executed a great two-stop strategy, and Nico and his car managed the tyres very well. It was a shame for Michael, who dropped out after his first pit stop because of a problem with the right front wheel; he missed out on a possible very good podium result. It was particularly sweet to see Jenson and Lewis on the podium – Mercedes Power to the power of three!” 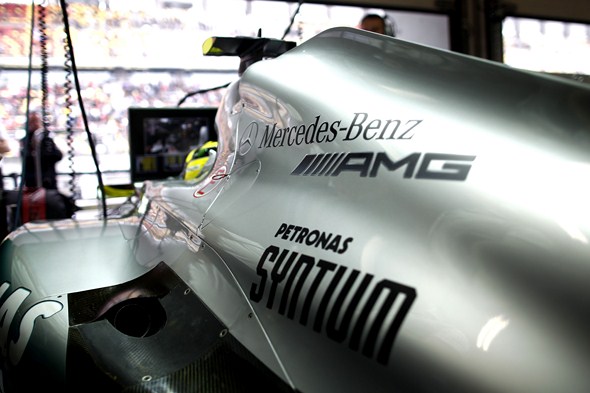 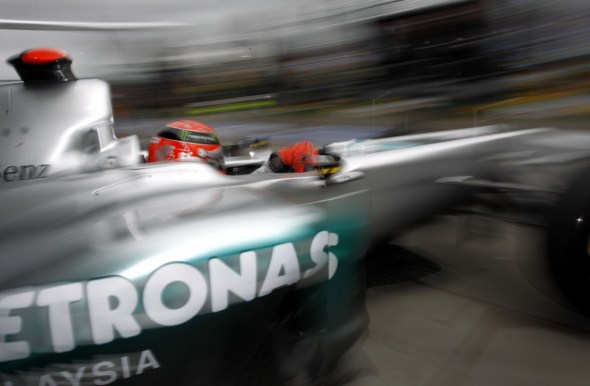